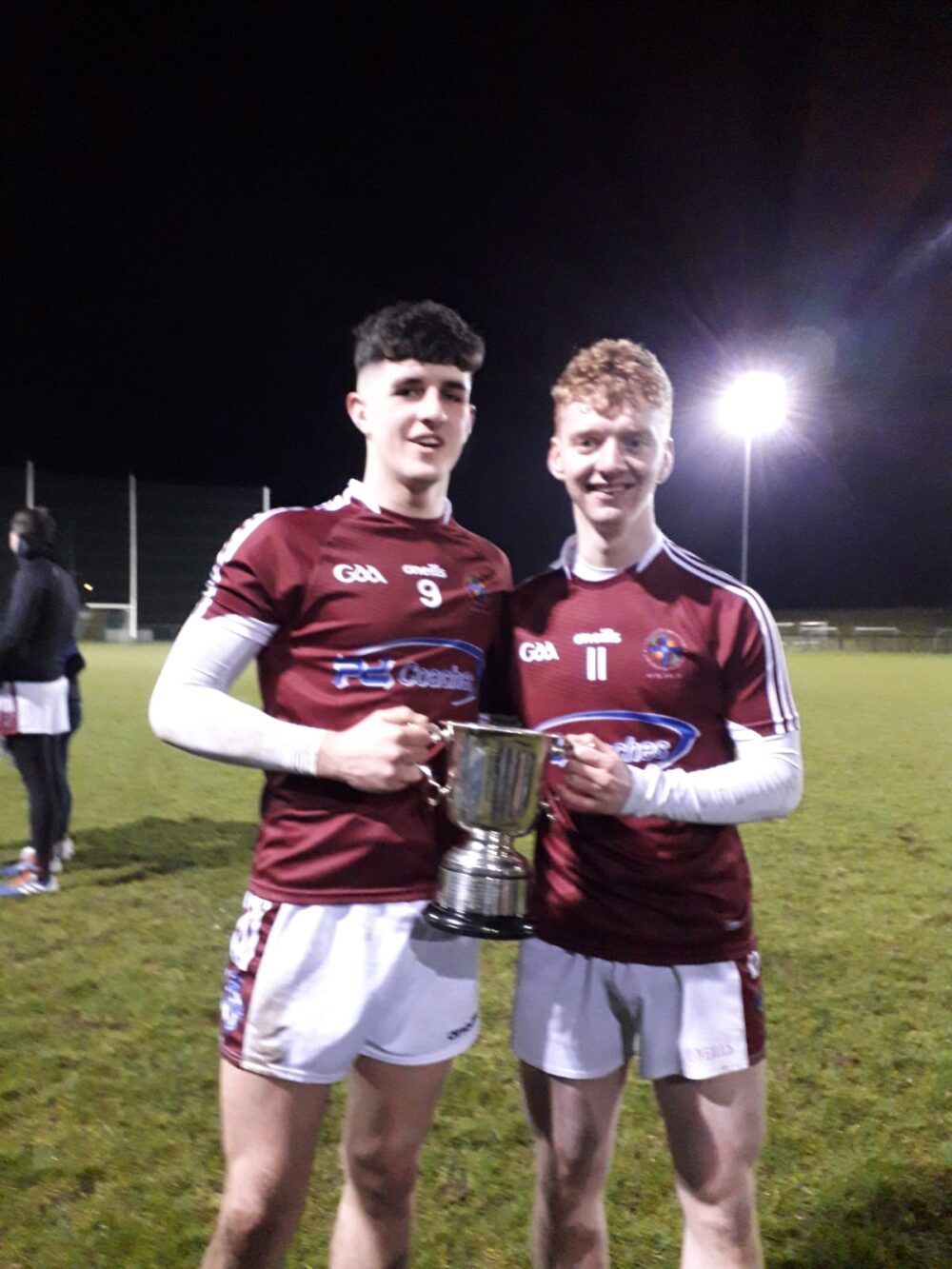 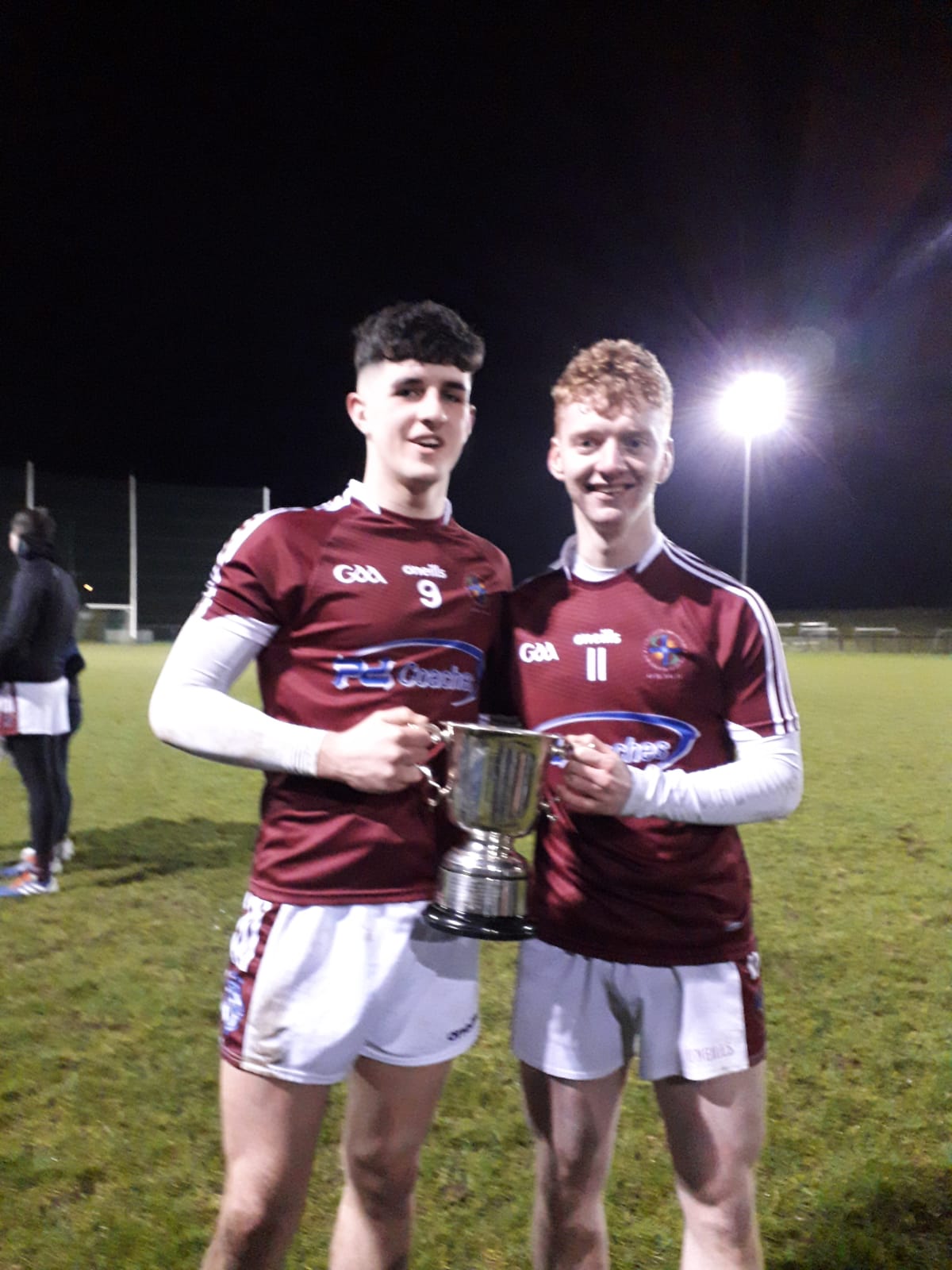 Eoin Montgomery and Ronan Maguire with the MacCormack Cup

It is the second MacCormack Cup medal for both Ronan and Eoin as they were also part of last year’s squad that won the competition alongside other Drumragh players Aaron Montgomery and Malachy McManus.

Omagh CBS’s attention now turns to the MacRory Cup and they will play either St Patrick’s, Armagh or Abbey CBS in the quarter-final next month.