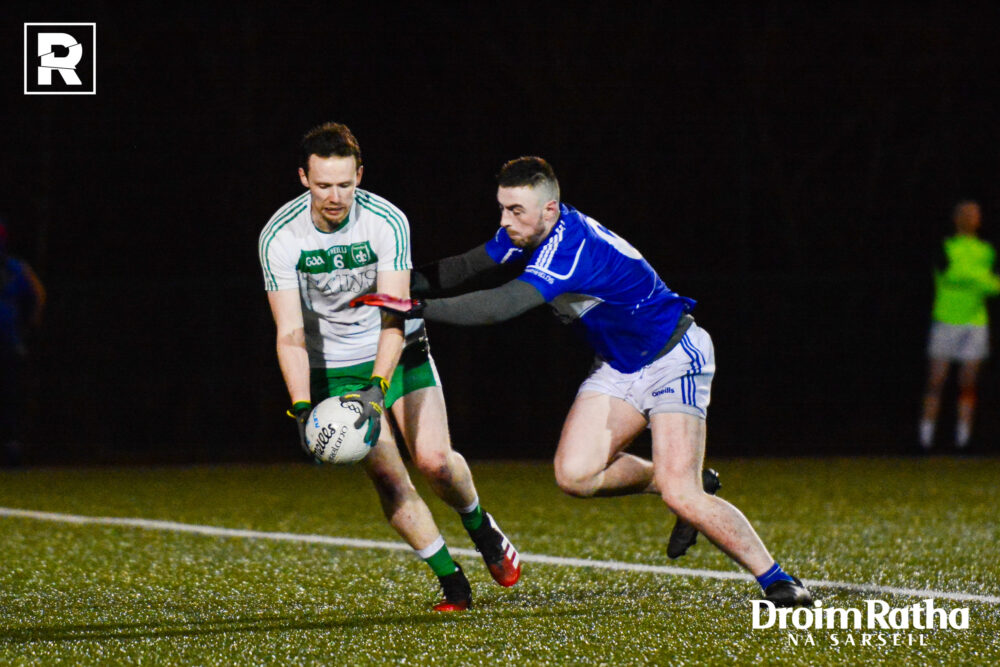 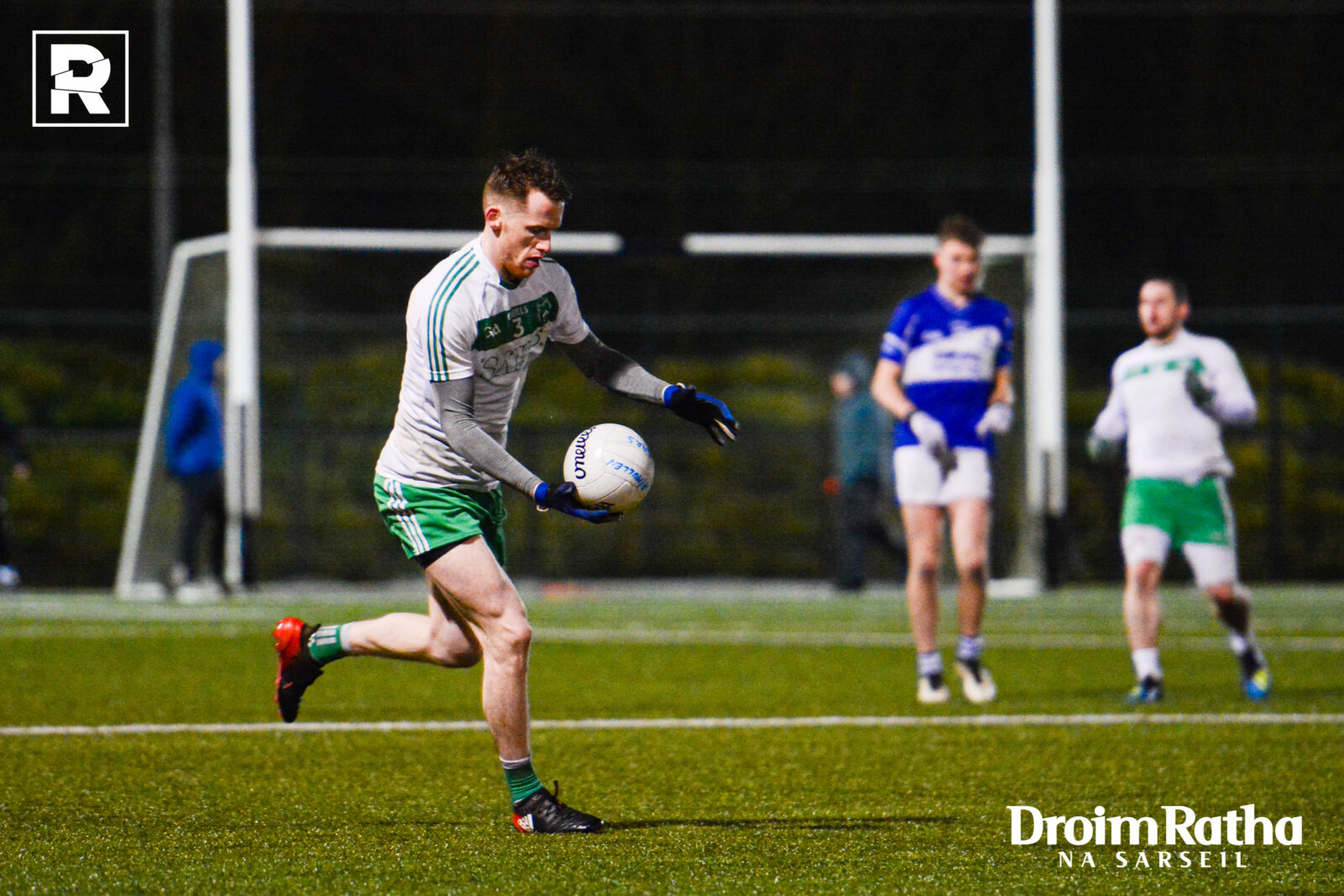 However, a scorekeeping error from the referee means this will be officially recorded as a one-point victory for the Monaghan side.

It was a game played in horrible conditions up in Garvaghey. Drumragh started well and went in front through a brilliant score from centre-forward Ciaran Donaghey. Aughnamullen quickly responded with a free but Malachy McManus put Drumragh ahead again with another good point from play.

That lead was stretched out even further when a long-range free from Ciaran found its way to the back of the net. Unfortunately, Ciaran was forced off injured not long after.

Drumragh were having a lot of possession with Eamonn McCann, Malachy and Michael Roche heavily involved in the play. They missed a number of scoring opportunities though and Aughnamullen hit the next three scores to bring it back to a one-point game. But Eamonn replied with a nice point before Aughnamullen converted another free, leaving Drumragh ahead 1-3 to 0-5 at half-time. 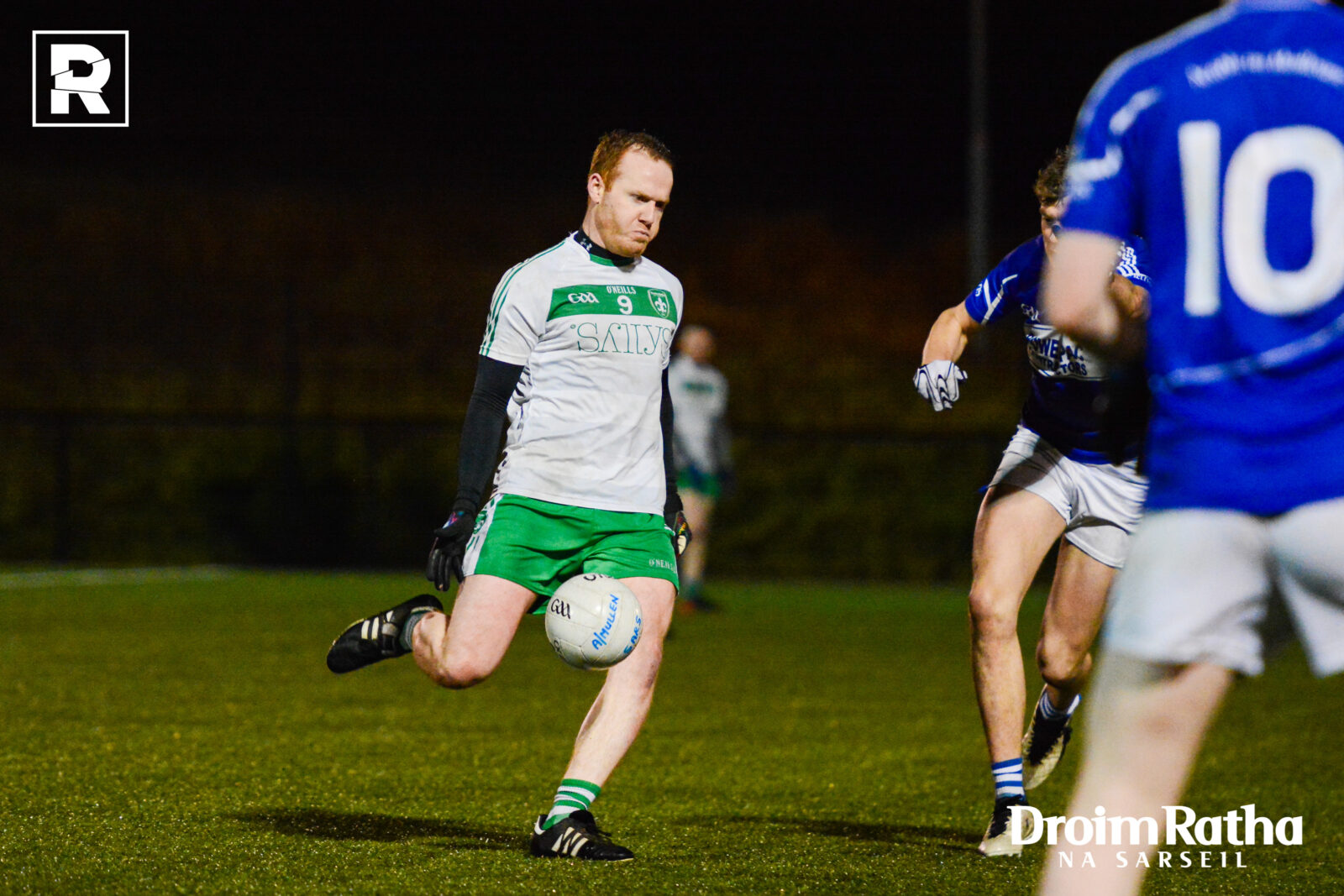 Aughnamullen were now playing with the help of a strong wind and made a quick start to the second half with two well-taken points to go ahead for the first time in the match.

Sub Tommy Mullin brought the sides level and then put Drumragh in front again with a couple of frees after strong runs from Barry Kirwan and Ronan McGale had been stopped illegally.

Tommy then added a wonderful individual score to put Drumragh two points up entering the last 10 minutes. Aughnamullen finished the game strongly, however, and scored two points to bring themselves level, the second of which was from a 45 after Drumragh goalkeeper James Colgan produced a fantastic save when one-on-one with an Aughnamullen forward.

They had chances to win it as well but the Drumragh defence continued to defend superbly, as they had done all game. They made Aughnamullen work very hard for every score with Eoin McGread, Ronan and Paddy Colgan all playing very well.

It was another good performance from Drumragh and they will play Brocagh in their final group stage game next weekend, with a place in the next round still a possibility. 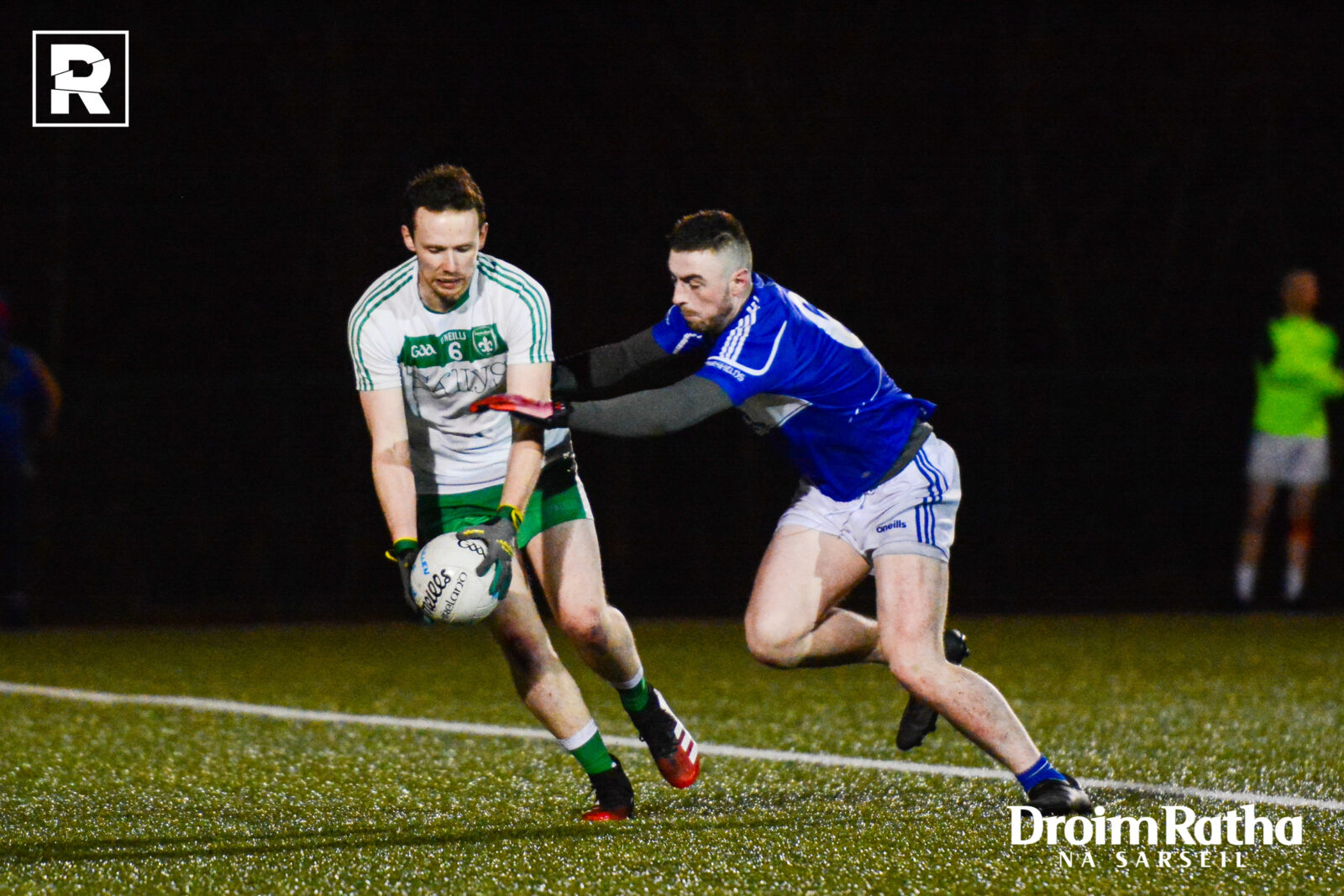 Paddy Colgan is tackled by an Aughnamullen player