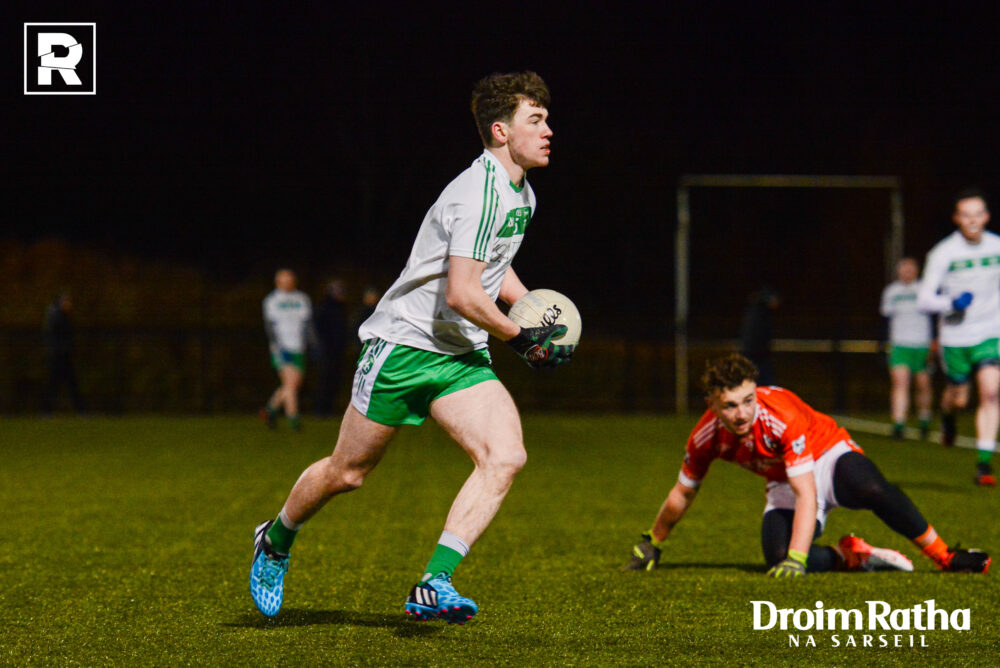 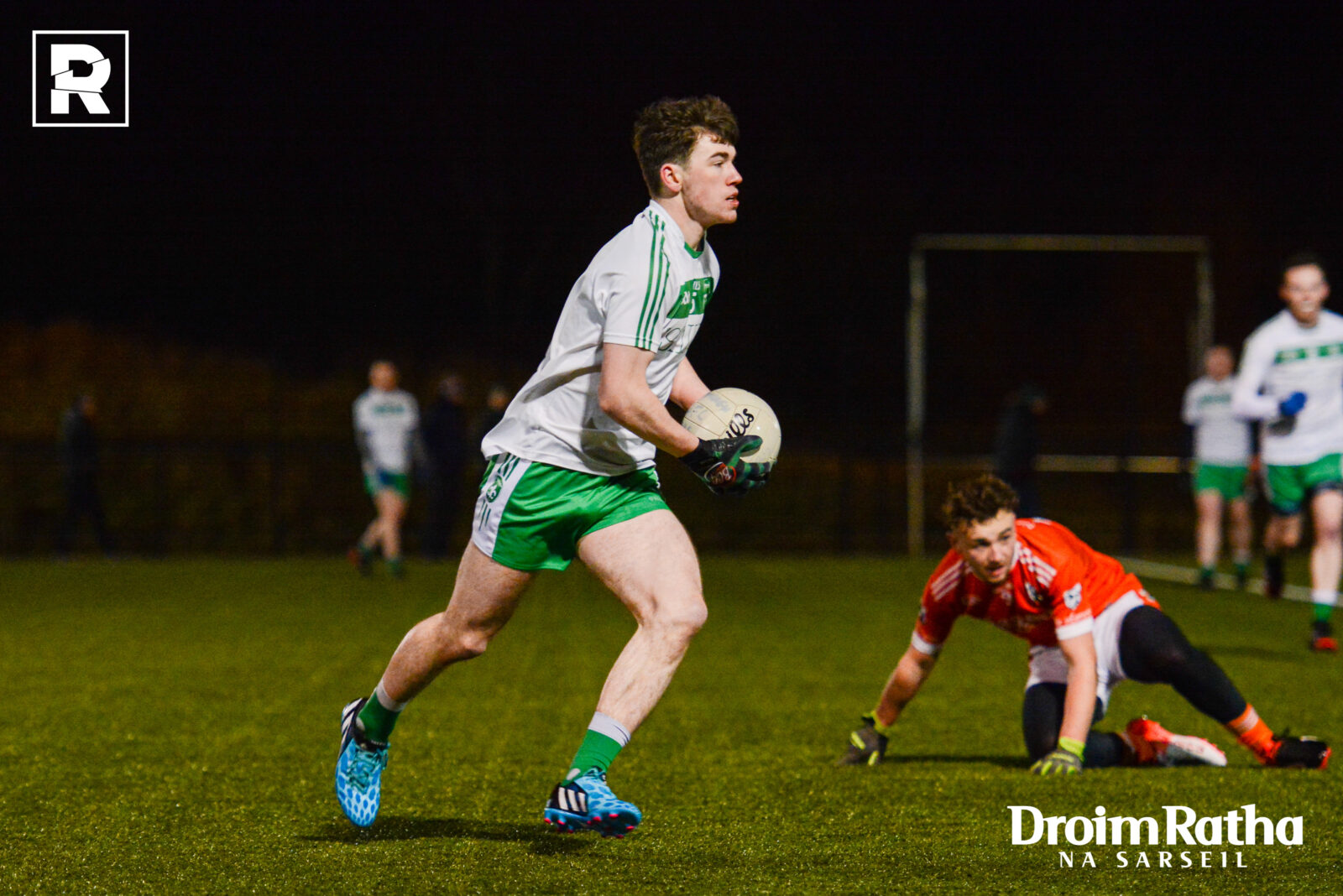 Drumragh seniors qualified for the Ulster Junior Club League quarter-finals with a 1-6 to 0-7 win over Brocagh at an extremely cold Garvaghey on Wednesday evening.

A goal from midfielder Benny Drumm before half-time was the key score in a game that was close all the way through.

It was Brocagh though who made the better start and they quickly went into a 0-3 to 0-0 lead with a couple of good scores from play. Playing against the wind, Drumragh were struggling to get the ball up the field and weren’t taking advantage of the times they did early on.

But they settled and got on the scoreboard with a fine point from Shane Devine. Tommy Mullin tagged on a free and then Drumragh went in front for the first time with Benny’s goal, a brilliant top corner finish after he had been set up by Tommy.

Brocagh responded with a free and that left the half-time score 1-2 to 0-4 in favour of Drumragh. 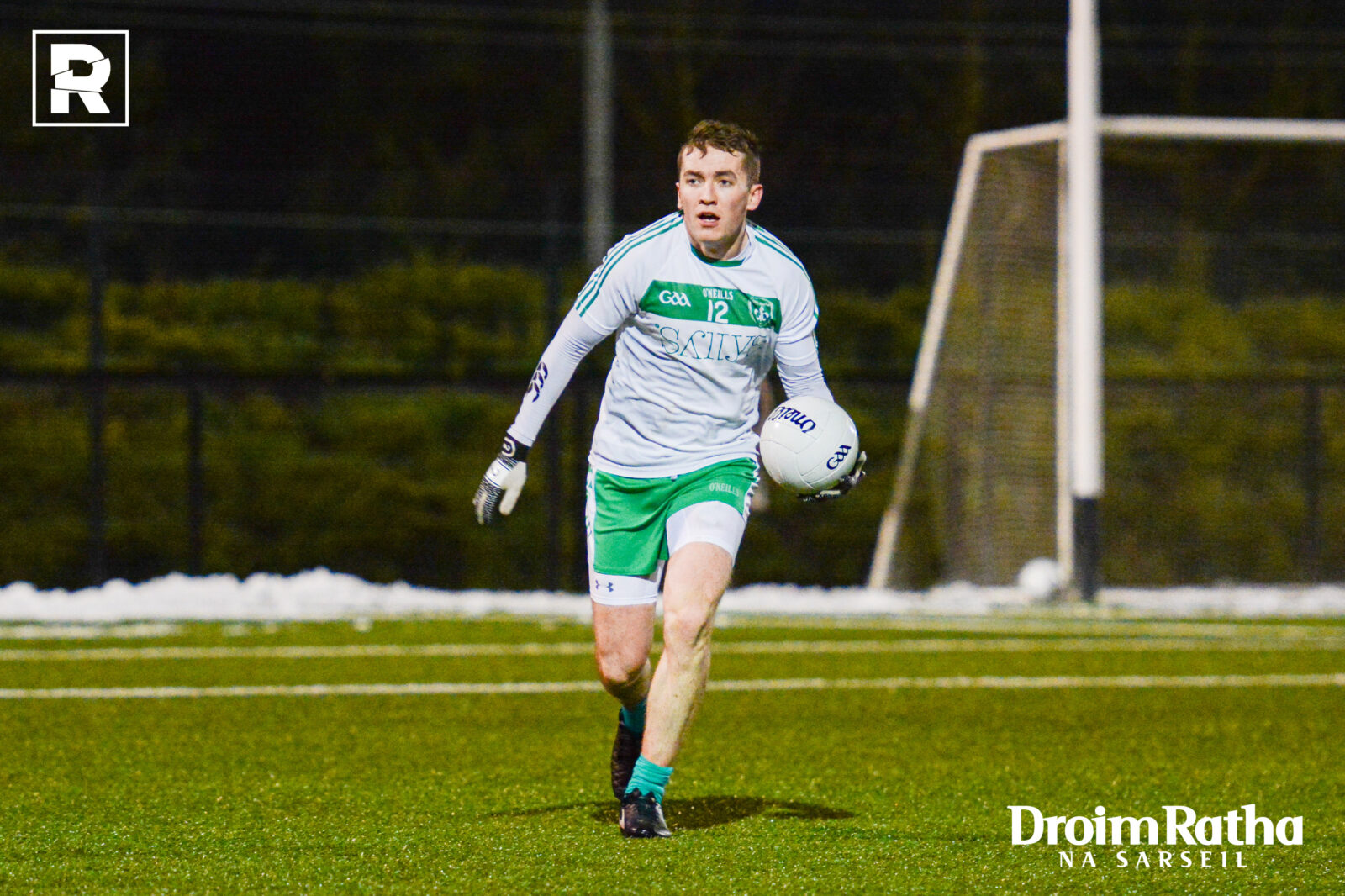 Barry Fitzgerald in action against Brocagh

Brocagh quickly brought the sides level at the start of the second half and it went point for point for a while with Barry Fitzgerald and Tommy on target for Drumragh.

Drumragh were seeing plenty of the ball as the half went on but were unable to turn possession into scores against an often packed and determined Brocagh defence. And when Brocagh broke forward, Drumragh defended really well themselves with Sean McGale and Micheal Mullin making some important turnovers.

Drumragh did eventually go back in front when Tommy kicked a great long-range point from play and he soon added another as Drumragh took a bit of control of the game. Both sides had chances in the final few minutes but neither team were able to add to their total and so Drumragh ran out two-point winners, securing a place in the competition’s last eight. 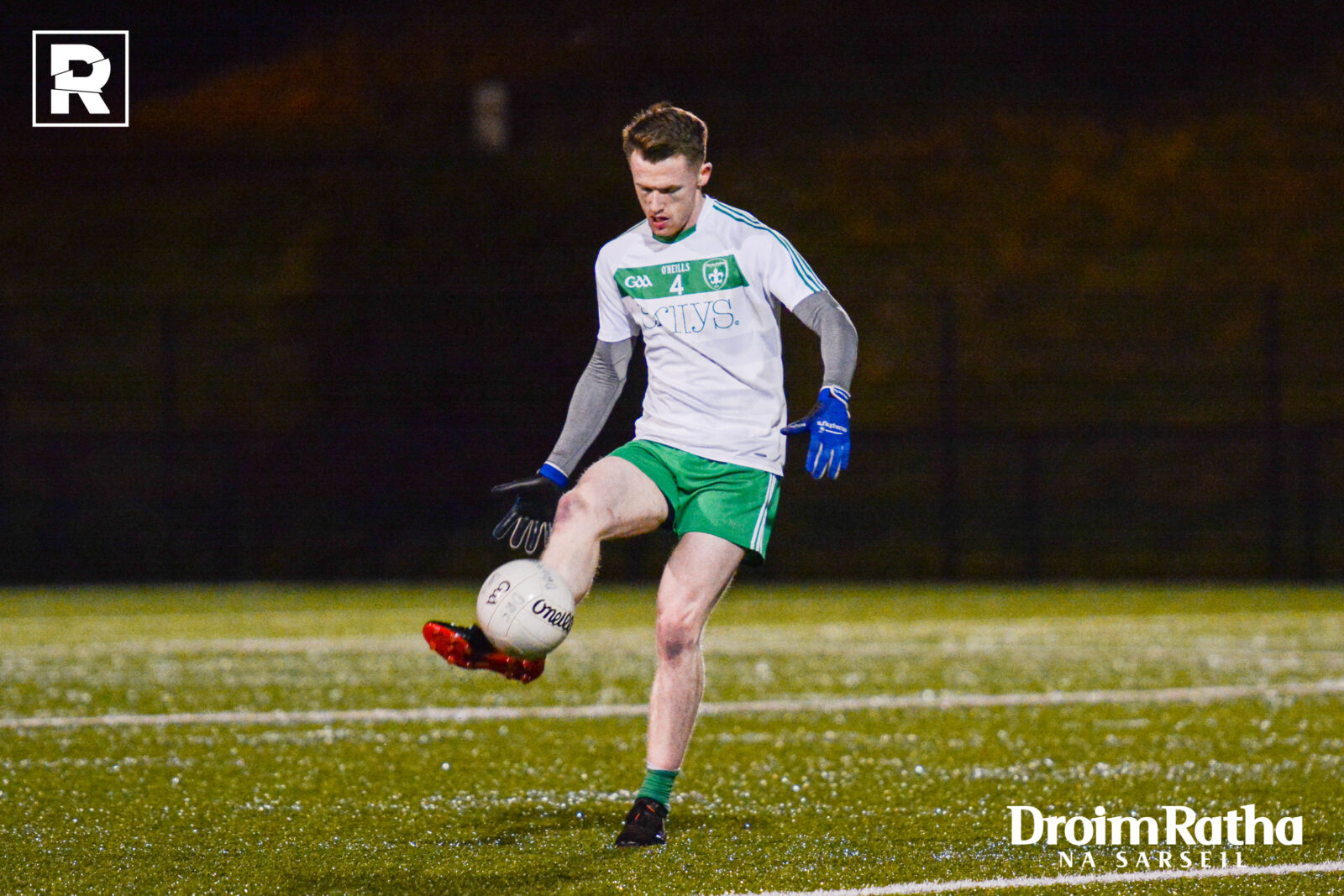 Drumragh U14 boys impress in win over Castlederg