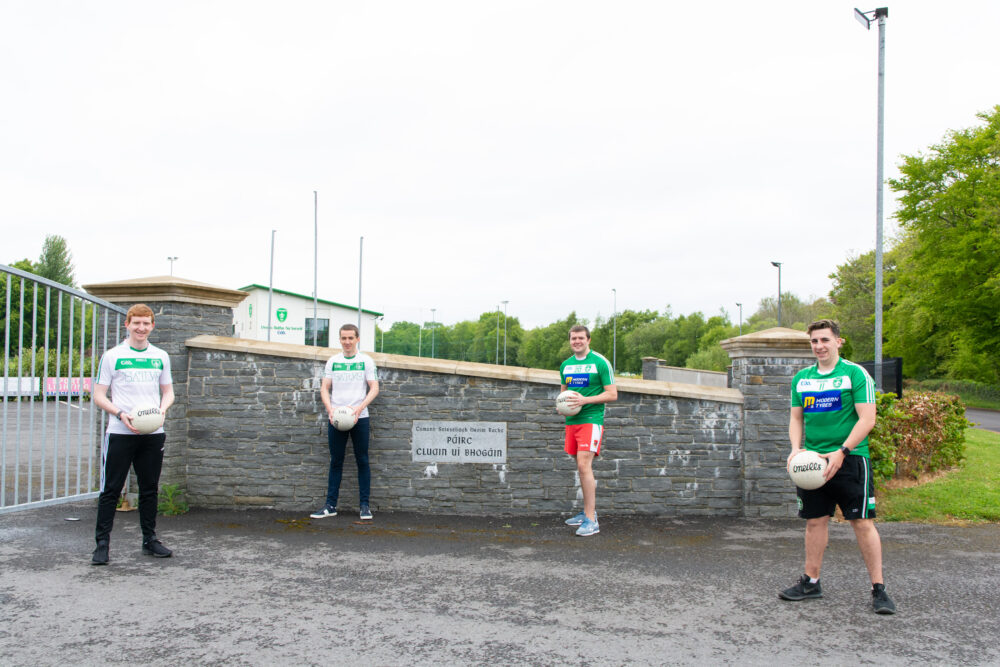 Drumragh raise over £9,000 for Trocaire in The Great Solo Re-Run

Patrick GriffinMay 18, 2020Comments Off on Drumragh raise over £9,000 for Trocaire in The Great Solo Re-Run01k 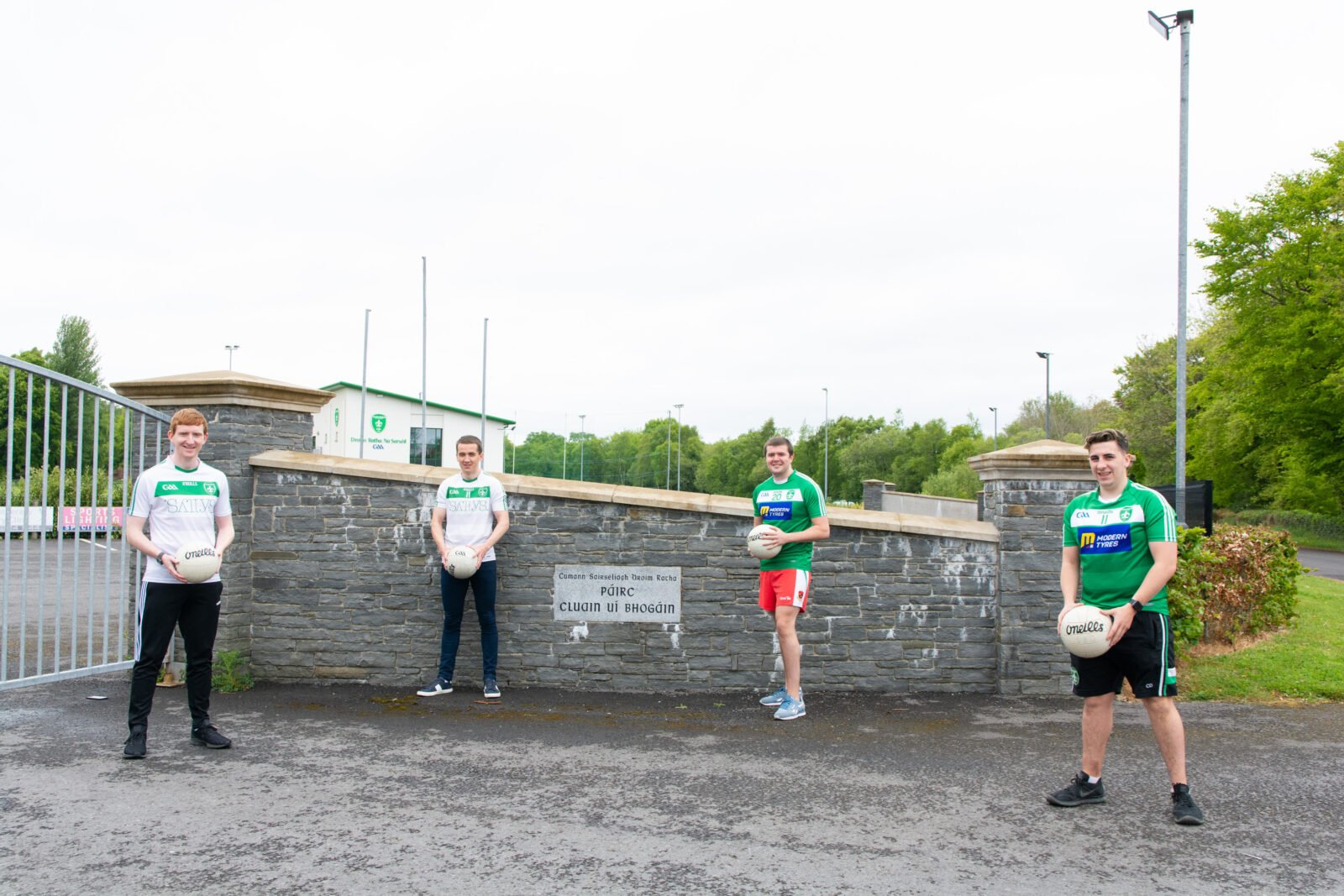 Senior footballers Eoin McGread, Barry Fitzgerald, Paddy Roche and Ciaran Donaghey outside Clanabogan Park after the completion of The Great Solo Re-Run at the weekend

From the safety of their own homes and gardens, members of Drumragh Sarsfields took part in The Great Solo Re-Run on Saturday and, thanks to many generous donations, have in the process raised an incredible £9,000 for Trocaire, a number that is still rising.

The original Great Solo Run in August 2011 saw 150 club members solo a football, in relay, 115 miles from their home ground in Clanabogan, near Omagh, all the way to Croke Park.

Organised by the Drumragh senior footballers, the latest challenge involved 350 participants – ranging from the club’s Gaelic Start players to the senior mens and ladies teams, to the Gaelic For Mothers And Others to the committee and club supporters – showcasing their soloing skills, all for a good cause.

The target was to reach 36,000 solos – the number it took to get from Clanabogan to Croke Park back in 2011. But such was the level of interest and number of people wanting to take part, that target was reached before 11am, inundating organisers.

By the end of the day more than 120,000 solos had been submitted to the challenge, over three times the original target. The 100,000th solo was taken by Drumragh Club President Eugene Duffy, who celebrated his 83th birthday earlier in the week.

Regular updates were posted on the club’s social media streams generating a huge interest from far and wide, prompting players from other clubs to get involved.

“The event was a phenomenal success,” Paddy Roche, one of the organisers, said.

“We smashed all expectations, the numbers of solos continued to rise steadily all day, as did the donations. These donations came from members of our club and also from further afield.”

It was an event that brought the Drumragh community together including members now based around the world.

“We had participants from all corners of the globe taking part including members in Glasgow, Liverpool, Manchester, Canada and Australia along with hundreds of members locally,” Paddy added.

“There is no doubt that this event brought the club together. It gave everyone a sense of pride and community even when we’re unable to physically meet and celebrate.”

“On behalf of the senior men we are all very proud of the effort put in by our club. It is the loyal members that allowed us to surpass our original target and raise much needed funds for Trocaire, whilst giving the club a much needed feel good factor during lockdown.

“The money raised will go a long way, and we want to thank every person who donated and every man, woman and child who participated. Without their involvement it would not have been possible.”

“We are deeply indebted to all who made the effort to organise, participate and donate. A most generous donation has been made to Trocaire to support their international cause,” he said

“The event was initiated by the senior players who have been scratching their heads with challenges to keep motivation levels boosted. In getting together with The Great Solo Run co-ordinators, they set on a plan for the Great Solo Re-Run involving every club member and supporters from all over the world.

“The event was about club, community, charity and connectivity. It was great to see so many taking part, including Ruairi Devine, a past player working as a paramedic in the Nightingale Hospital in London, and other current players serving the community frontline.” 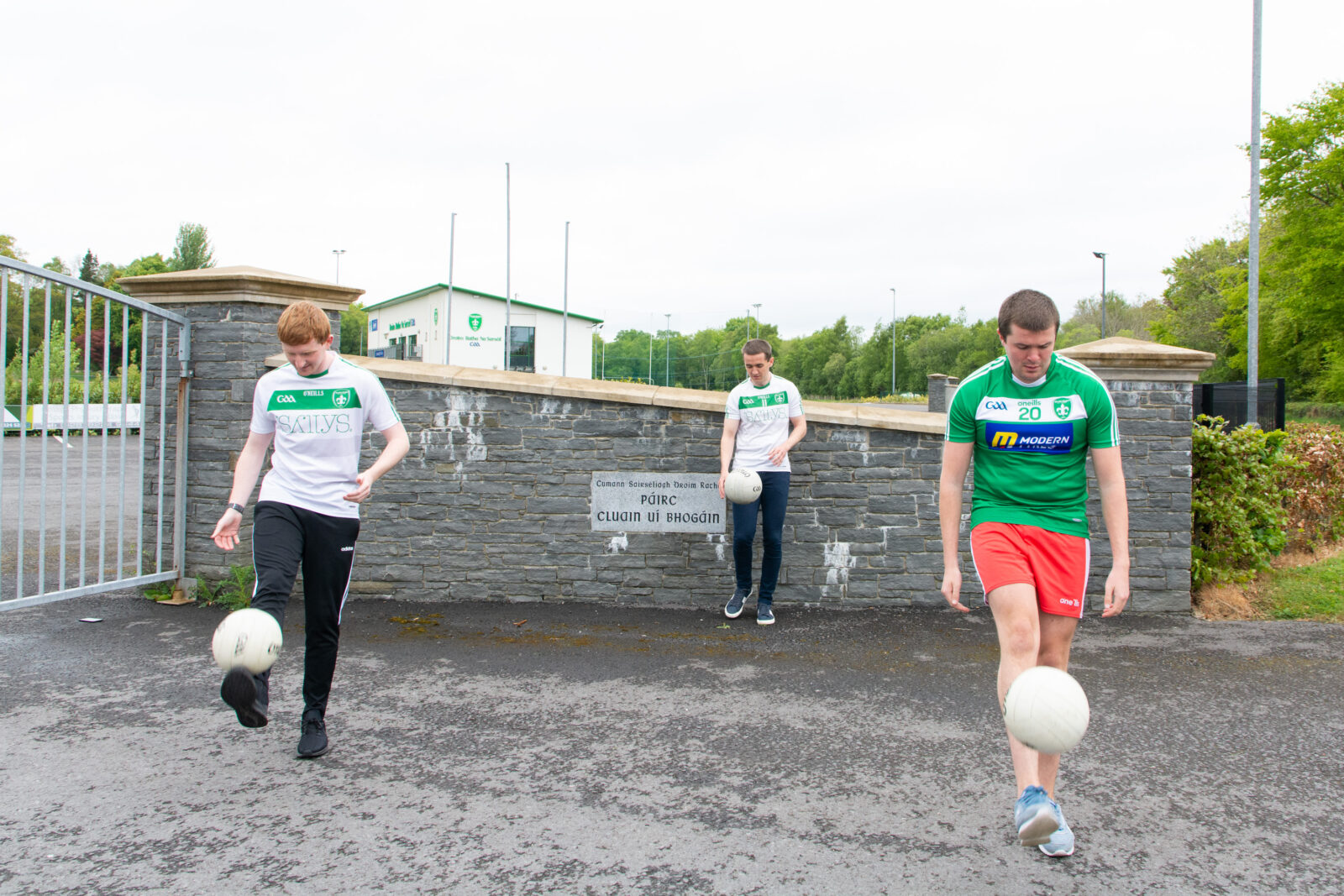 Senior footballers Eoin McGread, Barry Fitzgerald and Paddy Roche get a few final solos in before the end of The Great Solo Re-Run outside Clanabogan Park on Saturday