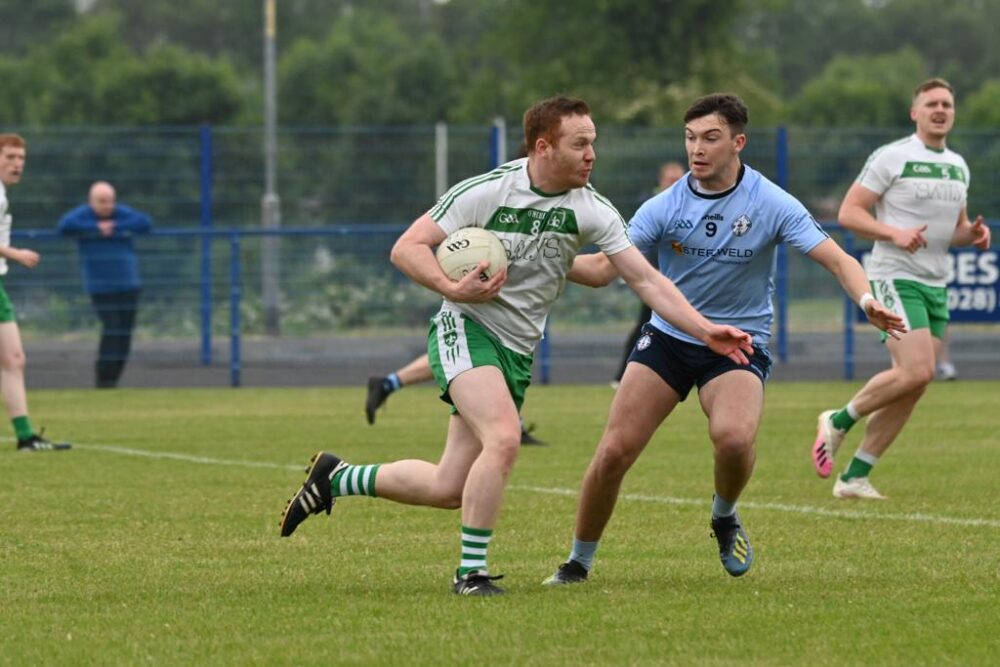 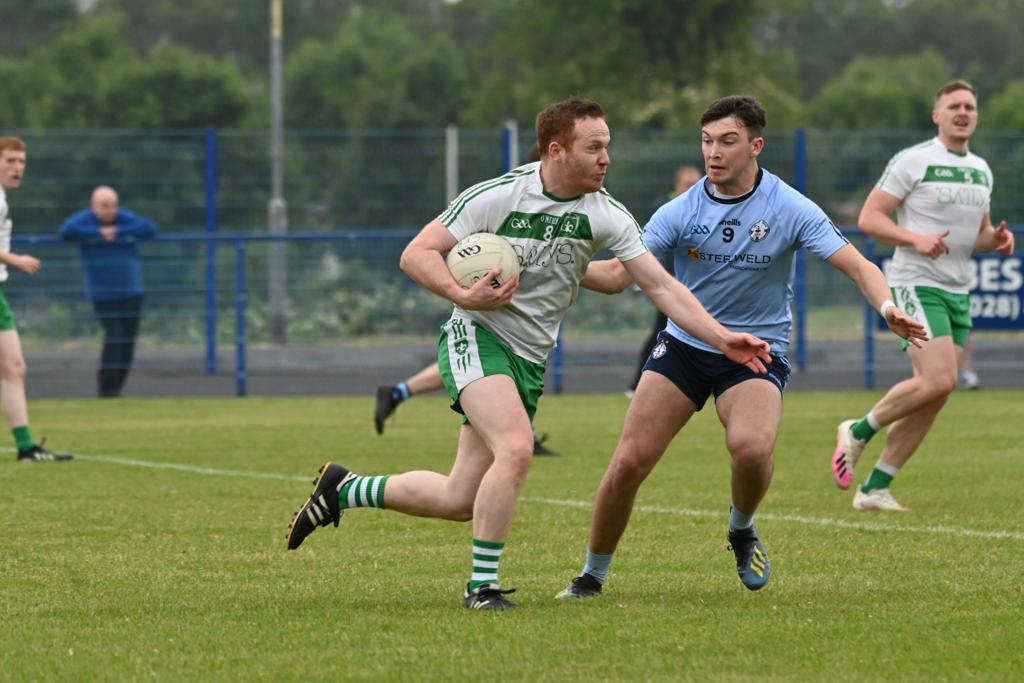 Eamonn McCann sets up an attack for Drumragh against Cookstown

An injury-time goal from Tommy Murphy gave Drumragh senior men a brilliant league win over Cookstown last Friday. In a game that was close and tense throughout, with the lead changing hands numerous times, Tommy’s goal ensured Drumragh had the lead once the final whistle was blown.

Drumragh led by a single point at half-time. Late scores from Cormac Norris and two from Kevin Marron giving them that lead. Shane Cleary (2) and Tommy Murphy were also on target during the opening 30 minutes with some good points. 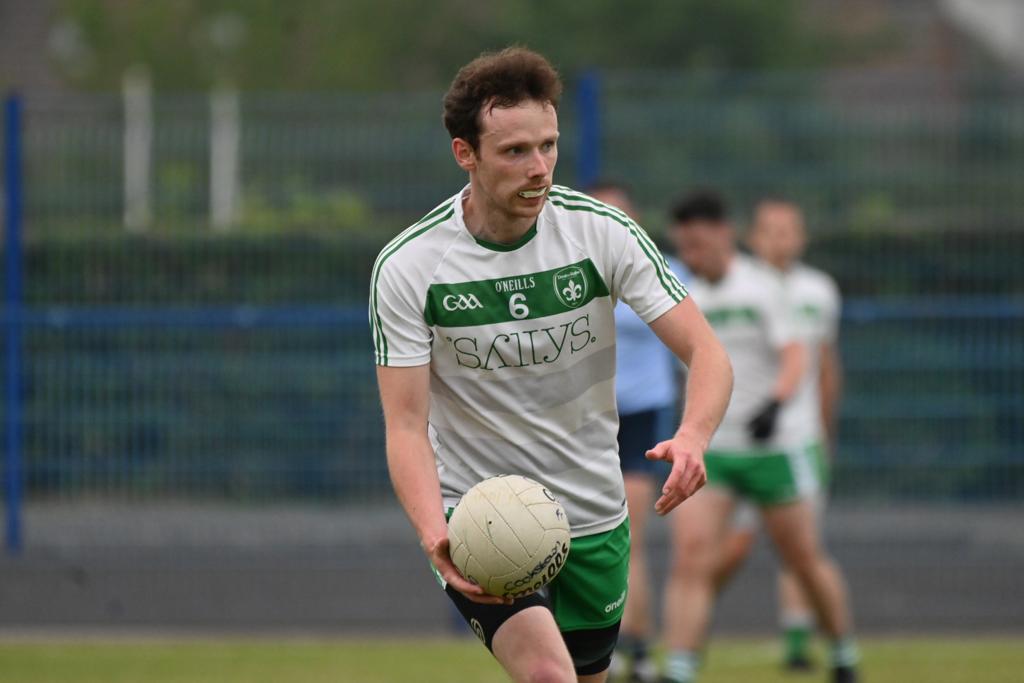 Ronan Maguire, Shane Cleary and Tommy Murphy kicked points for Drumragh during the second half.

A goal for Cookstown gave them the lead approaching full-time. But there was still time for drama and Tommy’s late goal meant Drumragh went home with their fifth consecutive victory to begin the season.