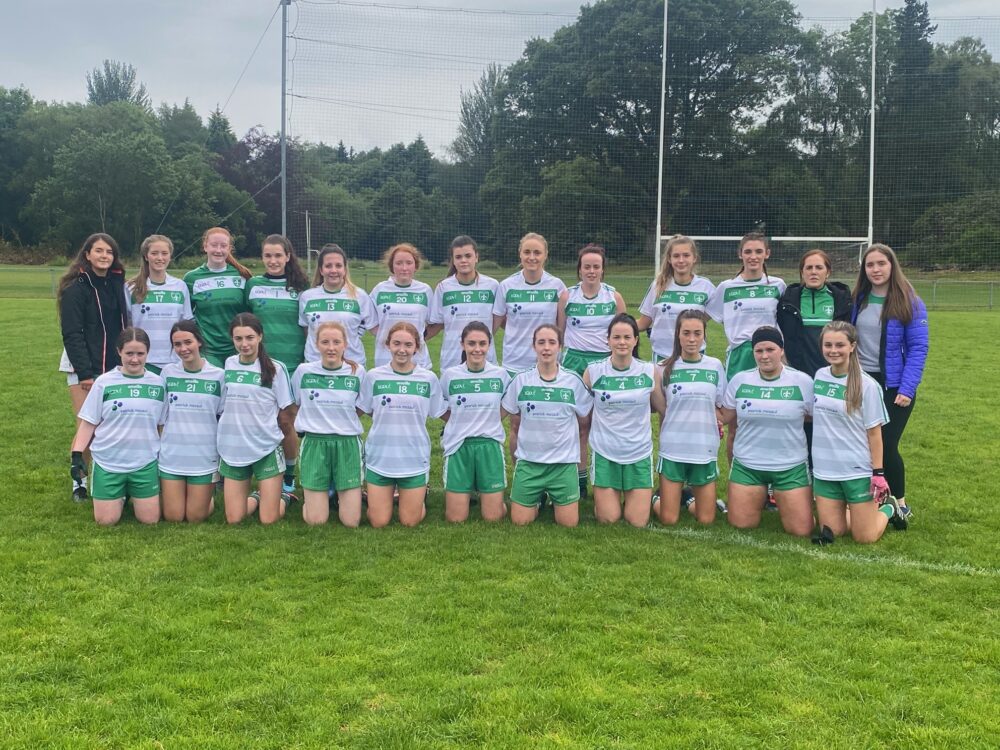 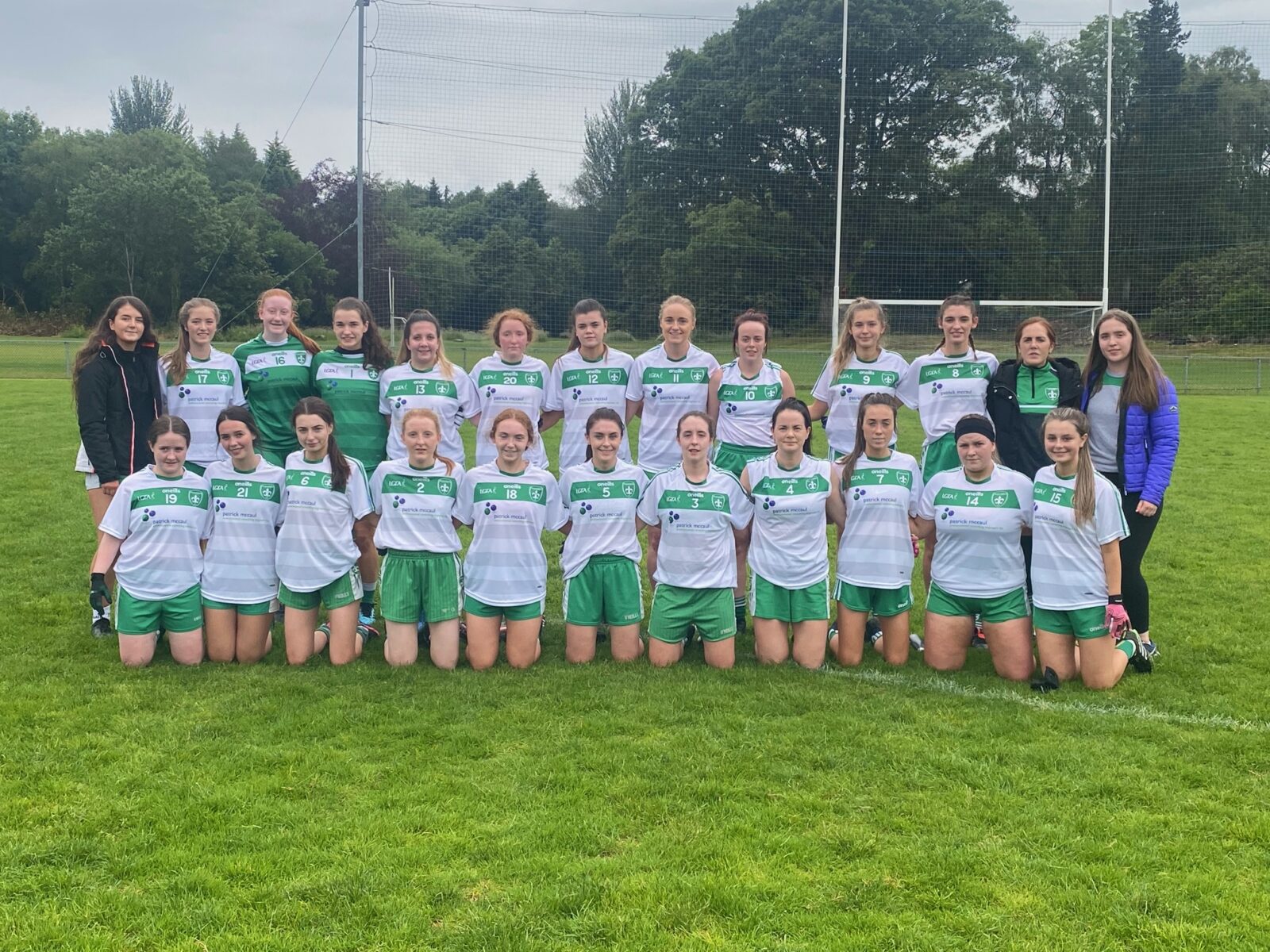 Drumragh senior ladies before their game against Loughmacrory at Clanabogan Park

Drumragh senior ladies won their second game on the bounce with an excellent victory over Loughmacrory at Clanabogan last week.

It was the away side that got off to the better start though and they quickly raced into a 1-2 to no score lead. They were very much on top and good defending from Edel Meenagh and Clodagh Loughran prevented Loughmacrory from extending their lead.

But Drumragh settled and got on the scoreboard thanks to a great point from Julieanne Quinn.

Drumragh were then awarded a free following a foul on Neamh Woods and Sorcha McKenna brought it back to a one-point game, coolly slotting the ball in the bottom corner of the net.

Rachel Cleary brought the teams level with a point and then Ella Smyth gave Drumragh the lead with a goal.

A fantastic pass from Sorcha McKenna allowed Grace O’Neill to extend the lead with a good score while Neamh Woods set Sorcha up for another point.

Kathryn Donaghey put the ball over the bar after a brilliant pass from Grace O’Neill and an excellent point from Neamh Woods meant Drumragh enjoyed a seven-point lead at half-time.

Drumragh gave nothing away defensively after the opening with Clodagh Loughran, Shannon Starrs and Claire McGread all performing well.

Loughmacrory opening the scoring in the second half but Drumragh took a grip of the game with a terrific goal from Grace O’Neill. Edel Meenagh won the ball back in the Drumragh defence, Blanaid McGarvey, Julieanne Quinn and Joanne Barrett moved the ball up field where Grace found herself one-on-one with the Loughmacrory goalkeeper and she finished brilliantly to the top corner.

Loughmacrory had their moments and Drumragh goalkeeper Josephine Quinn made an excellent save and Clodagh Loughran, Aoibhinn Gallagher and Claire McGread all made some vital interceptions just as Loughmacrory threatened.

Loughmacrory did get in for a goal but Drumragh’s response was good and they pushed on for the win.

Sorcha McKenna converted a couple of frees after fouls on Josie Hughes and Caoimhe McCarron. Sorcha’s sister Coblaith then kicked a wonderful score from play after Kayla Molloy, Rachel Cleary and Iona Mills combined to put her through on goal, before Sorcha brought the scoring to a close with another point.

A good performance from Drumragh and a brilliant win. 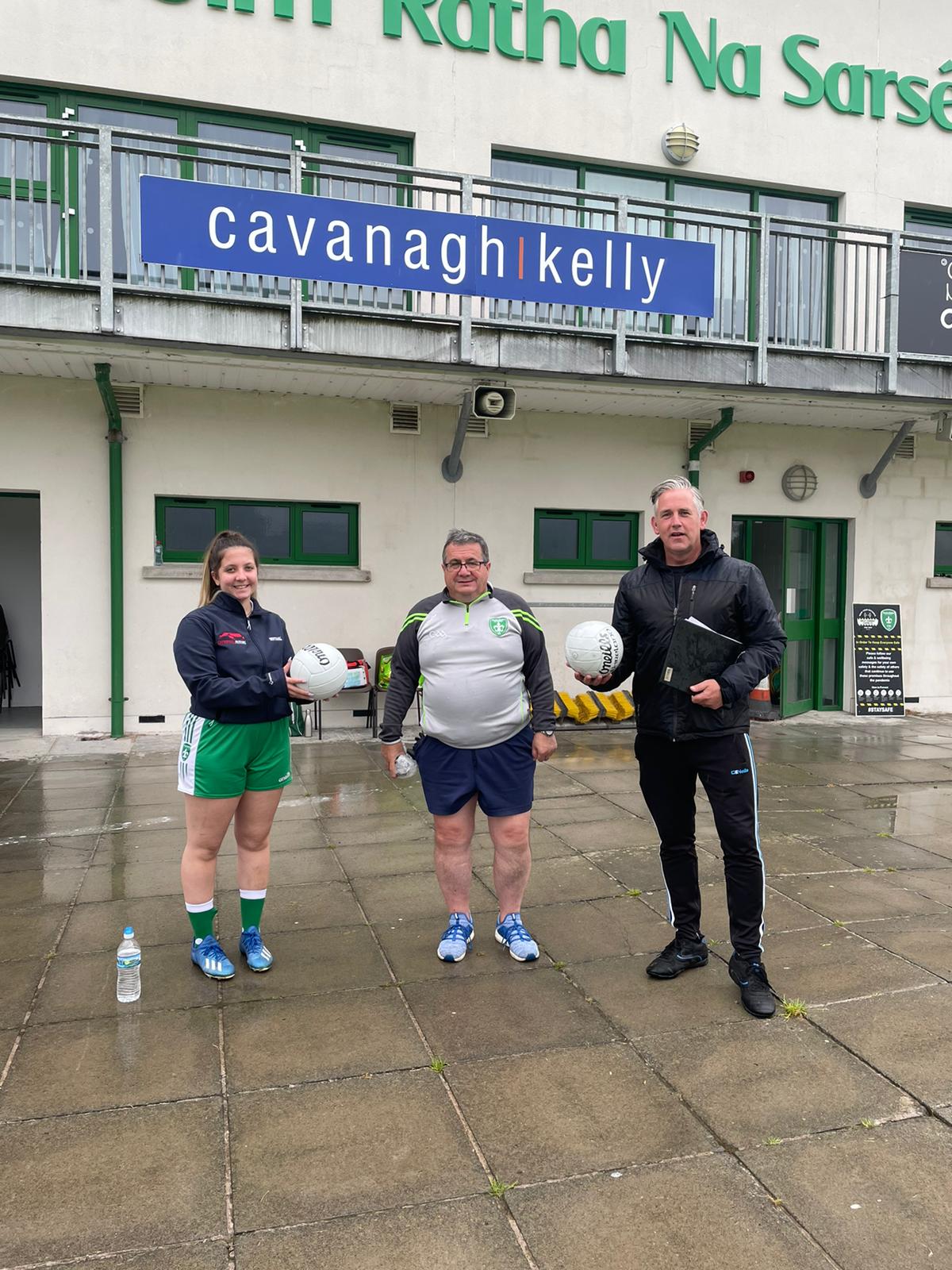 Thanks to the Donaghey family who sponsored the match ball in the game against Loughmacrory. Kathryn and Peter Donaghey are pictured with senior ladies manager Eamon Duncan before the game.

Drumragh are looking for businesses to sponsor the match ball at the home games of the senior ladies throughout the season. Businesses in turn will be promoted via our social media outlets.

The remaining home games this season are: