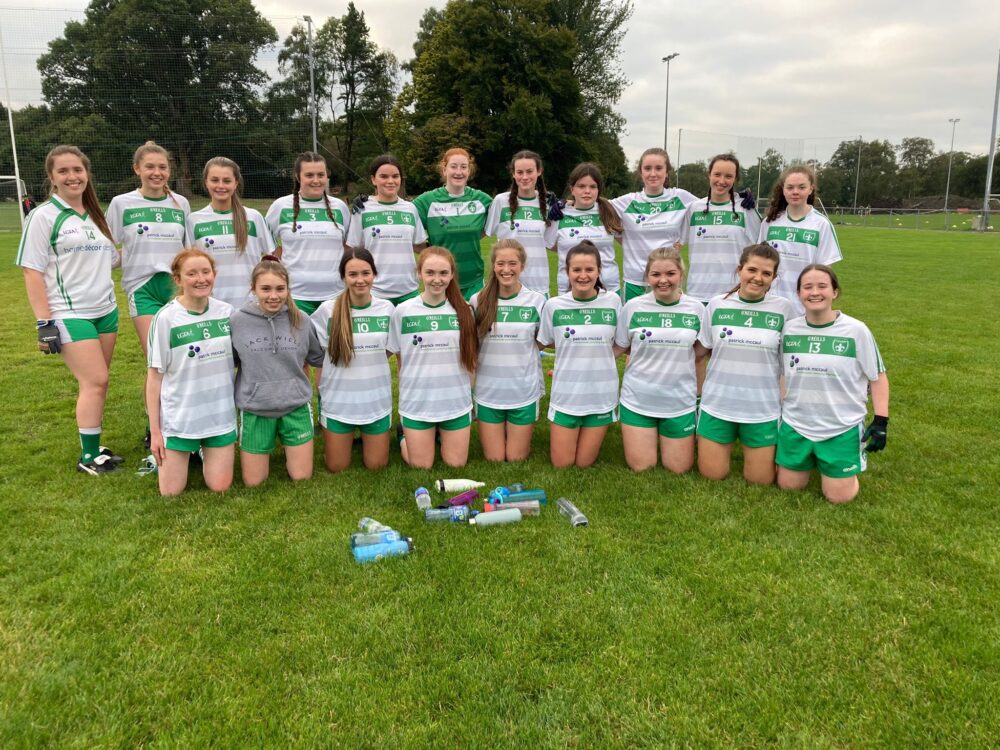 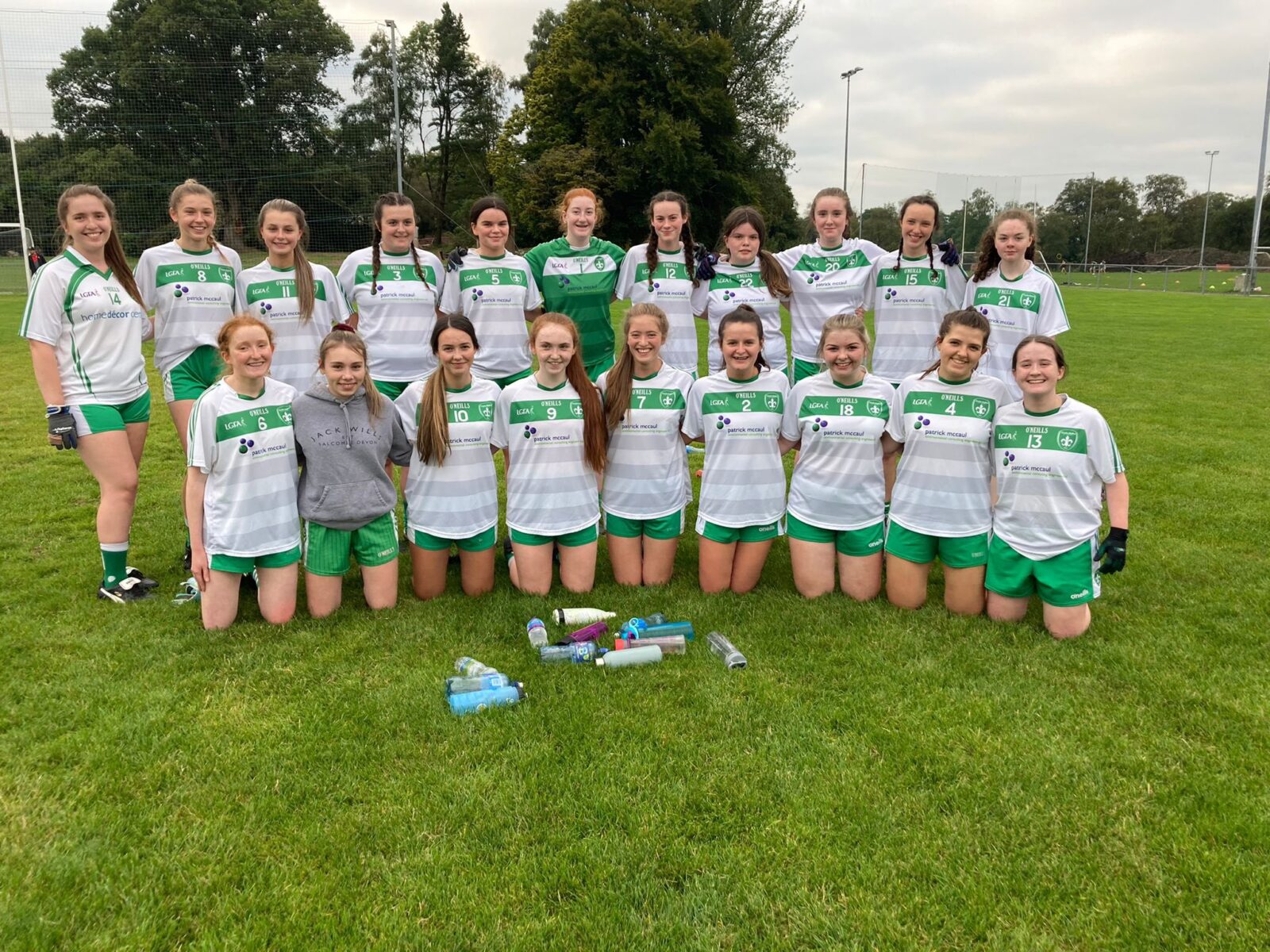 Drumragh minor ladies pictured before their championship semi-final against Castlederg

Drumragh minor ladies fought hard against their Castlederg counterparts but unfortunately could not overcome their opponents in the championship semi-final on Thursday.

The pressure was on the Drumragh defence within the first minute and goalkeeper Aine MacRory made a great save. The girls worked hard and Sorcha McKenna won a free outside the 45 which dropped short and the Derg gained momentum as they clocked up two points.

Drumragh were scoreless for a period but good defensive work from Cassie McCabe and sisters Mia and Evie Gallagher kept the Derg at bay. Aine MacRrory made some spectacular saves and cleared her lines well to see off any danger.

The girls worked hard with Kayla Molloy and Mia Feeney making some good runs and it paid off when Caoimhe McCarron won a ball on the wing and found Mia who finished the job to get Drumragh onto the scoreboard with a point.

A flurry of Castlederg scores followed, but this was replied to well when Caoimhe McCarron found the back of the net. Both defences were worked hard and the Drumragh girls won a few frees in front of the Derg goals. A quickly taken free got the ultimate reward for Sorcha McKenna and the girls went in 2-8 to 2-2 down at half time.

The home side came out in the second half with a point to prove. Julieanne Quinn and Josie Hughes worked hard in the middle of the park to disrupt the many runs from the away attackers. Some brilliant pressure from Genevieve Norris and Iona Mills forced the Derg girls into dispossession on numerous occasions and the hard working Aiobhinn Gallagher made some good attacking runs.

Emma-Cait Gallagher, Emma McCloskey and Eimear Mullin all worked hard in the full forward line to create scoring opportunities with Sorcha McKenna getting a point and a decisive run from Mia Feeney found the net.

However, it was just not to be on the day. The girls worked tirelessly and although the scoreline may not reflect the work ethic and determination of the group, the girls can finish the season with their head held high.