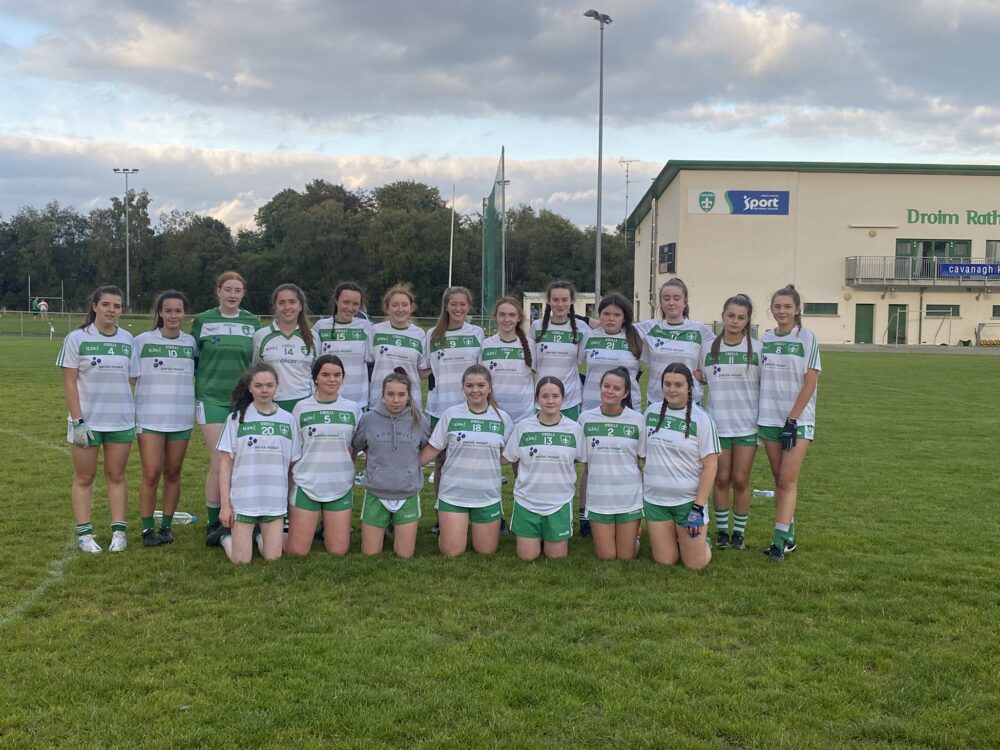 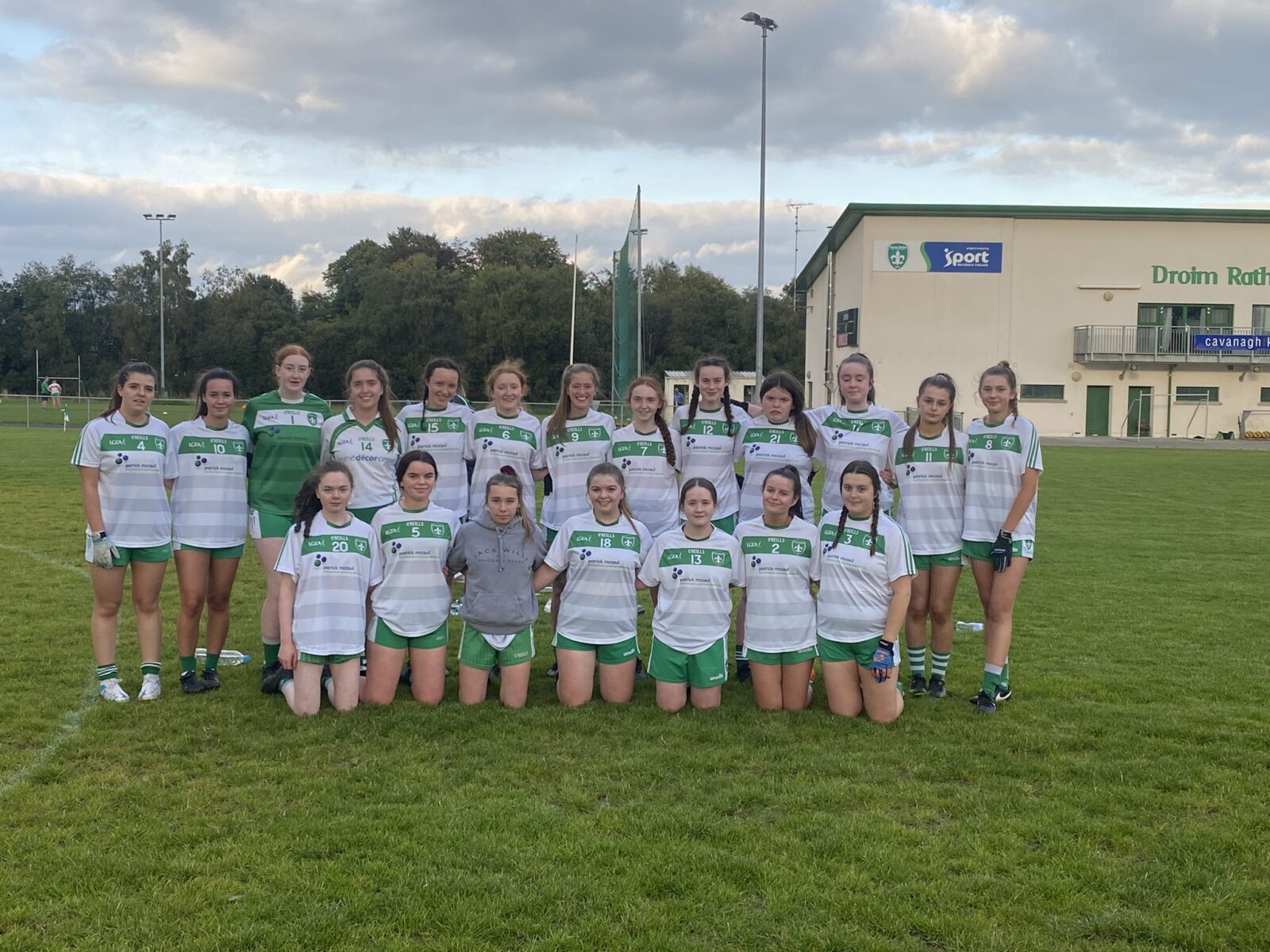 Drumragh minor ladies progressed to the last four of the championship with a good win over Galbally at Clanabogan on Monday.

It was a great performance from a Drumragh side who will now face Castlederg in the semi-final.

Drumragh got off to a better start with Sorcha McKenna opening the scoring with a point following good play from Caoimhe McCarron, Josie Hughes and Emma-Cait Gallagher. Sorcha added a goal and a point as the home side built up an early lead.

Galbally hit a point and had a few chances to get in for a goal. Drumragh goalkeeper Aine MacRory dealt really well with a high ball into the square, while sisters Mia and Evie Gallagher combined to stop a Galbally attacker finding the back of the net.

Drumragh responded to this pressure with a free from Sorcha McKenna and then their second goal, Emma-Cait Gallagher reacting quickest when the ball dropped into the square to score.

Caoimhe McCarron followed that up with a brilliant point from play, using the outside of her right foot. Emma McCloskey then scored Drumragh’s third goal after fantastic play by Aoibhinn Gallagher and Caoimhe.

In the Drumragh defence, Cassie McCabe and Genevieve Norris made a number of vital clearances while Mia Gallagher made a spectacular catch at the edge of the square under pressure as Galbally went looking for goals.

Julieanne Quinn exchanged passes with her midfield partner Aoibhinn Gallagher before kicking the ball over the bar, and despite Galbally scoring a goal late on, Drumragh held a commanding lead at half-time.

A foul on Julieanne Quinn allowed Sorcha McKenna an opportunity to kick the second half’s first score from a placed ball, which she did.

Mia Feeney then stretched out Drumragh’s lead with a fine goal after a brilliant and finish.

Strong defending from Iona Mills and Josie Hughes helped prevent Galbally closing the gap a few times, although Galbally did get their second goal midway through the half from the penalty spot.

However, Drumragh answered back with another goal scored by Emma McCloskey. This came at the end of a good team move involving Julieanne Quinn, Kayla Molloy and sub Eimear Mullin.

Drumragh made a number of changes with Megan Pritchard, Cara McManus, Aimee McGaughey and Meave McCrystal all coming on and helping push Drumragh towards the win.

Galbally tagged on three points on the bounce and forced goalkeeper Aine MacRory into a terrific save but Drumragh finished the game well with Sorcha McKenna scoring a goal.