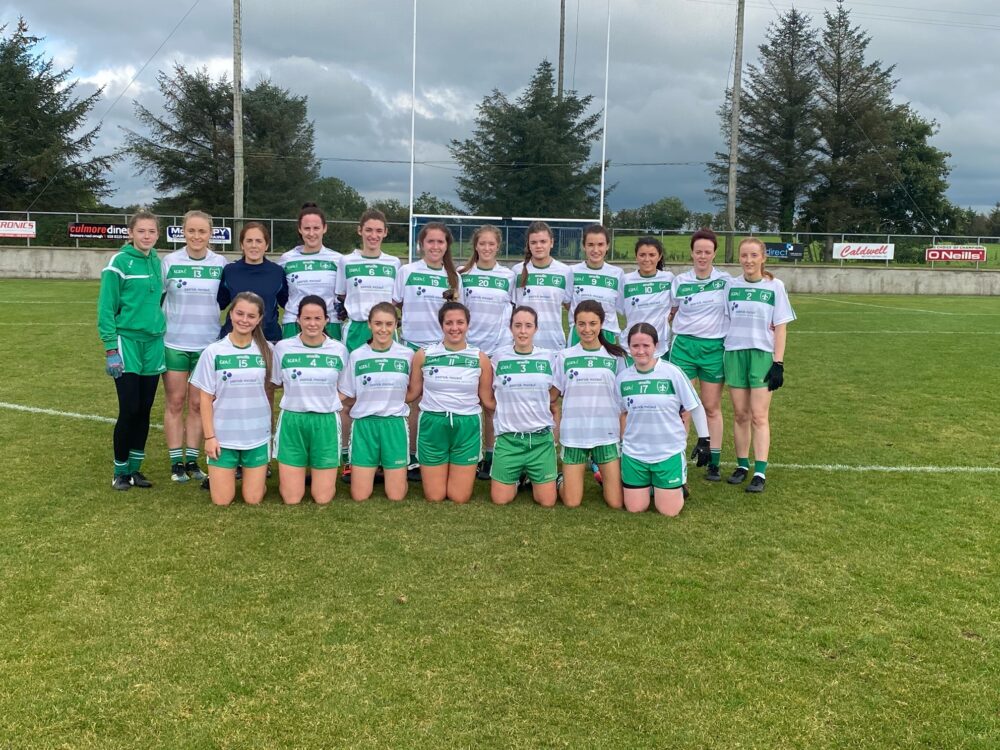 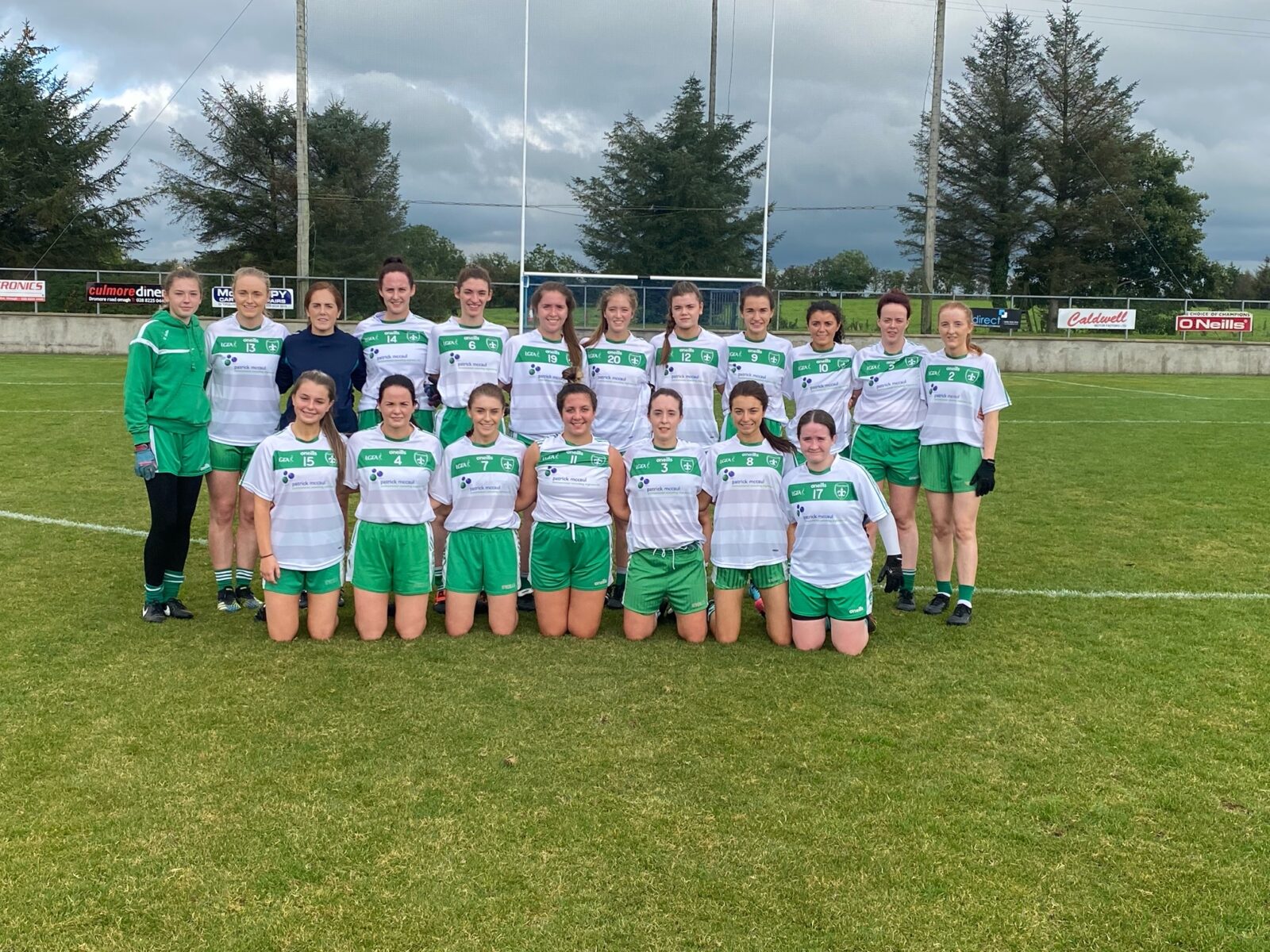 Drumragh senior ladies before their championship game against Cappagh

Drumragh senior ladies were knocked out of the championship by Cappagh on Saturday.

The home side performed well in the first half and had built up a good lead by half-time.

But it was Drumragh who opened the scoring with Neamh Woods splitting the posts having exchanged passes with half-forward Grace O’Neill.

Cappagh responded with their first goal and added a number of points as the half progressed. The defence were under pressure with Clodagh Loughran and Joanne Barrett impressing for Drumragh.

Drumragh got in for their goal with Kathryn Donaghey reacting quickest to put the ball in the back of the net after Sorcha McKenna’s initial shot was saved. 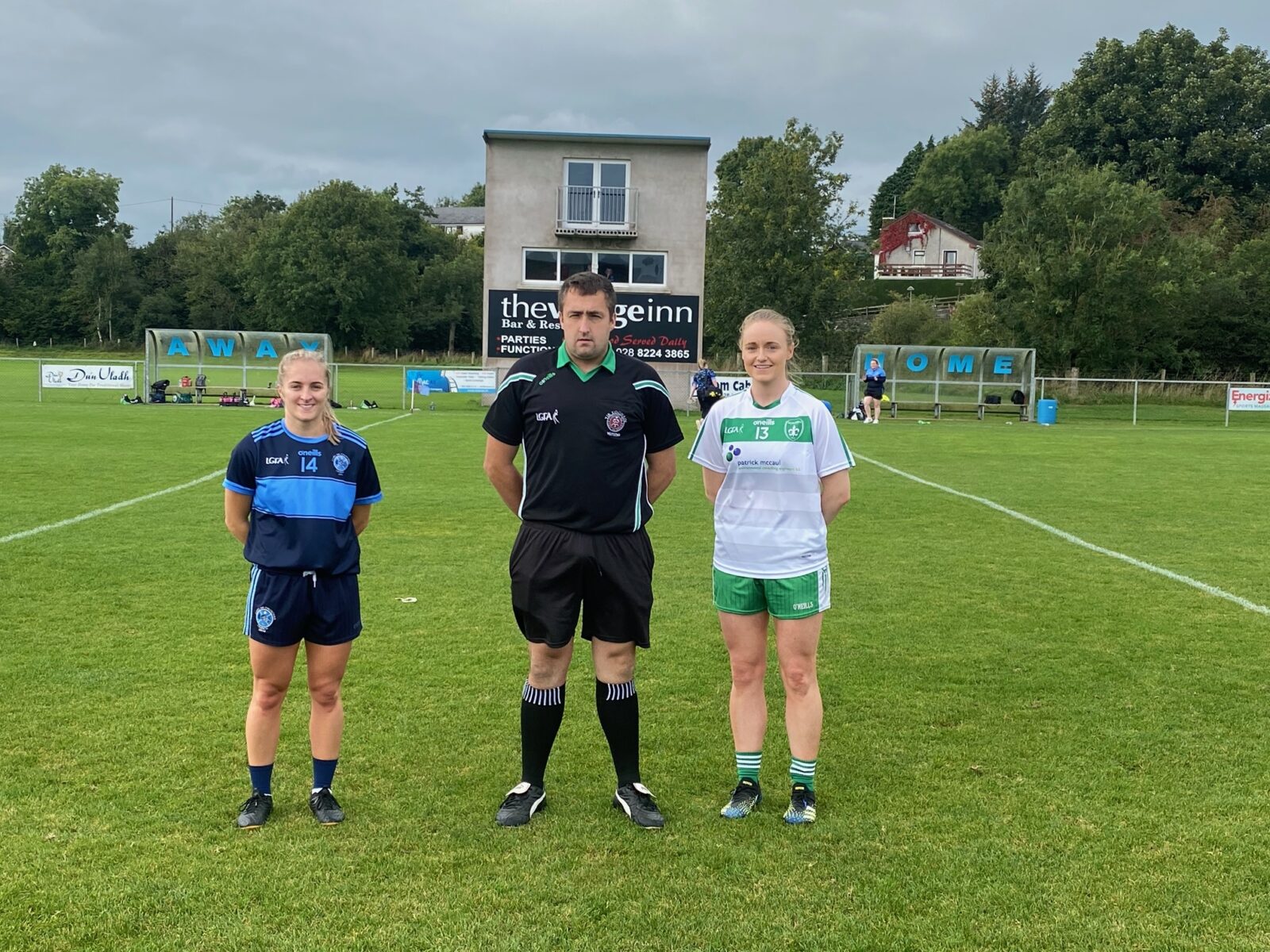 Neamh Woods scoring a great point at the start of the second half with Cappagh answering back with a number of points.

Cappagh, however, finished the game strong, hitting a third goal and adding another three points.