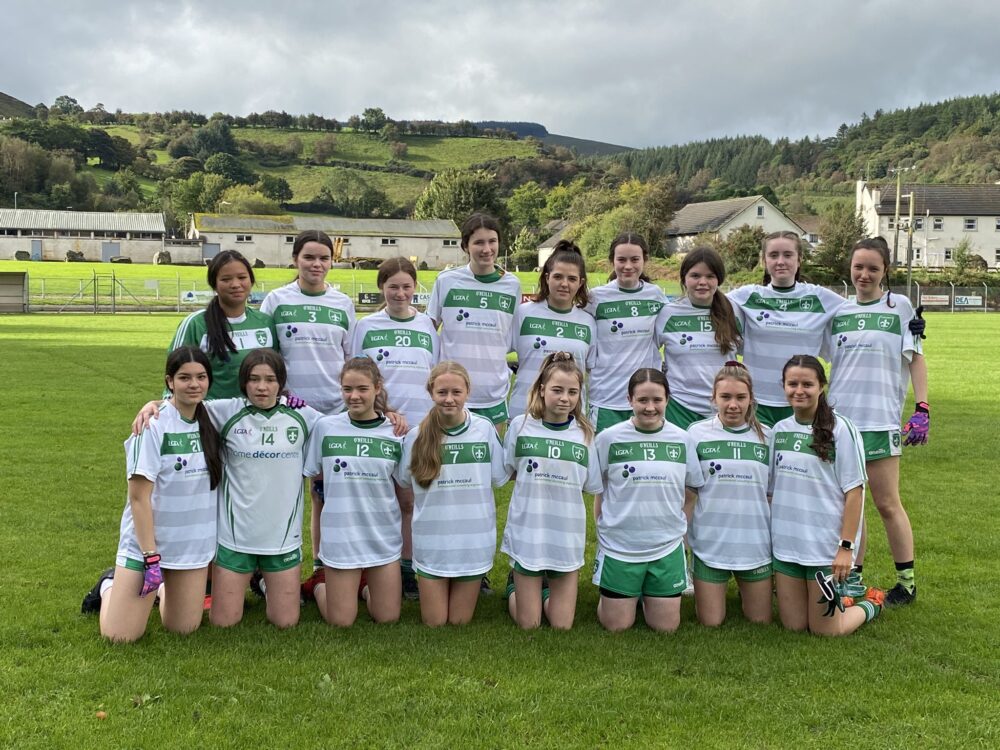 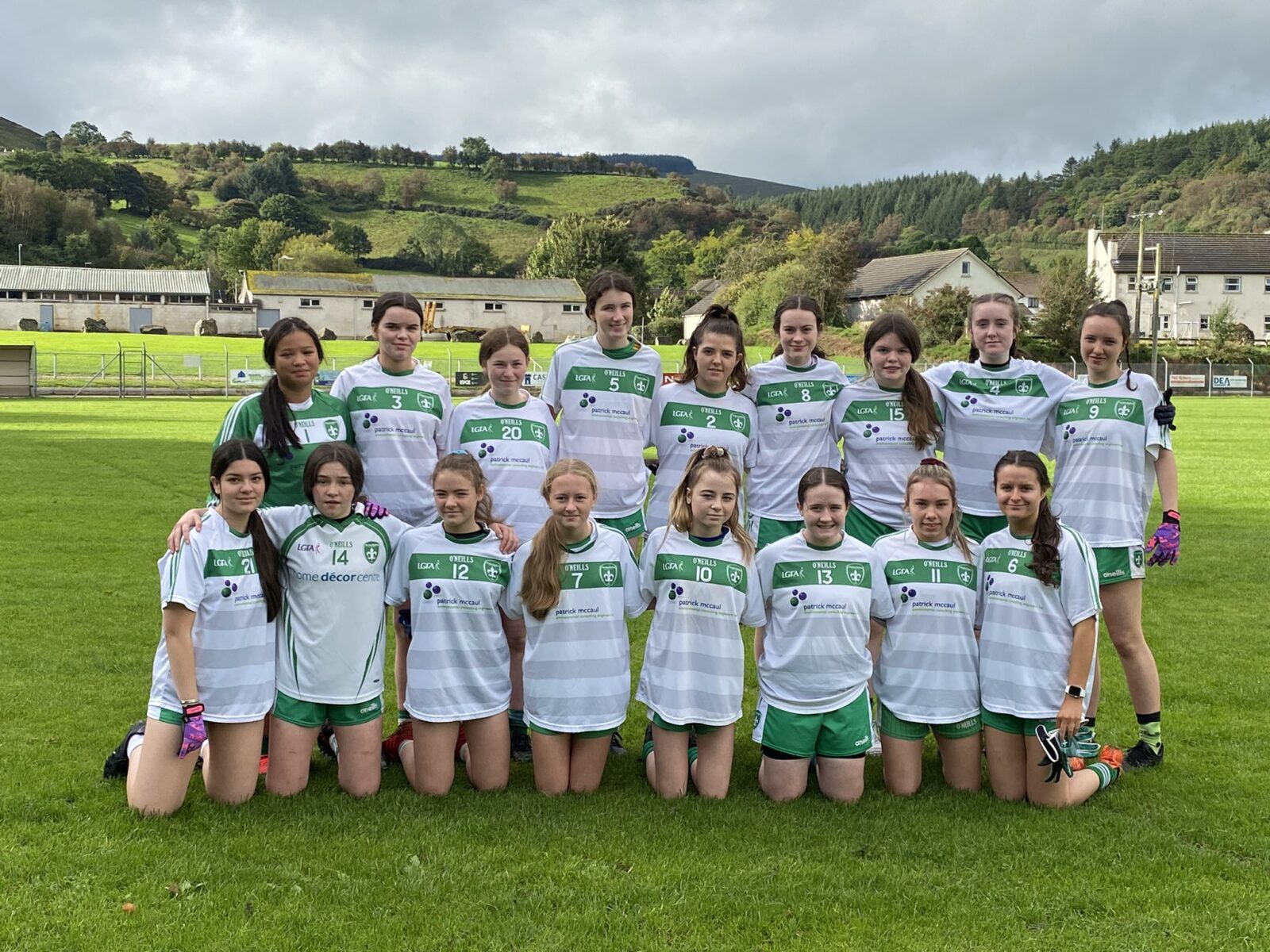 Drumragh U16 girls were beaten in their opening league game away to Badoney on Sunday morning.

Badoney went into an early lead with a number of scores. Drumragh were unlucky, however, not to get in for a goal themselves. Dana Coyle hit the post following good play from Grace McCusker and Eimear Mullin, while Rihanna Mullin forced the Badoney goalkeeper into a good save after a clever pass from Cara McManus had created the chance.

The home side stretched out their lead and it would have been more only for an excellent save from Lily O’Kane in the Drumragh goal. The full-back line of Cassie McCabe, Genevieve Norris and Aimee McCaughey also got in some important blocks and interceptions.

Drumragh made a confident start to the second half. Mia Feeney won the ball from the throw-in, passed to her midfield partner Emma McCloskey, and after her strong run through the middle of the Badoney defence, Aimee Lee Burt was on hand to finish well past the goalkeeper.

Badoney answered back with a goal but Drumragh kept attacking with Fionnuala Clarke and Aimee Lee Burt denied goals by the Badoney defence.

A turnover by Evie Gallagher in the defence started a move that involved Dana Coyle, Cara Kerlin and Eimear Mullin and ended with Caoimhe McCarron kicking an excellent point from play.

Badoney tagged on a number of scores despite good play from Genevieve Norris, Fianna McGuigan and Aimee McGaughey in the Drumragh defence.

Drumragh created a number of chances late with Caoimhe McCarron, Ella Brown and Eimear Mullin unfortunate not to score.

Badoney grabbed a couple of goals late on to complete the scoring.