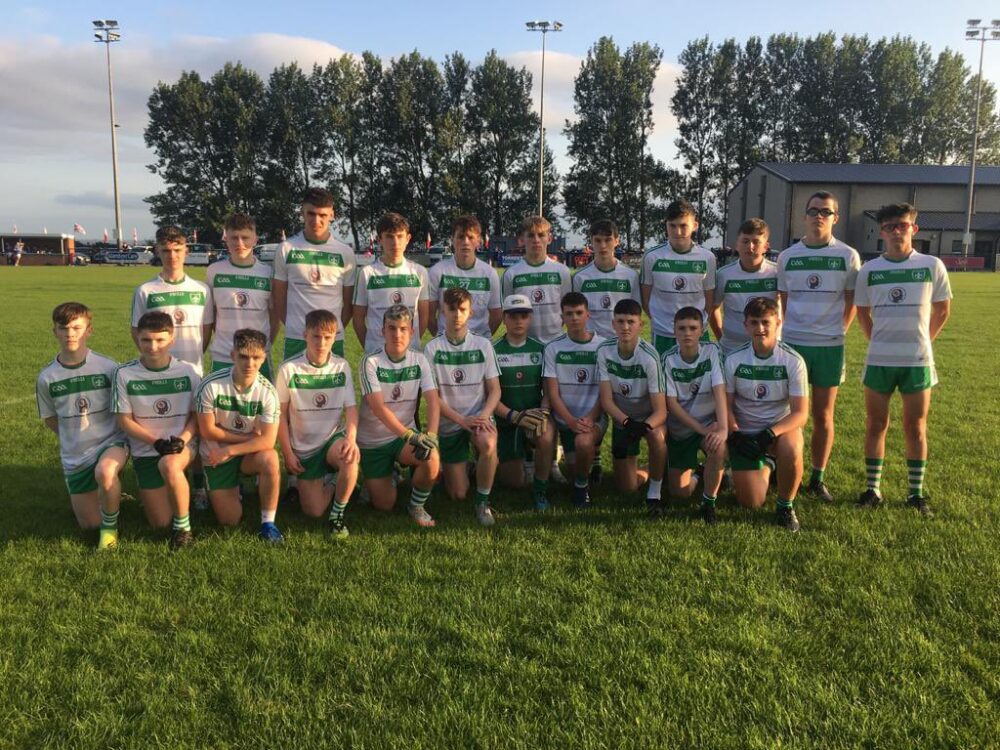 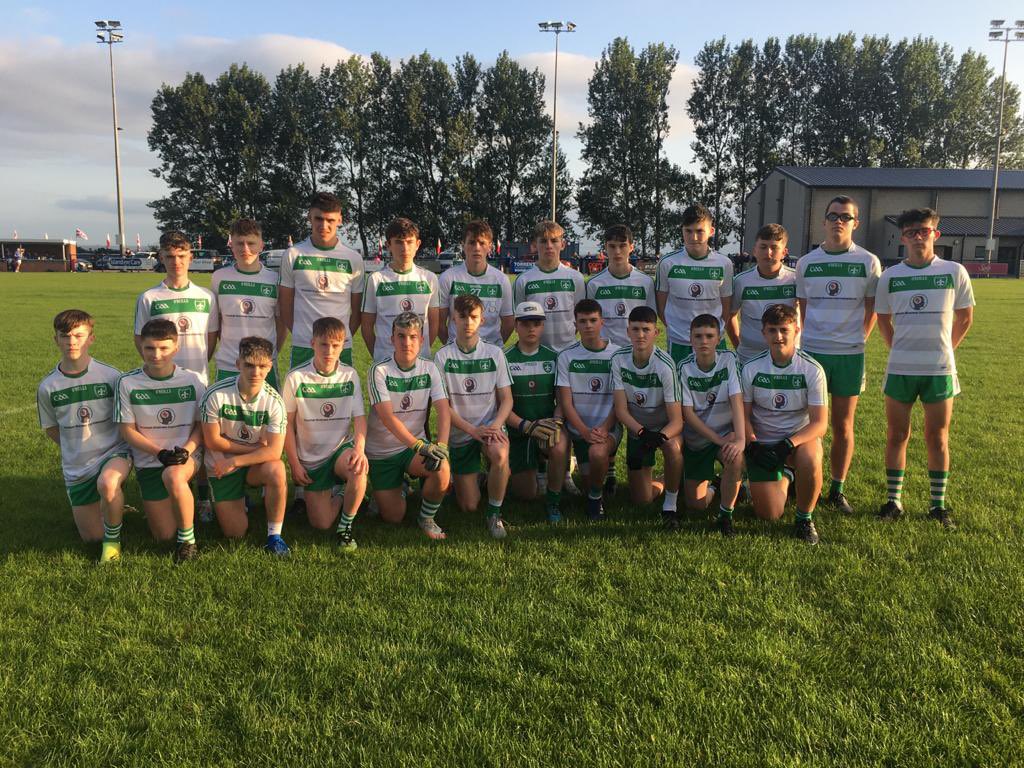 Drumragh U17 boys played Coalisland in the championship on Thursday

Drumragh U17 boys exited the championship away to Coalisland on Thursday evening.

The home side got off to a good start and got a number of scores on the board early on.

Niall Maguire opened Drumragh’s account with a nice score form play having been played in by Aaron Lynch. Niall also forced the Coalisland goalkeeper into a good save in the next attack.

Coalisland scored another goal and could have had more only for an excellent save from Ryan McCrystal in the Drumragh goal. The Drumragh defence were under pressure with Oran Devlin, Cormac McCann and Sean O’Kane working hard to keep the Coalisland attack out. They also suffered a blow midway through the first half when Carraig McKenna was forced off injured.

Niall McCarney kicked a free following a foul on Eoin Coyle but Coalisland stretched out their lead with a strong finish to the half.

A strong run from Mattie O’Donnell was ended illegally allowing Ben Monk to put a free over the bar while Niall McCarney converted a penalty with the last kick of the half. The penalty was awarded after a good move involving Ben, Aaron Lynch and Blaine Feeney ended with midfielder Brendan Quinn being fouled.

Coalisland opened the scoring in the second half but Drumragh answered back through a Niall McCarney free, awarded after Blaine Feeney was dragged back by a defender. Blaine then added a super score from play having fought through a number of tackles.

The home side continued to play well adding a number of scores. Drumragh’s response in this time came from Cormac Dolan, after Ben Monk had showed good hands to put him in a bit of space, and a placed ball from Niall McCarney after Blaine Feeney had shown good determination to win a free.

Drumragh kept going to the end. Goalkeeper Ryan McCrystal made another good save, Oran Devlin, Ryan Montgomery and Cahir McAnenly came through with a number of blocks and interceptions while Ben Monk and Niall Maguire looked dangerous when they got the ball up front.

Niall McCarney won a throw-up and swung the ball over the bar and soon added a free after Ethan Maguire was fouled.

Brendan Quinn and Ben Monk also tagged on super scores from play before the final whistle.

Drumragh minor ladies knocked out of championship Next post