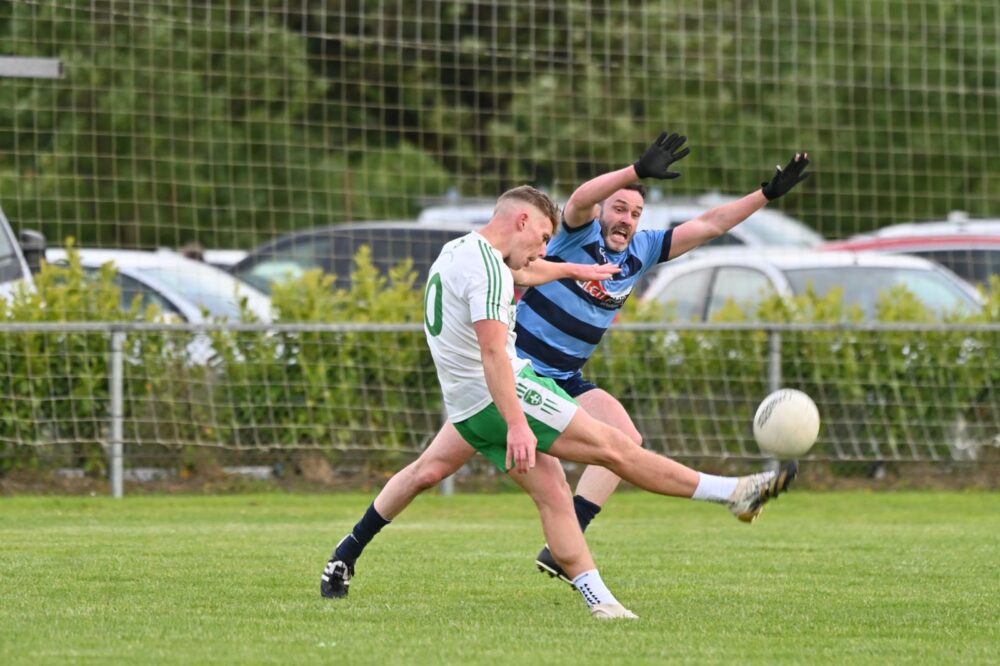 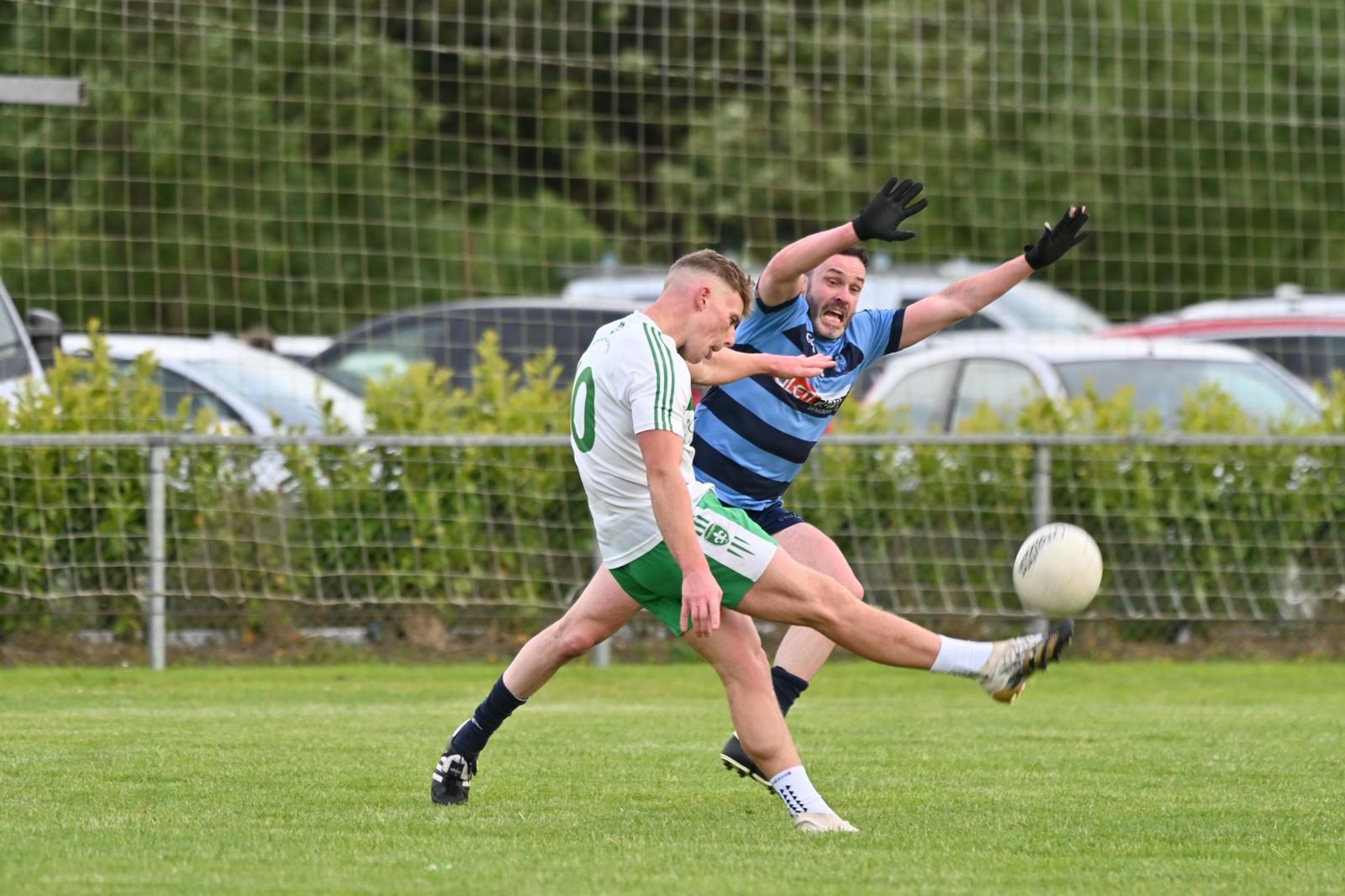 An injury-time penalty from Tommy Murphy saw Drumragh senior men beat Derrytresk to progress to the championship quarter-final at Garvaghey on Friday night.

Played in horrible conditions, there was never more than two points between the sides at any stage during the game.

Shane Devine had opened the scoring for Drumragh after Eamonn McCann and Kevin Marron had combined to create the chance.

Derrytresk were soon level though with a free and it took good defending from Gareth Haughey, Paddy Colgan and Eoin McGread to stop them from grabbing the lead.

And it was Drumragh who did go in front with a long-range free from Kevin Marron after Ronan Maguire had been fouled. But that was to be Drumragh’s last score of the half and three points on the bounce for Derrytresk saw them go in at half-time two points ahead. 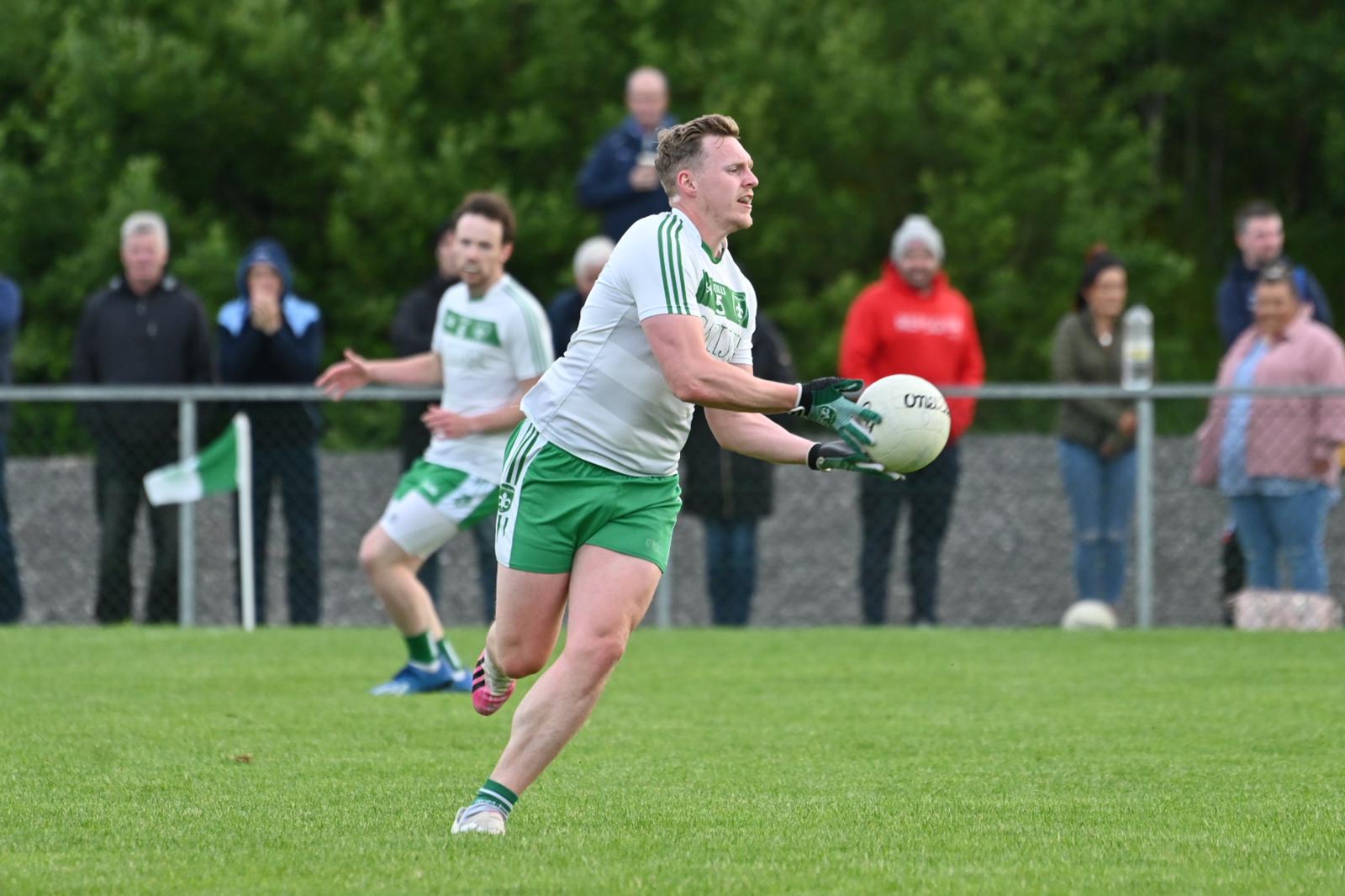 That lead was quickly wiped out though as Drumragh made a strong start to the second half. Shane Cleary kicked a free after Sean McGale’s run upfield was stopped unfairly, while Ronan Maguire did very well to gather Aaron Montgomery’s ball inside before firing over.

Drumragh were creating a good number of chances but just weren’t able to take them. That allowed Derrytresk to go up the field and hit the front once again. Drumragh responded, however, with a super point from distance by Benny Drumm.

The teams swapped points entering the last 10 minutes with goalkeeper James Colgan on target for Drumragh with a terrific 45.

Both defences were playing well but it was Derrytresk who edged ahead again with a mark approaching the end of the game. And that was the way the scoreline stayed until a few minutes into injury time. However, a turnover in the Derrytresk defence presented Tommy Murphy with one last chance. He was fouled by the Derrytresk goalkeeper, got up, took the penalty himself and made no mistake to send Drumragh through to a quarter-final meeting with Glenelly.