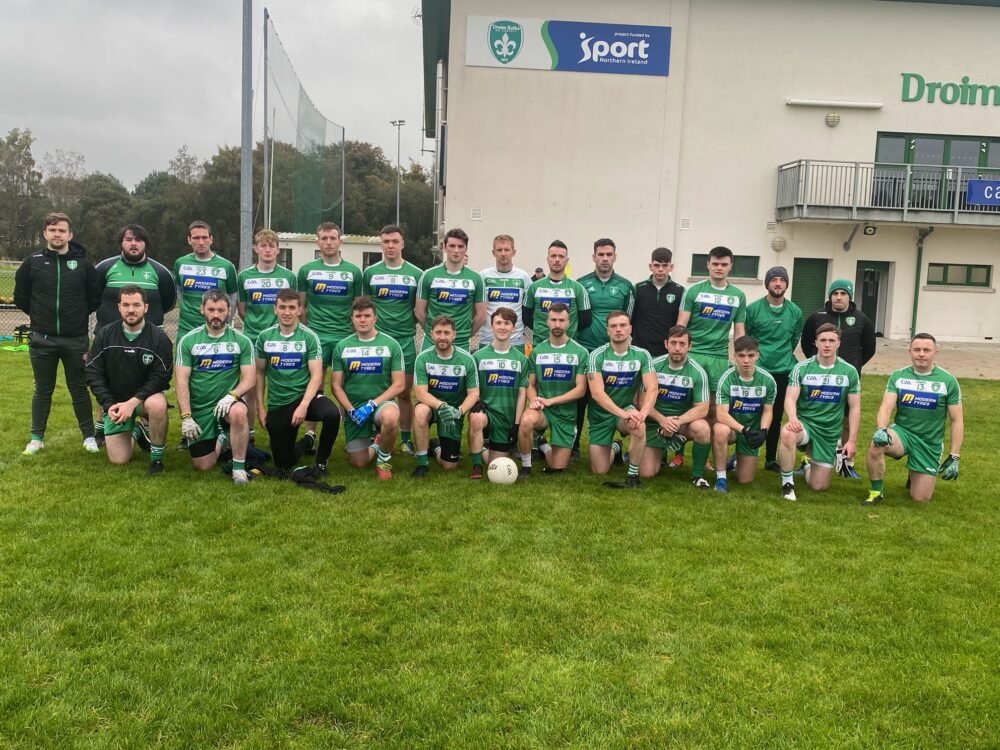 Patrick GriffinOctober 18, 2021Comments Off on Drumragh reserves progress in championship0391 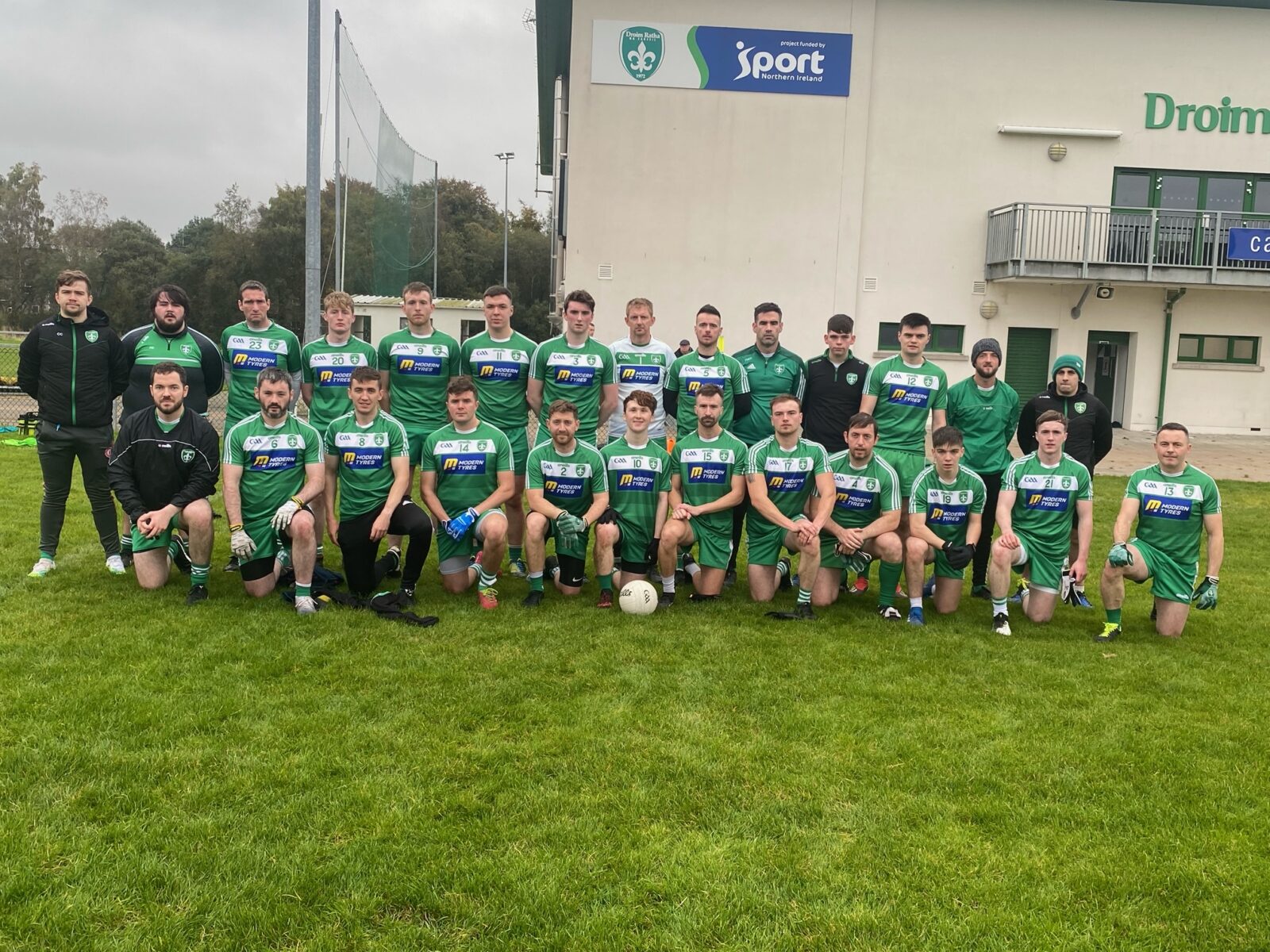 Drumragh reserves are through to the last four of the championship after a fully-deserved nine-point win over Brackaville at Clanabogan on Saturday.

The opening 15 minutes was end-to-end with both sides holding a lead. Brackaville opened the scoring from a free but Drumragh were soon level through a free of their own from Martin Taggart after Barry Fitzgerald was fouled. Martin added another free to give Drumragh their first lead, but Brackaville answered back with two scores on-the-bounce.

Sean McGoldrick brought the sides level with a fantastic point from distance and Martin Taggart converted another free when pressure from Conor Kelly forced the Brackaville defence into a mistake.

Drumragh started to get a grip of the game and hit the next six scores. Barry Fitzgerald and Martin Taggart set up Sean Diamond for the go ahead point, Martin added a good score from play and Malachy McManus fired over after winning a kickout.

Martin Taggart set up Malachy McManus for another point and Oisin McCullagh scored at the end of a good team move involving Ryan McGuigan, Sean Diamond and James Broderick. Paddy Roche also put the ball over the bar as Drumragh established a commanding lead.

However, Brackaville finished the half strong hitting the last three scores. They also created a good goal chance only to be denied by Drumragh goalkeeper Paul Maguire. The full-back line of Barry Kirwan, Ryan McGaughey and James Campbell also dealt well with several Brackaville attacks.

Brackaville quickly cut Drumragh’s lead to three points at the beginning of the second half.

Drumragh started their scoring in the second half thanks to a mark from Martin Taggart and Malachy McManus soon added a good point from play.

Martin Taggart converted another free and Conor Kelly was also on target. Drumragh were unlucky not to stretch out their lead with subs Jude Campbell, Ben Monk and John McCaul making an impact.

But Drumragh then did make sure of the win with the only goal of the game. Martin Taggart did well to win a long ball inside, he was then brought down by the goalkeeper and got up to fire the penalty to the back of the net.

Brackaville added a good point from play and while they had a lot of the ball over the final few minutes, strong defence from Ronan McGale, Garbhan McKenna and Adrian Colton meant they weren’t able to add to their tally before the final whistle.

Drumragh will now play Coalisland in the last four.

Drumragh senior men lose out to strong Sigersons side