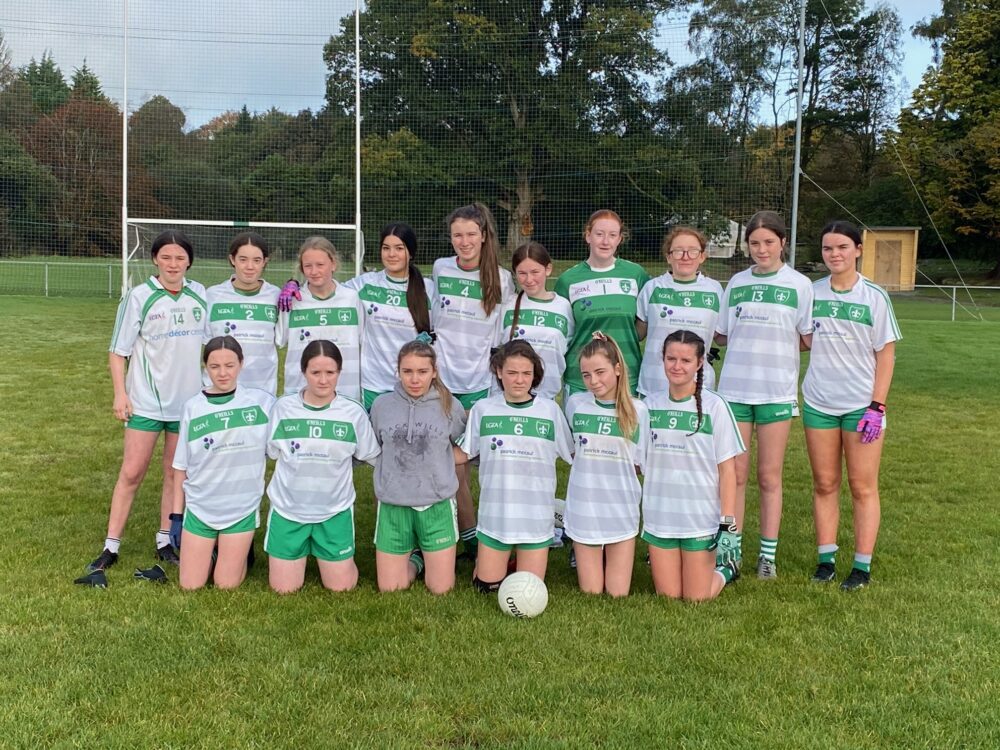 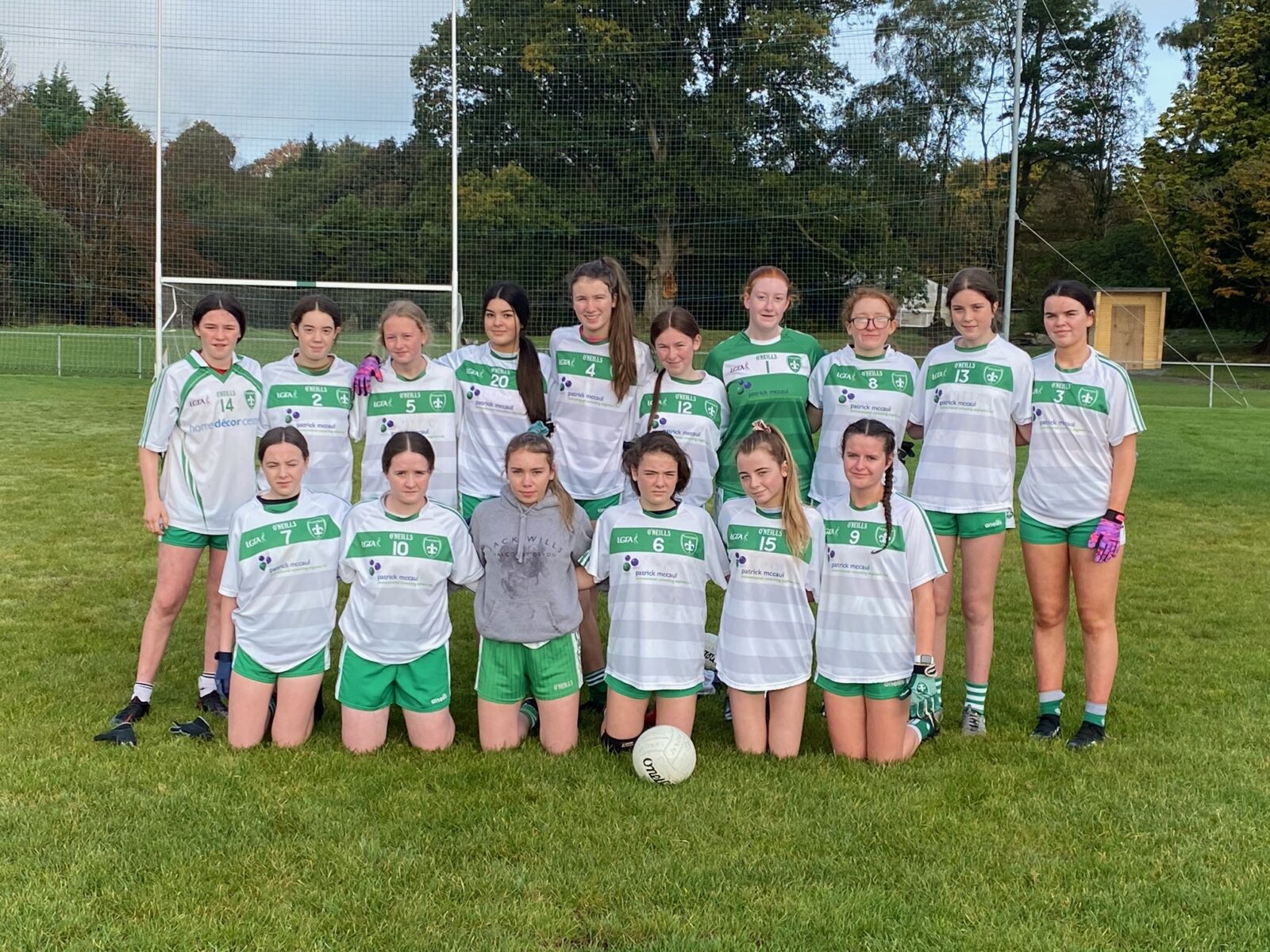 An excellent performance from Drumragh U16 girls pushed them to a good win over Beragh on Clanabogan Park on Sunday.

The defence was in top form, the midfield controlled the game while the forward line kicked some fantastic scores throughout.

Drumragh almost made the perfect start. Iona Mills won the ball from the throw-in, laid the ball off to Eimear Mullin whose pass found Dana Coyle in a bit of space. Dana carried the ball forward but her shot was well saved by the Beragh goalkeeper.

The home side didn’t have to wait long for their first score, however. Aimee Lee Burt and Eimear Mullin were involved in getting the ball into Dana Coyle who kicked a nice point.

Beragh quickly equalised and good defending in the Drumragh defence from Genevieve Norris, Fionnuala Clarke and Cora Walsh stopped the away side from taking the lead.

And it was Drurmagh who soon went in front. Cara Kerlin won the ball back and from there, it made its way to Rihanna Mullin who, from 20 metres out, found the top corner of the net for a wonderful goal.

Beragh answered back with a point but Drumragh took over for the remainder of the half. Iona Mills pointed after good play from Caoimhe McCarron and Aimee Lee Burt while Caoimhe kicked a super score herself.

Beragh did threaten on occasion but great defending from Grace McCusker and Genevieve Norris in the central positions meant they didn’t add to their tally. A brilliant dispossession from Cara Kerlin also stopped Beragh from scoring what looked like a certain goal. And from that, Drumragh got in for their second goal. Evie Gallagher and Dana Coyle combined to create a chance for Rihanna Mullin and she finished well past the goalkeeper.

The away side converted a free and had one last chance before half-time for a goal but Drumragh goalkeeper Aine MacRory dealt well with a high ball into the square, giving Drumragh a six-point lead at the break.

The second half started much like the first had ended with the Drurmagh defence impressing. This allowed them to go up the field and stretch out the lead. Having forced a turnover at midfield, Evie Gallagher drove through the centre of the Beragh defence and fired to the back of the net for a great goal. Evie soon added another three-pointer, this time at the end of a brilliant team move involving Iona Mills, Dana Coyle and Eimear Mullin.

Drurmagh continued to defend well restricting Beragh to one point with subs Oonagh Pancott and Fianna McGuigan playing their part.