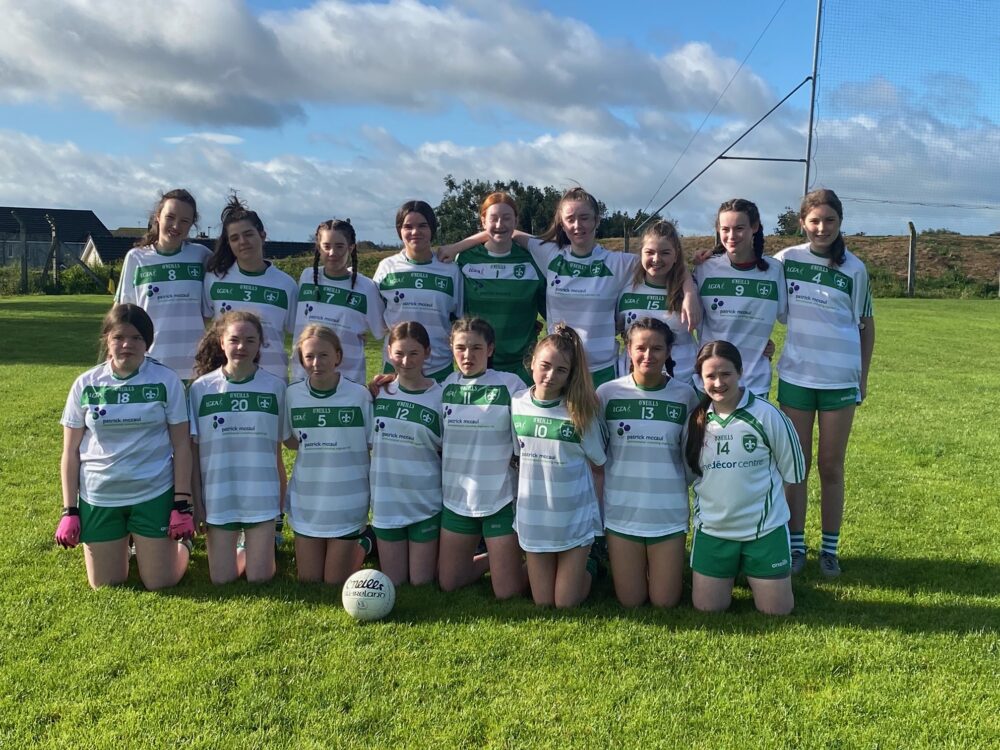 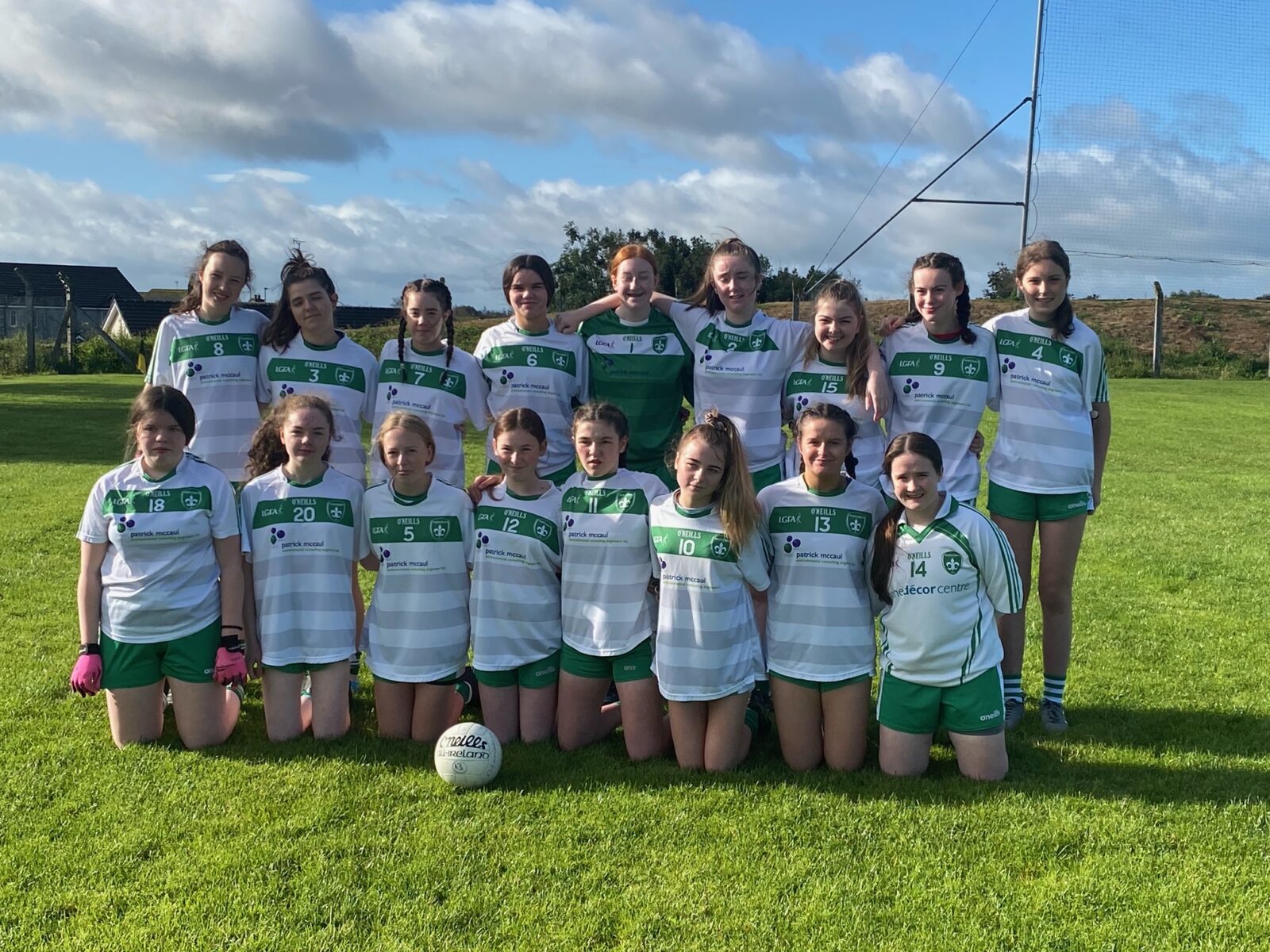 Drumragh U16 girls pictured before their game against Loughmacrory on Sunday

Drumragh U16 girls lost out to Loughmacrory in the league on Sunday morning.

Loughmacrory opened the scoring with a point but Drurmagh almost had an instant response. A clever pass forward from Genevieve Norris created a goal chance for Caoimhe McCarron but she was denied by a good save from the Loughmacrory goalkeeper.

Drumragh goalkeeper Aine MacRory was then called into action making the first of several spectacular saves she would make throughout the game. Loughmacrory did point from the rebound but Caoimhe McCarron answered back for Drumragh with a free after Rihanna Mullin was fouled.

Loughmacrory managed some more scores despite strong play in the full-back line from Aimee McGaughey, Genevieve Norris and  Fianna McGuigan. Aine MacRory also made another wonderful save.

Drumragh were creating chances with Megan Pritchard, Cara Kerlin and Grace McCusker unlucky not to score. They did get a deserved goal, however, when Rihanna Mullin finished well past the goalkeeper after a brilliant cross-field pass from Caoimhe McCarron.

Loughmacrory opened the scoring in the second half with a goal although Drumragh responded immediately thanks a nice point from play from Caoimhe McCarron. That came at the end of an impressive team move involving Cora Walsh, Evie Gallagher and Emma McCloskey.

Dana Coyle did well to win a kickout and when her run through the Loughmacrory defence was stopped unfairly, Caoimhe McCarron kicked the resulting free over the bar.

Strong defending from the home defence stopped Rihanna Mullin, Cara McManus and Mia Feeney from adding to Drumragh’s total. Grace McCusker and Maeve McCrystal combined to set up a goal chance for Caoimhe McCarron which the Loughmacrory goalkeeper did well to save.

Drumragh U16 girls impress in league win Next post