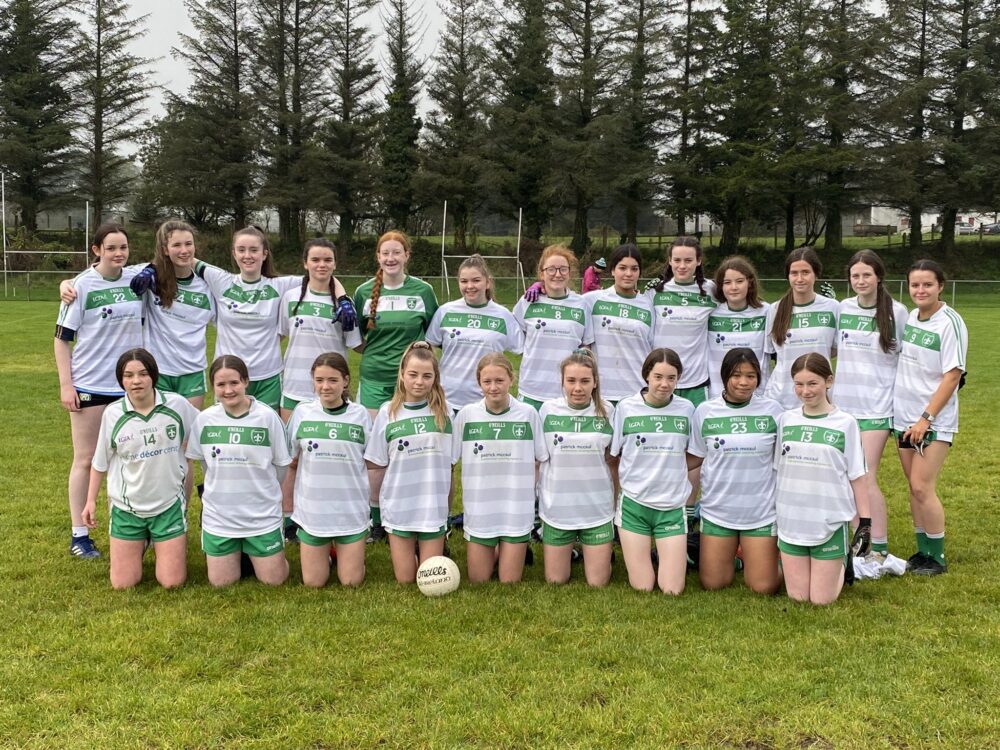 Narrow loss for Drumragh U16 girls

Patrick GriffinOctober 21, 2021Comments Off on Narrow loss for Drumragh U16 girls0376 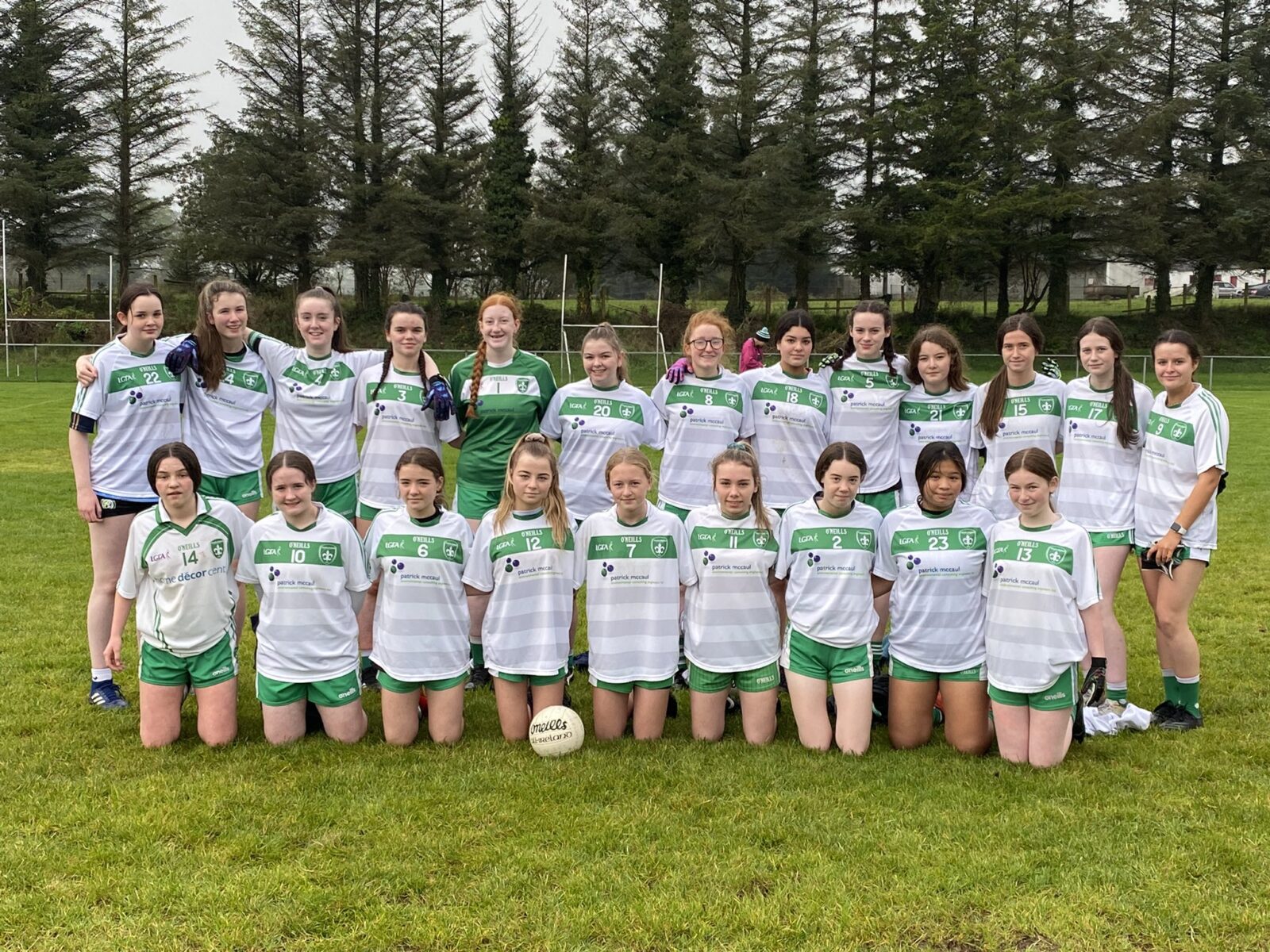 Drumragh U16 girls pictured before their game against Fintona on Sunday

Drumragh U16 girls and Fintona served up a very entertaining league game at Clanabogan on Sunday morning, with the away side claiming the win when the final whistle was blown.

Both sides played very well and it was Fintona who got off to the better start, building up a 1-3 to no score lead. They had most of the play early on and it took superb defending by Iona Mills, Mia Feeney and Grace McCusker to prevent them from going further ahead.

A foul on Caoimhe McCarron allowed her to kick Drumragh’s first score from the resulting placed ball. Fintona responded with a point but Drumragh were coming much more into the game. And that pressure soon paid off with a goal from Dana Coyle. A brilliant pass inside from Rihanna Mullin was won by Dana and she finished confidently past the goalkeeper.

Drumragh had chances and forced the Fintona goalkeeper into a couple of good saves. The away side scored a few goals themselves and added a point. Drumragh responded with a great goal from Rihanna Mullin following good play from Eimear Mullin, Aimee Lee Burt and Emma Cox.

Caoimhe McCarron hit the opening point of the second half after she was played in by Cara Kerlin and Evie Gallagher. Fintona responded with a goal and a point but that was to be their last scores of the game.

The Drumragh defence was excellent for the remainder of the game with the full-line of Cora Walsh, Genevieve Norris and Aimee McGaughey leading from the front. Goalkeeper Aine MacRory also made a number of fine saves.

Rihanna Mullin set up Dana Coyle for a point and Rihanna kicked a free after a foul on Genevieve Norris.

Drumragh were very much on the front foot and helped by the introduction of subs, they looked to take back the lead.

They created a number of goalscoring opportunities with Rihanna Mullin scoring a good goal to close the gap. But they couldn’t get the scores they needed though and Fintona held on for the win.