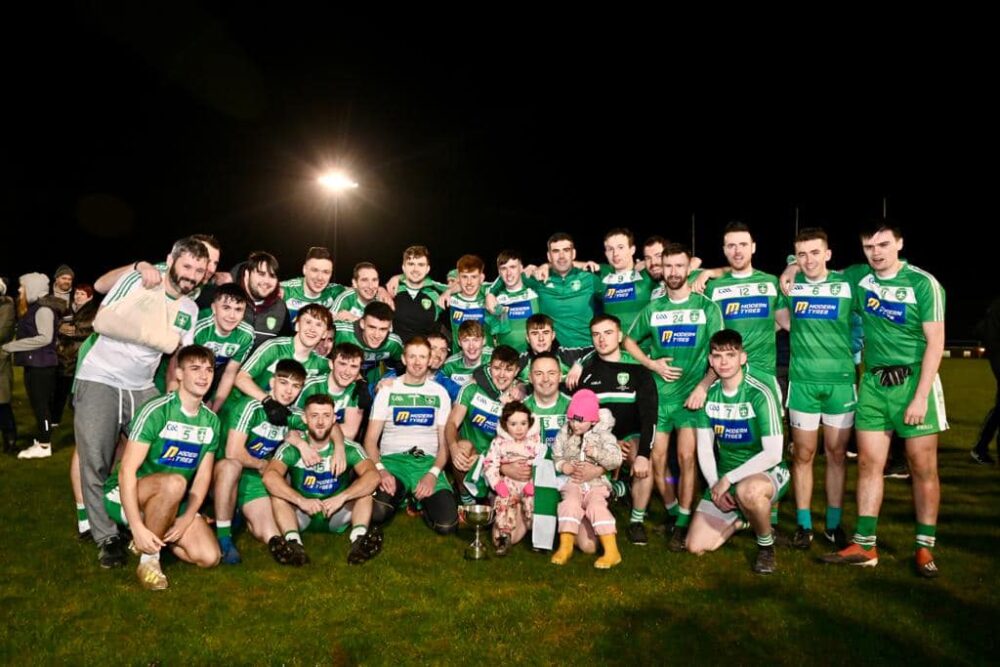 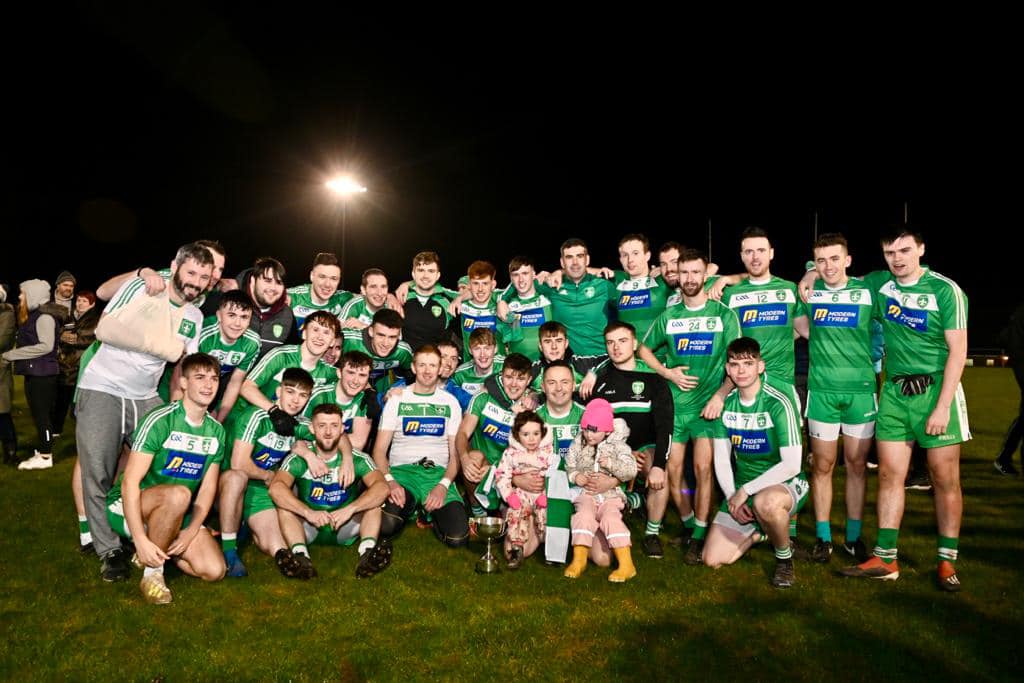 Drumragh reserves won the Tyrone Junior Reserve Championship with a deserved four-point win over Eskra in Fintona on Friday.

In what was always a close, high-quality game, a goal from Martin Taggart late on saw Drumragh defend the title they won in 2019.

It was Drumragh who got off to the quicker start helped by Malachy McManus, Ryan McGuigan and Barry Fitzgerald winning a lot of ball around midfield. And they were on the scoreboard early thanks to a couple of Martin Taggart frees. Jude Campbell also did well to punch a high ball in over the bar as Drumragh continued their confident start.

But Eskra did begin to come more into the game and the Drumragh full-back line of Oran Donaghy, Ryan McGaughey and Mark Carroll had to be alert to stop a couple of dangerous attacks. Goalkeeper Paul Maguire also made a good save to deny Eskra a goal. They did eventually score and quickly tagged on another point. Drumragh responded with a James Broderick point and were unlucky not to go further ahead when Jude Campbell forced the Eskra goalkeeper into a save.

Eskra kicked the next three scores to go ahead but Alex McGlinchey brought the teams level ahead of the half-time whistle with a brilliant point after a strong run that began in the half-back line. 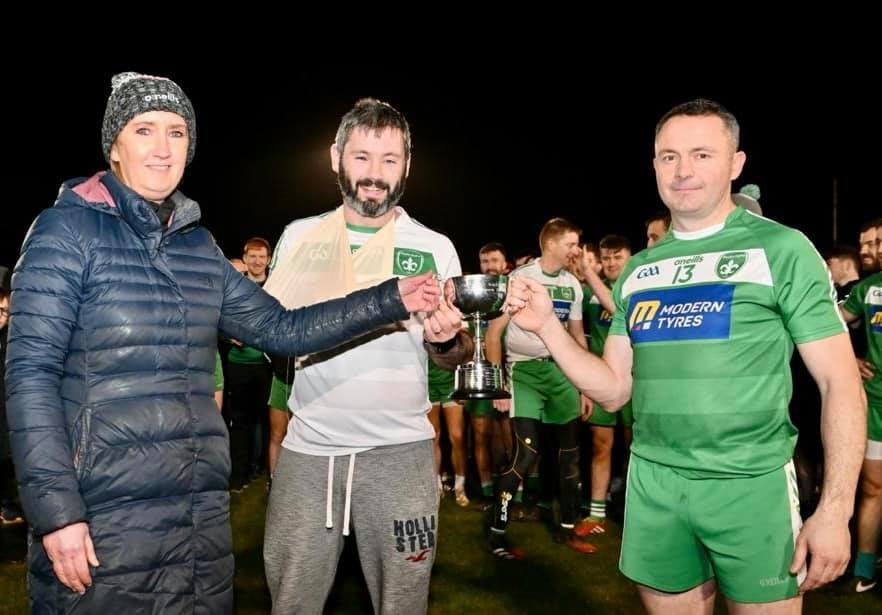 Sean Diamond got Drumragh off to a good start to the second half with a point off his right foot but Eskra answered quickly with a free.

The game continued to be a close affair as the second half went on. Martin Taggart kicked a super score while Paddy Roche set up Jude Campbell for another good point but Eskra responded with an excellent 45 in the tough conditions and a free to draw level once again.

Both sides had chances to go in front but the Drumragh defence stood tall with Ryan McGaughey, Conor Kelly and Mark Carroll getting in some important blocks and challenges.

It was Drumragh who eventually did go ahead and it was a lead that they would not lose. A strong run from Sean McGoldrick was ended illegally and Martin Taggart converted the resulting free. Malachy McManus then added an excellent score from distance to open up a two-point lead.

And then came the key moment of the game. Barry Fitzgerald created a turnover in the half-back line, and the ball went through the hands of Gareth Starrs, Daniel O’Neill and finally Sean Diamond, whose perfect long pass inside sent Martin Taggart through one-on-one with the Eskra goalkeeper. Martin made no mistake with the finish and Drumragh took a firm grip of the game.

Eskra refused to give in though and kicked two points in quick succession to bring it back to a one-score game. However, Drumragh made their way up the field and got another point courtesy of Martin Taggart to extend the lead out to four.

And with that the referee blew the final whistle and Drumragh were Junior Reserve Championship winners once again. 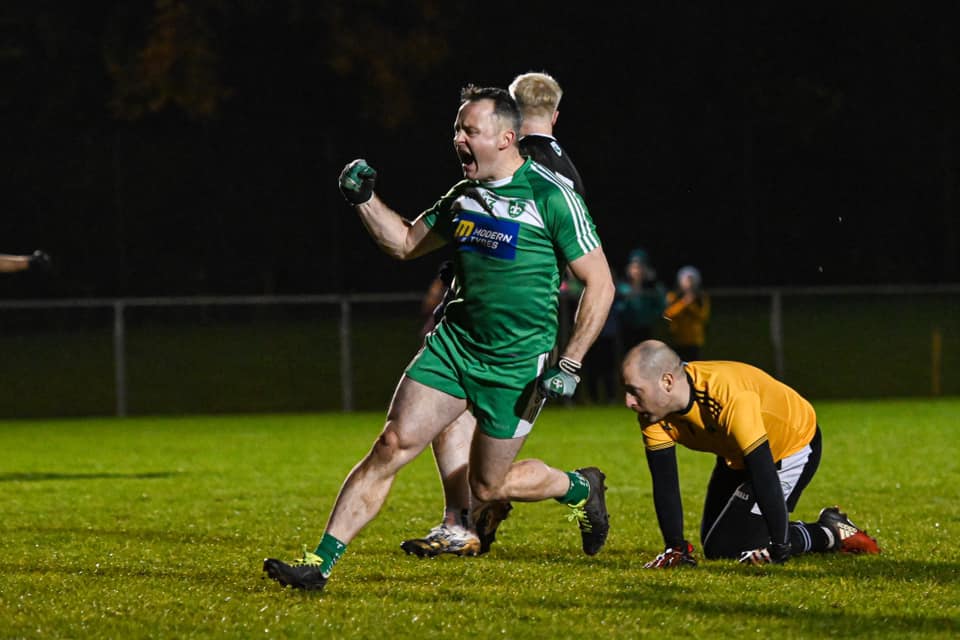