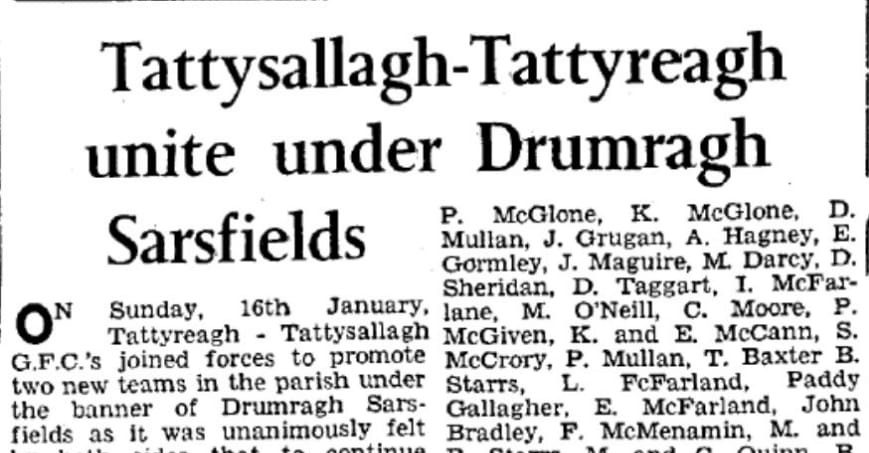 Patrick GriffinJanuary 16, 2022Comments Off on Tattysallagh-Tattyreagh unite under Drumragh Sarsfields0171

• The following report appeared in the Ulster Herald following the formation of Drumragh Sarsfields.

On Sunday, 16th January, Tattyreagh – Tattysallagh GFCs joined forces to promote two new teams in the parish under the banner of Drumragh Sarsfields as it was unanimously felt by both sides that to continue alone would be highly impossible as the pool of players was not large enough to create enough interest.

It was honestly felt by all that were keenly interested in keeping the National game alive in the area that this solution was much better than the two individual sides having to completely fold altogether.

It was also decided by those present that Peter McGlone along with J Darcy and chairman P Satrrs would be completely responsible for the choosing of the teams.

It was earnestly hoped that the new club would get the support of all the people in the area concerned in order to keep the GAA interest alive in the community.

Any other person interested and who may have been inadvertently omitted is earnestly asked to attend. The above players are requested to bring slippers and togs.

All players are also requested to note that a challenge game has been fixed for Sunday next at 3.30. All players must turn out for this game. 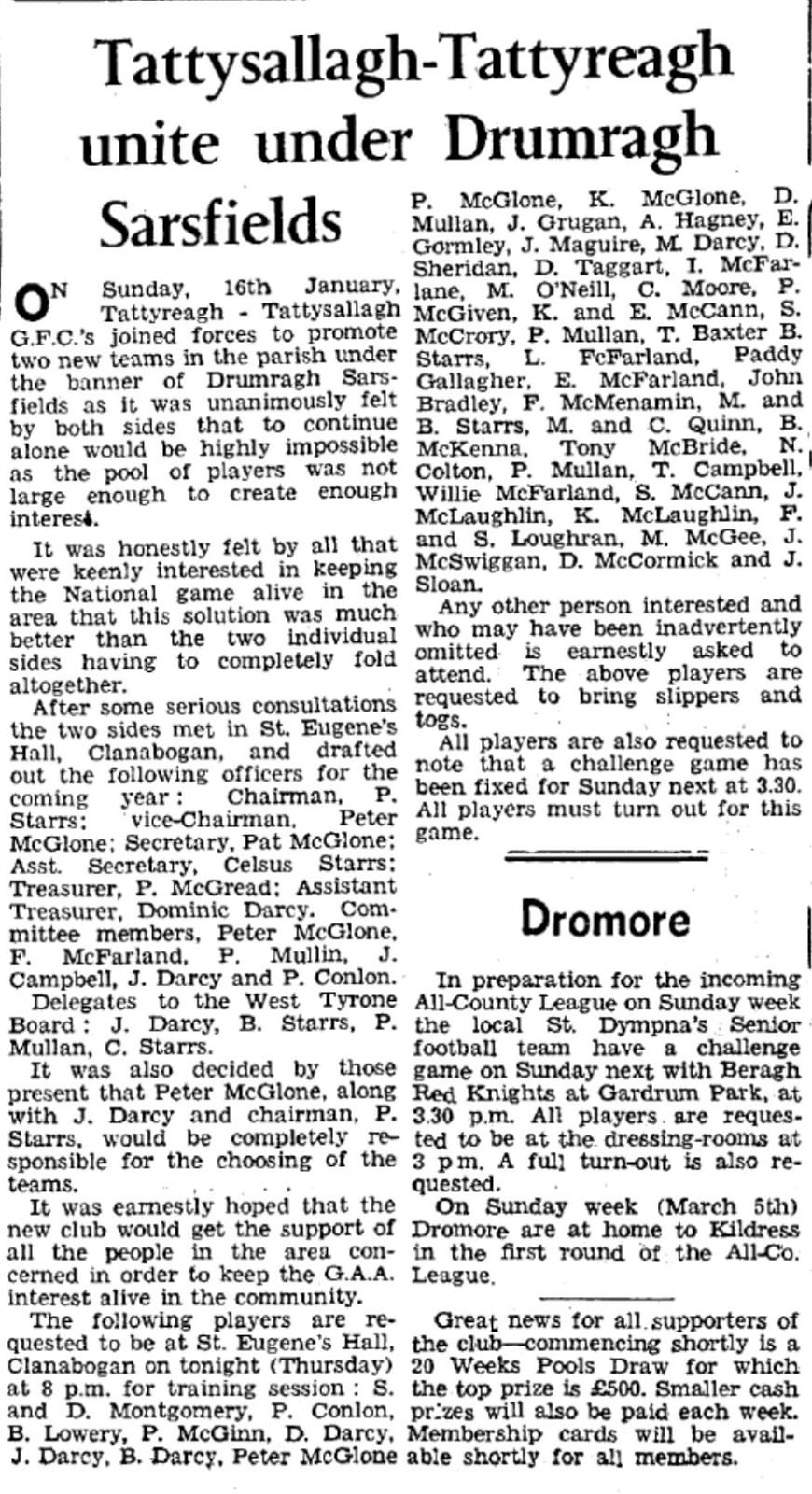 Drumragh Sarsfields were formed after a meeting in St Eugene’s Hall, Clanabogan on January 16, 1972