Patrick GriffinFebruary 2, 2022Comments Off on Glorious victory for Drumragh U14s0260

• The following match report appeared in the Ulster Herald after Drumragh U14s won the 1984 Tyrone Grade 1 league title by beating Dungannon 4-11 to 0-1 in Cookstown (the final was delayed to February 1985).

Drumragh collected their first ever U-14 title when they won the final of the 1984 football league competition by defeating Dungannon last Saturday in Cookstown.

The young Sarsfields gave a power-packed display to completely over-run the Clarkes on the score of 4-11 to 0-1.

The winners played a brand of football that would have done senior teams justice and Dungannon just had no answer to it.

Leading 3-7 to 0-1 at half-time, Drumragh coasted to a very easy victory against a club who have had great success at youth level over the years. Michael Fahy in goals, dealt comfortably with every thing that came his way.

The full back line of Barry McGlone, Colm Montgomery and Niall Campbell gave an outstanding defending display and clearing their lines. In the half back area, Paul McGlone, Dermot Ward and Shane O’Neill were unbeatable and set up many attacks with intelligent use of the ball. 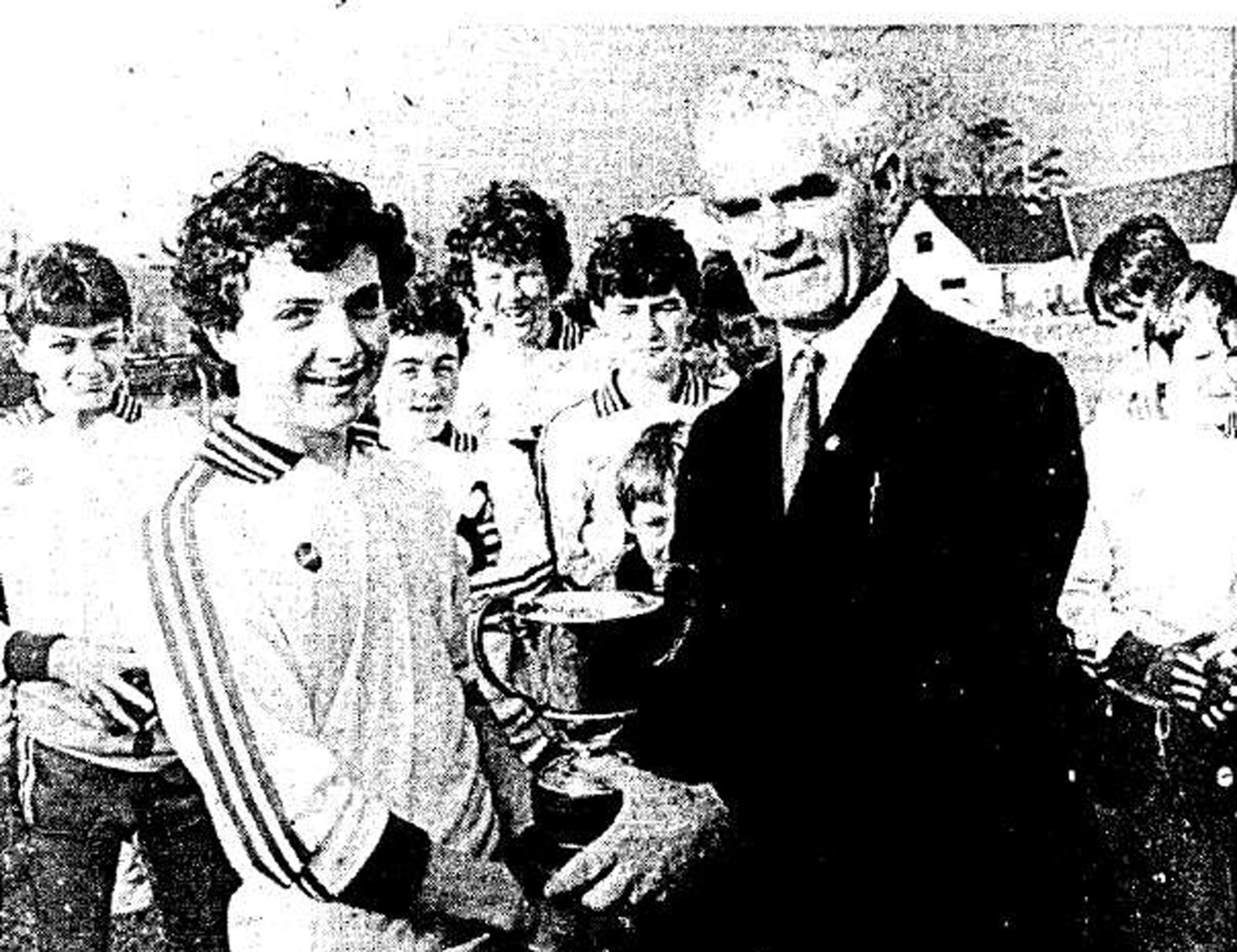 The two midfielders, Conor McCluskey and Fabian McGlone were in total control throughout and gave their forwards a steady supply of ball which resulted in some great scores. Damien Murphy, Emlyn McGale and Dessie O’Connor ran the Dungannon defence ragged and between them they scored some glorious points.

Dungannon, although outplayed, were a very sporting team and their display of sportsmanship at the end of the game brought a lot of credit to their club and the GAA in general.

In Gerry McIntosh, Thomas Colton, A O’Neill and Philip Devlin they had players who gave everything.