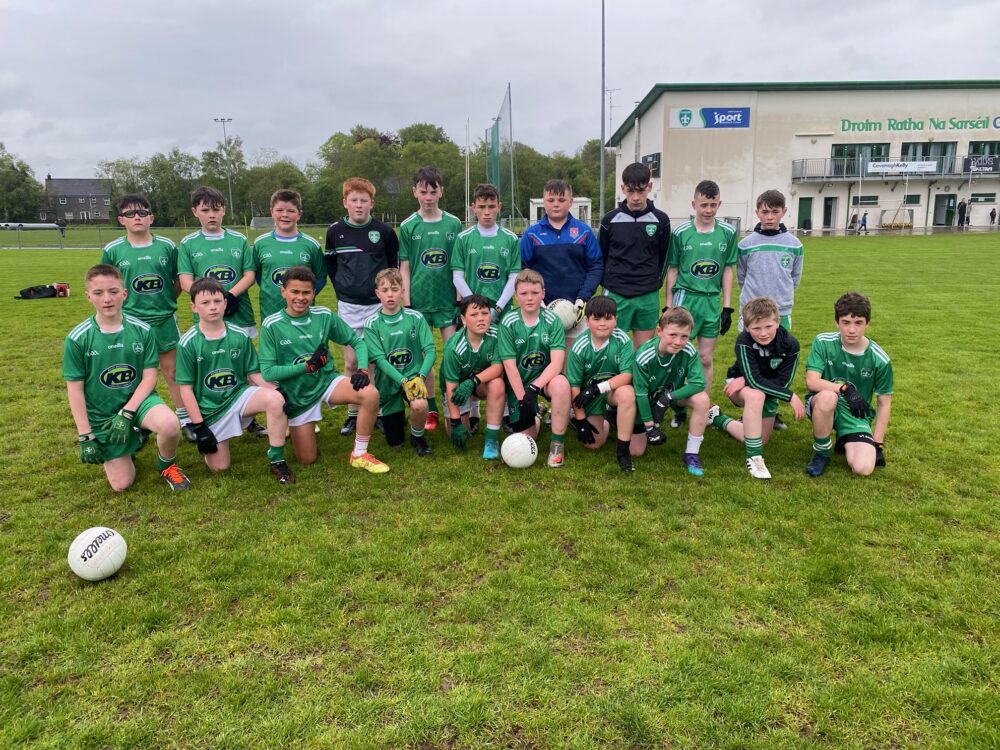 League defeat for Drumragh U13 boys

Patrick GriffinMay 13, 2022Comments Off on League defeat for Drumragh U13 boys0230 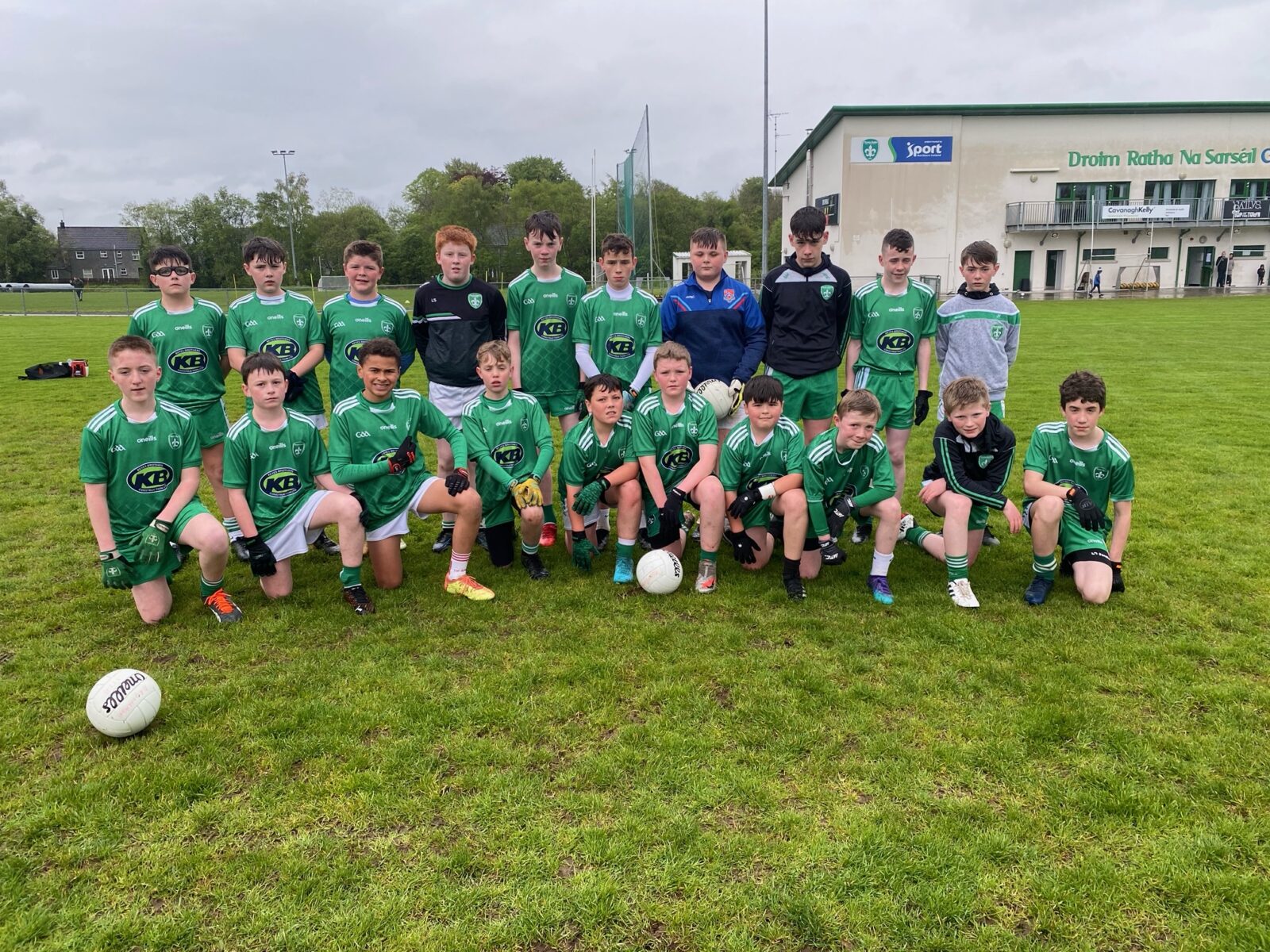 Drumragh U13 boys before Thursday’s game against Greencastle at Clanabogan

Drumragh U13 boys were beaten by Greencastle in the league at Clanabogan Park on Thursday evening.

In a game that was played in absolutely horrible conditions, both sides deserve credit for some of the football played throughout.

Greencastle dominated possession for the opening five minutes but Drumragh defended superbly. The full back line of Oisin Walsh, Tiernan O’Donnell and Cahir Keyes got in a number of blocks and interceptions.

The away side did eventually open the scoring with a goal and added three points on the bounce to their total. Niall Gormley led the Drumragh response with a goal after good play from Se Mullin and Ollie Hagan. Joseph Taggart followed that up with a point after Niall Burt’s pass found him in a bit of space.

Greencastle rallied before half-time and were able to stretch out their lead despite good defending from Matthew Barrett and James Gallagher who were able to cut off a number of dangerous attacks. 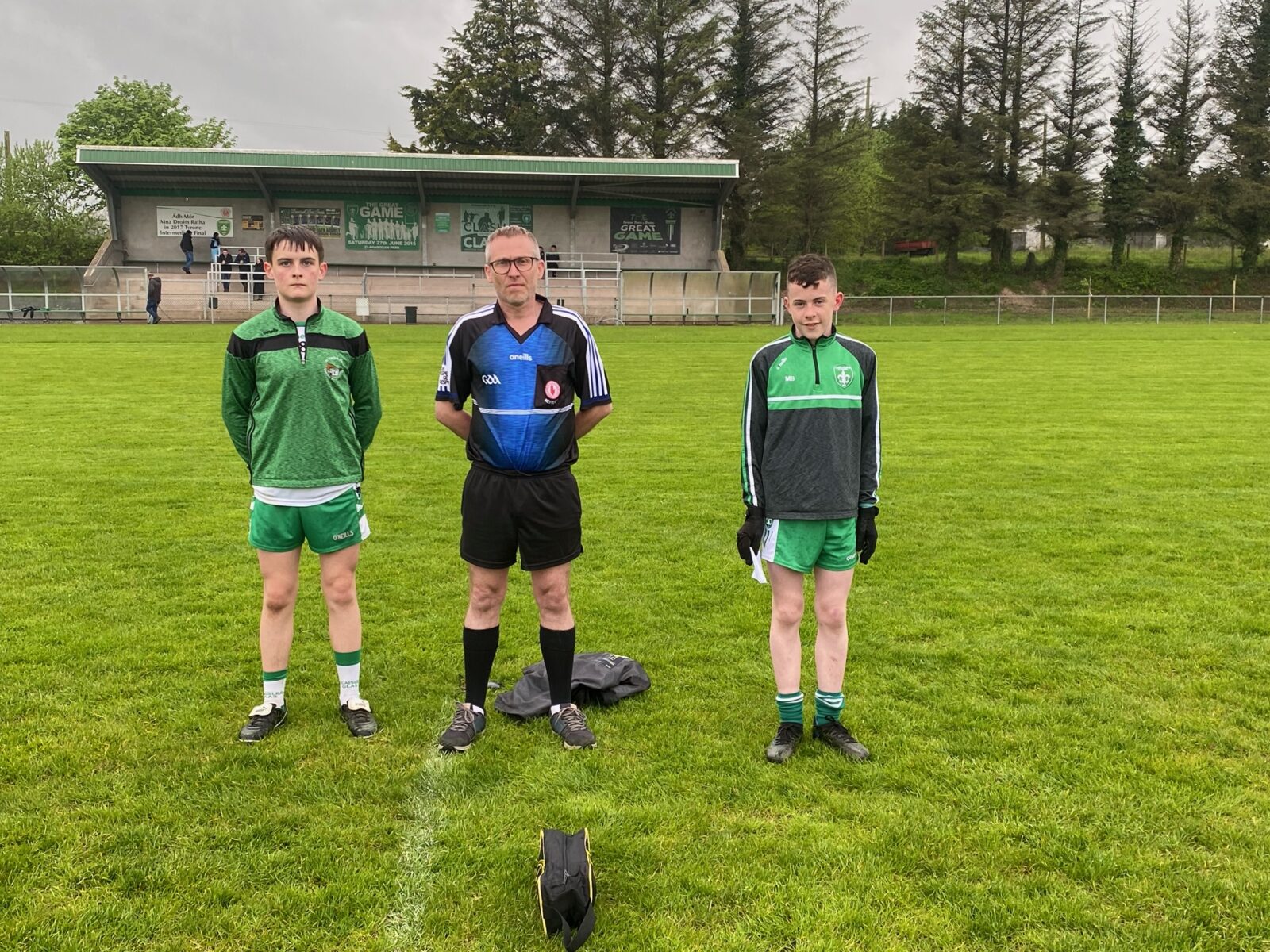 Matthew Barrett, Drumragh’s captain, with the Greencastle captain and referee before the start of the game

Drumragh came out in the second half in determined fashion and quickly set out to cut into the deficit. Matt Gallagher converted a couple of frees after fouls on James Gallagher and Conor Fyffe. Ollie Hagan then goaled for Drumragh after Matt Gallagher and Luke Hagan combined to create the chance.

Greencastle answered back with a point but Drumragh went straight back up the field, where Conor Fyffe set up Joseph Taggart for a well-taken point.

The Drumragh defence were working hard to stop the Greencastle attack. Corner back Cahir Keyes did brilliantly to catch a high ball into the crowded square, while Tom Barrett and James Gallagher started a few attacks with important turnovers in the half-back line.

Drumragh goalkeeper Matthew O’Doherty made a fantastic save and from there the ball went up the field via Matthew Barrett, Se Mullin and Niall Burt and then to Conor Fyffe who pointed.

Greencastle were awarded a penalty and Matthew O’Doherty again saved brilliantly, however, the rebound was finished to the back of the net. They soon added another goal along with a couple of points.

But Drumragh, helped by the introduction of the subs, did not give up, typified by a brave block from Oisin Walsh to prevent a Greencastle goal. Conor Fyffe kicked a good point and the same player scored a goal after an excellent pass inside from Matthew Barrett.

Drumragh reserves make it two wins from two Next post