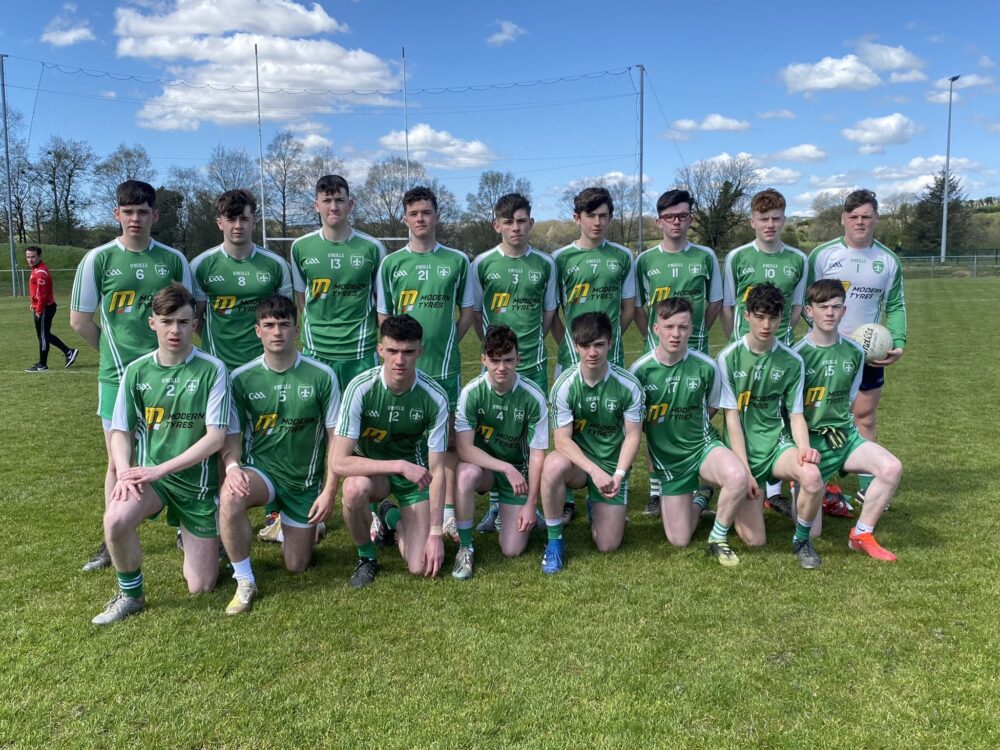 Patrick GriffinJune 27, 2022Comments Off on Drumragh U19 boys miss out on final spot0168 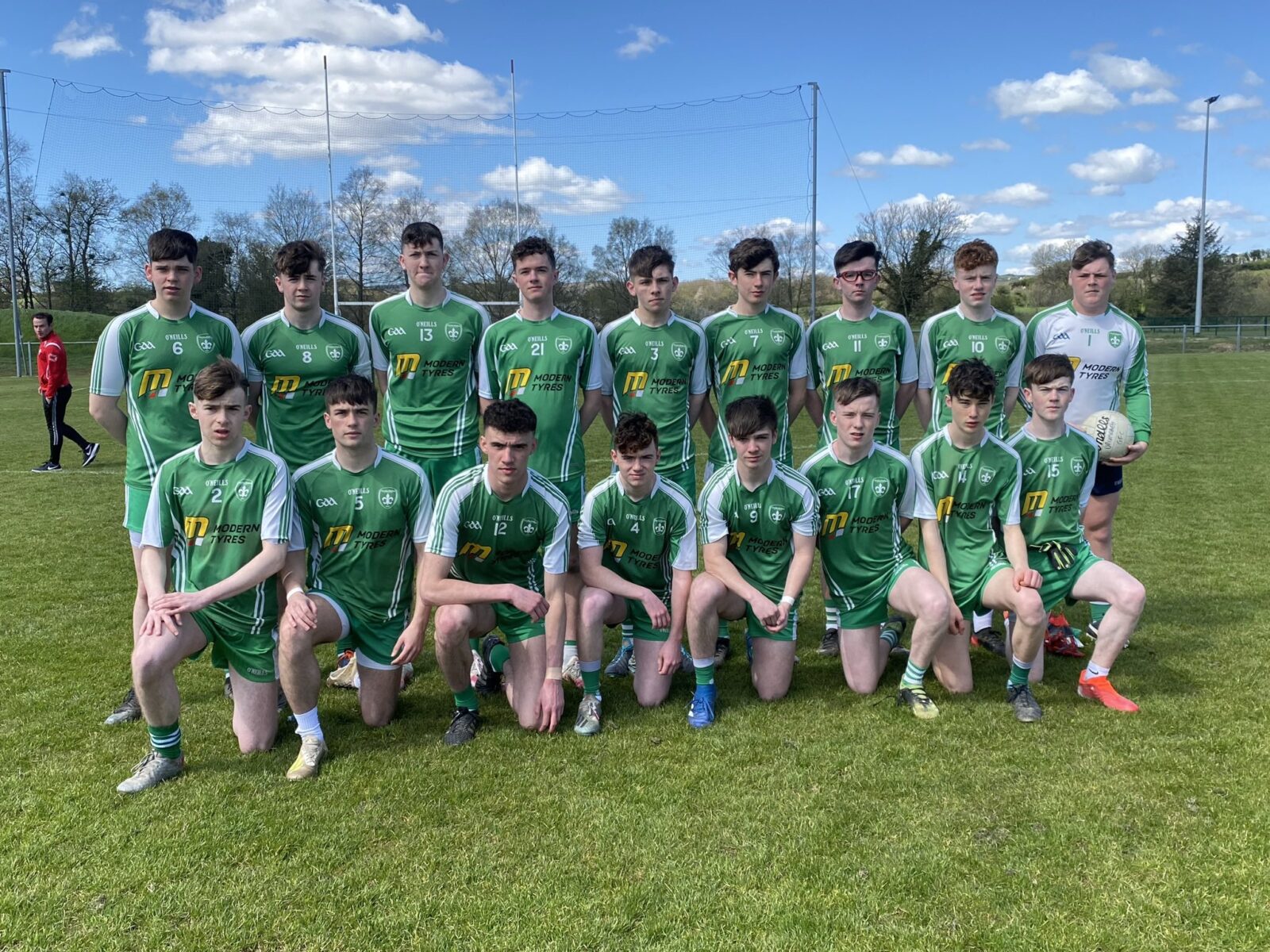 A high-scoring first half left Drumragh trailing by five points at the break.

Drumragh soon got up-and-running through Kian Murphy with Niall McCarney and Ben Monk scoring either side of a Rock effort. And they were soon level with Niall running on to Daniel O’Neill’s clever pass forward, before rounding the goalkeeper and finishing to the back of the net.

A goal and two points in quick succession put Rock back in control. However, the Drumragh repsonse to that run was impressive. Kian Murphy was on target twice, once from play and another from a free, while Alex McGlinchey kicked a good score after Cormac Dolan’s pass had put him into a bit of space.

A turnover from Ryan O’Neill in the full-back line started a move that ended with Daniel O’Neill shooting past the Rock goalkeeper for Drumragh’s second goal, Blaine Feeney, Eoin Coyle and Conor Kelly all involved in the build-up.

But it was Rock who ended the opening 30 minutes stronger building up that five-point half-time lead despite a good score from Dylan McNamee.

Brendan Quinn got Drumragh off to the perfect start in the second half with a great goal. He did well to win Oran Devlin’s pass inside near the sideline, drove forward before firing the ball to the roof of the net. Rock responded with a free but Ben Monk kicked a good score after Kian Murphy and Cormac McCann and Mattie O’Donnell had created the chance.

Niall McCarney’s shot was tipped over the bar by the Rock goalkeeper as Drumragh continued their good start to the second half.

The teams went point-for-point for a while with Kian Murphy on target for Drumragh with a couple of frees. Good pressure from Alex McGlinchey and Sam Devlin created a turnover in the Rock defence allowing Niall McCarney to convert a difficult free. Both sides created other chances too with Drumragh goalkeeper Sean O’Doherty making a good save from a Rock attacker who went through one-on-one.

Helped by the introduction of the subs, Drumragh kept pushing. Kian Murphy added a good point from play but they couldn’t get the goal they needed to force extra-time and it was Rock who progressed to the final.