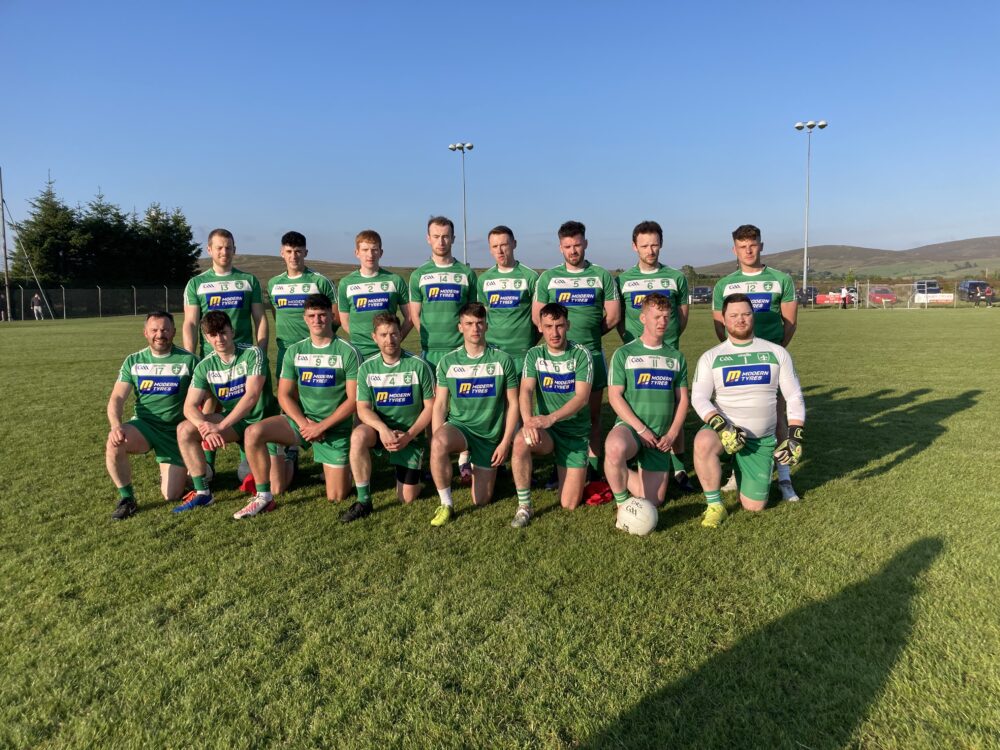 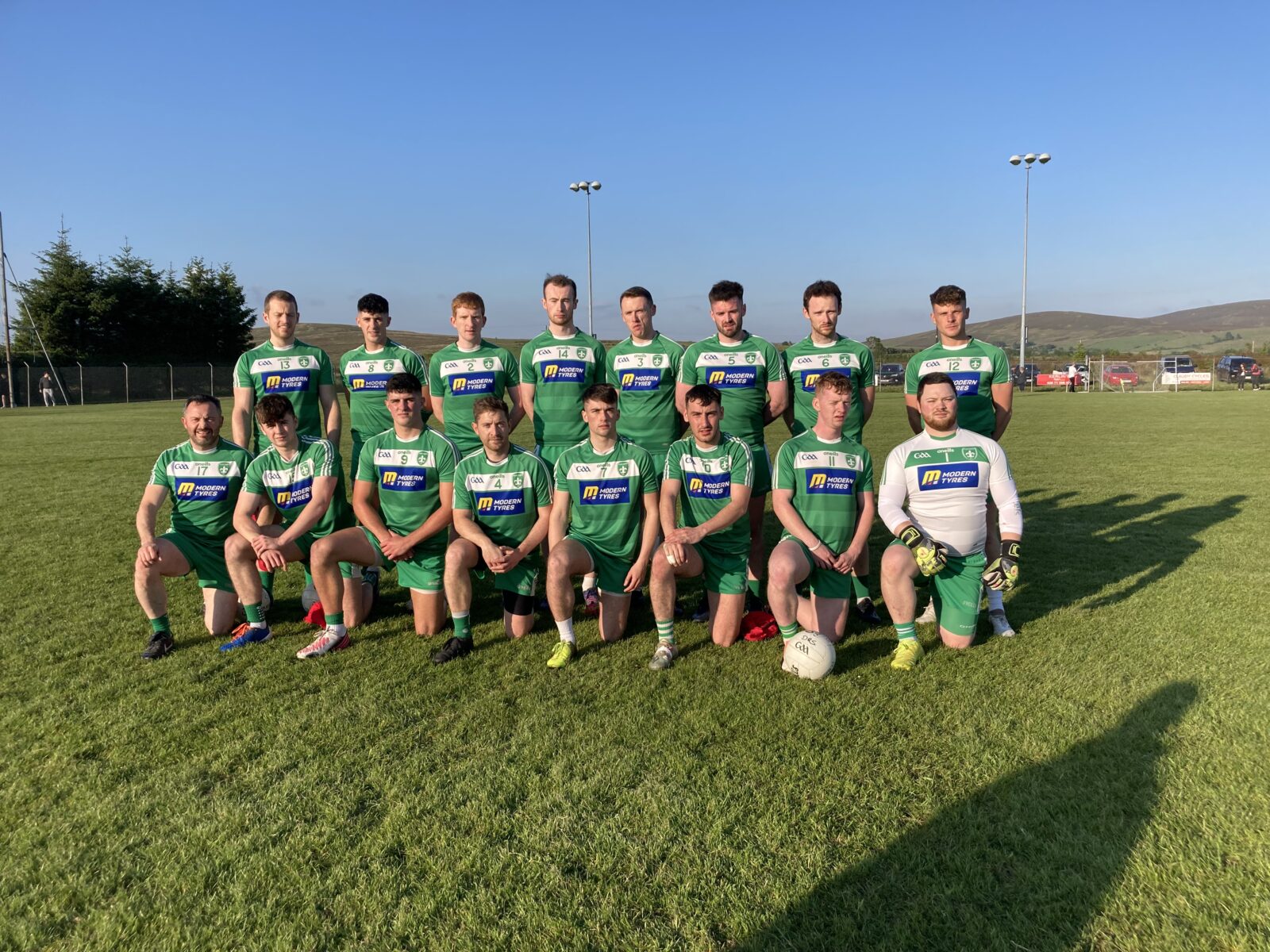 Drumragh senior men headed to Clann na nGael last Friday evening and had a good win against the strong home side.

Drumragh got off to a flying start with a great ball in from Tommy Mullin finding Daniel O’Neill who punched the ball to the back of the net. A point from Tommy Murphy in the seventh minute and another from Shane Devine in the eighth minute had the men off to a great start and a good lead against Clann na nGael’s single point. This was to be a lead that the men would not lose throughout the game.

Patient defensive work kept Clan na Gael far from the danger zone and meant they only had two points on the board by the twenty-minute mark, in comparison to our 1-2.

Another goal was almost scored following a turnover from Barry Kirwan, worked through numerous Drumragh men before the ball found Paddy Colgan who had the shot on goal, denied by the Clann na nGael goalkeeper.

Determined to add to the scoreline, Ronan Maguire got a point in the 22nd minute followed by a great point from Sean McGale. More hard work from Sean and Paddy Colgan resulted in a free, taken and converted by Eoin Montgomery. Another great defensive turnover got the ball back up the pitch once more in the final minutes of the first half, with a free taken by Tommy Murphy to stretch the lead even further before the break. The men finished the half with a 1-6 to 0-2 lead.

A point from Eoin Montgomery at the start of the second half meant the men got off to another good start but Clann na nGael were determined to bite back when they got a goal in the 33rd minute.

Drumragh remained calm, however, and a sideline ball from Shane Devine found Ronan Maguire who gave it to Sean McGale who had another great score from play. A free won by Tommy Murphy was added to the tally and the early Clann goal was almost wiped out on the scoreboard.

Another free from Eoin Montgomery stretched the lead further and was nearly doubled with a turnover won by Gareth Haughey and the ball given to Paddy Colgan on the break who had a great ball in to Tommy Murphy. Tommy had a shot on goal, but this was scuppered by the Clann na nGael defence and sent out for a 45.

A well worked score for Alex McGlinchey with hard work from Paddy Colgan and Marty Taggart saw Drumragh finish strong on a score line of 1-12 to 1-06.