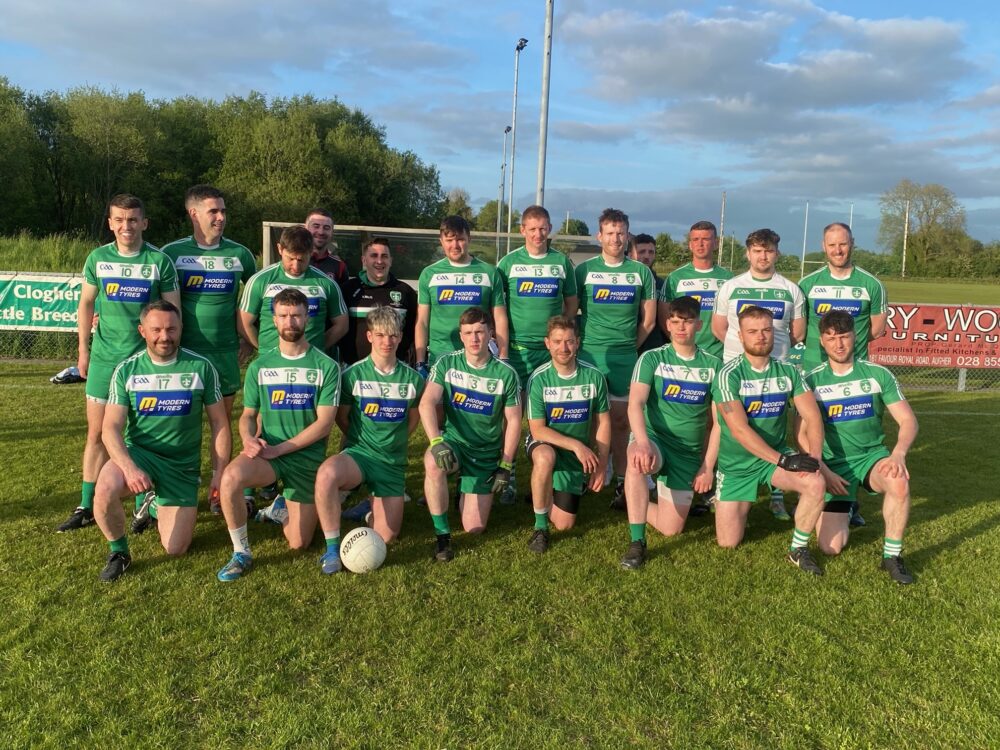 Patrick GriffinJune 1, 2022Comments Off on Excellent win for Drumragh reserves0160 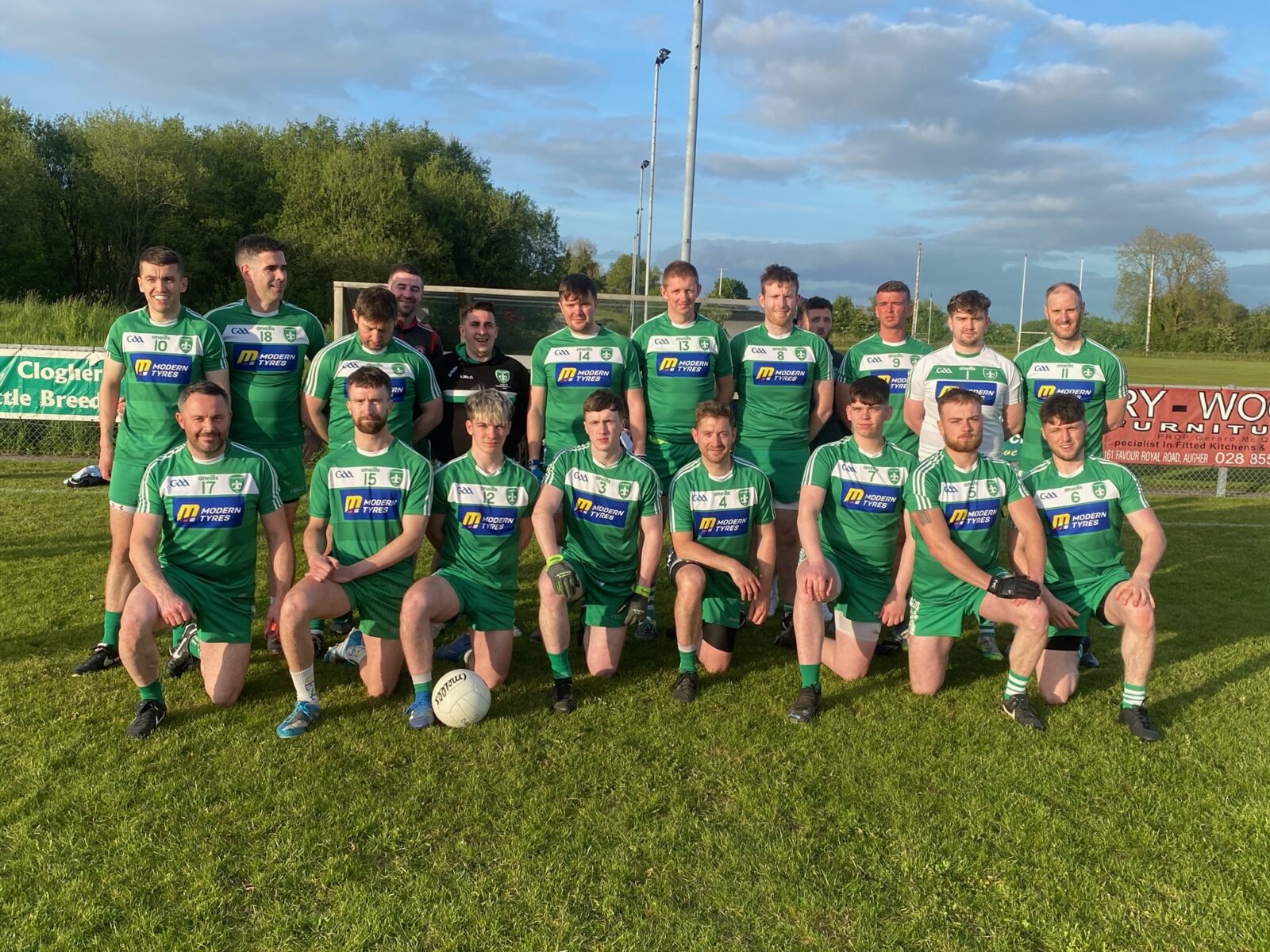 Drumragh reserves kept up their winning ways with an excellent victory over Augher last Friday.

Drumragh got off to a poor start and quickly found themselves 0-6 to 0-0 down after only five minutes.

But Matthew Kerlin got Drumragh up-and-running with a free after Oisin McCullagh had been fouled in the 10th minute.

Augher responded with a point but Drumragh then enjoyed a purple patch. Paddy Roche did well to win a ball along the endline and sent it over the bar from a tight angle, Kevin Marron added a point, Kevin and Paul Maguire set up Paddy Roche while Barry Kirwan kicked a fantastic score after James Campbell had won the ball back in the Drumragh defence.

The home side scored a goal and a point in quick succession but Ben Monk answered back for Drumragh with a goal. He took the ball past the Augher goalkeeper and finished soccer-style to the back of the net.

Kevin Marron set up Oisin McCullagh and Paul Maguire for points closing in on the break leaving Augher with a two-point lead at half-time. 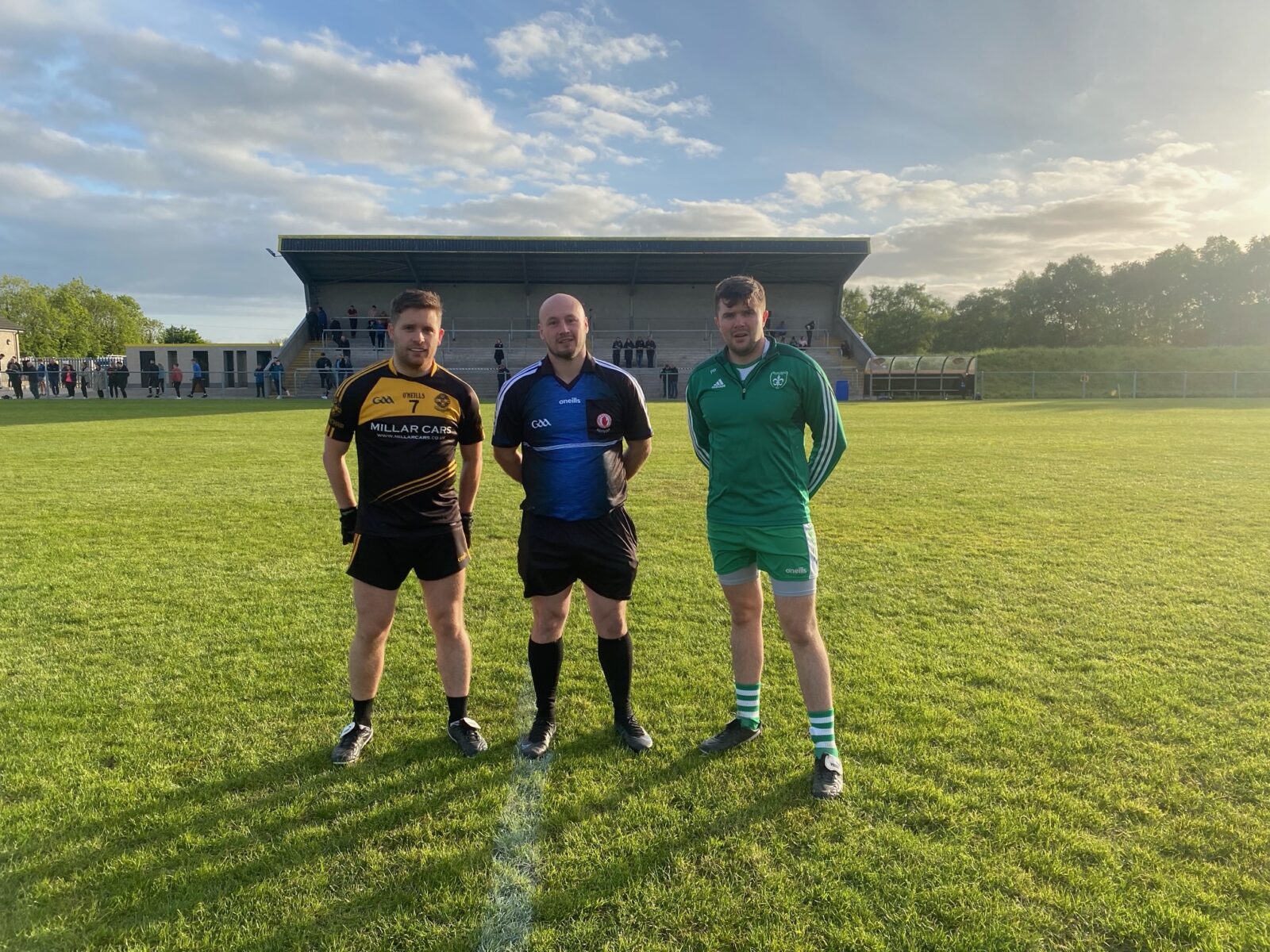 Paddy Roche, Drumragh’s captain, with the Augher captain and referee before the start of the game

Drumragh got off to a flyer in the second half. Matthew Kerlin kicked a free after he was fouled before Conor Kelly brought the teams level.

A free from Martin Taggart gave Drumragh its first lead of the game and Matthew Kerlin increased that lead with a good score from play.

The sides exchanged points – Matthew Kerlin (2) and Kevin Marron on target for Drumragh – but Augher were soon level with their second goal of the game.

However, the Drumragh response was good with Ben Monk scoring his second goal of the game with a great finish. Brendan McGrath, Mark Carroll and Barry Fitzgerald all stopped Augher from scoring in the aftermath of Ben’s goal.

And that allowed Drumragh to go up the field with a fine team move involving Ryan McGuigan, Garbhan McKenna and Martin Taggart ending with a Johnny Browne point.

That gave Drumragh a four-point lead. Augher needed a goal and almost got one only to be denied by Drumragh goalkeeper Charlie Colton. And with that the referee blew the full-time whistle to confirm a great Drumragh win.

Drumragh U13 boys lose out in league semi-final Previous post