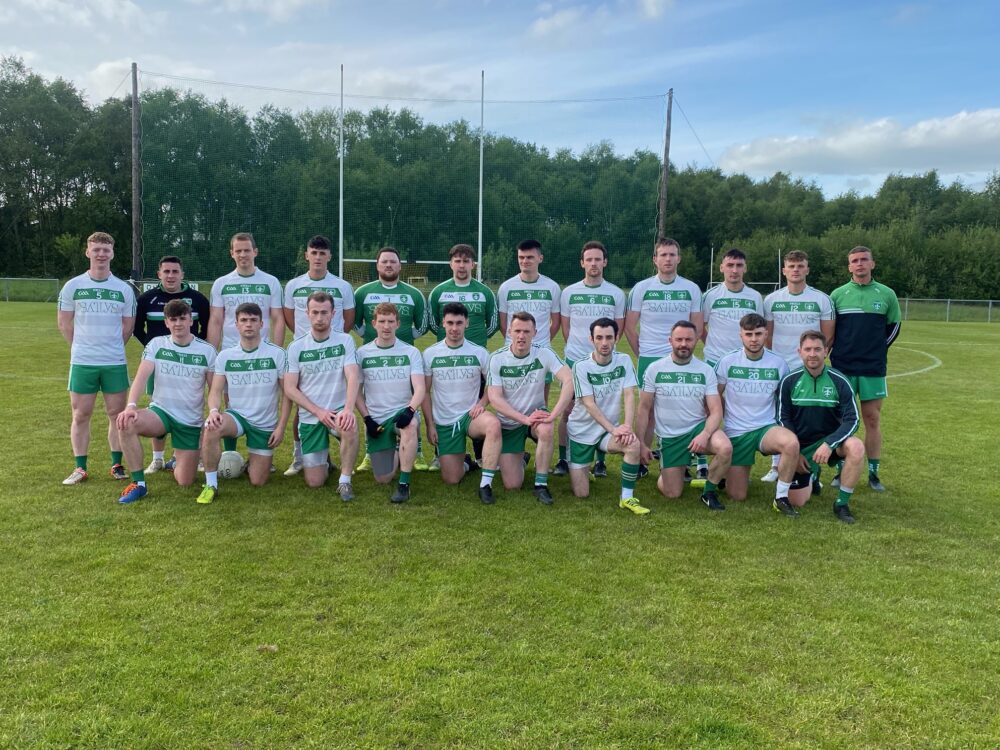 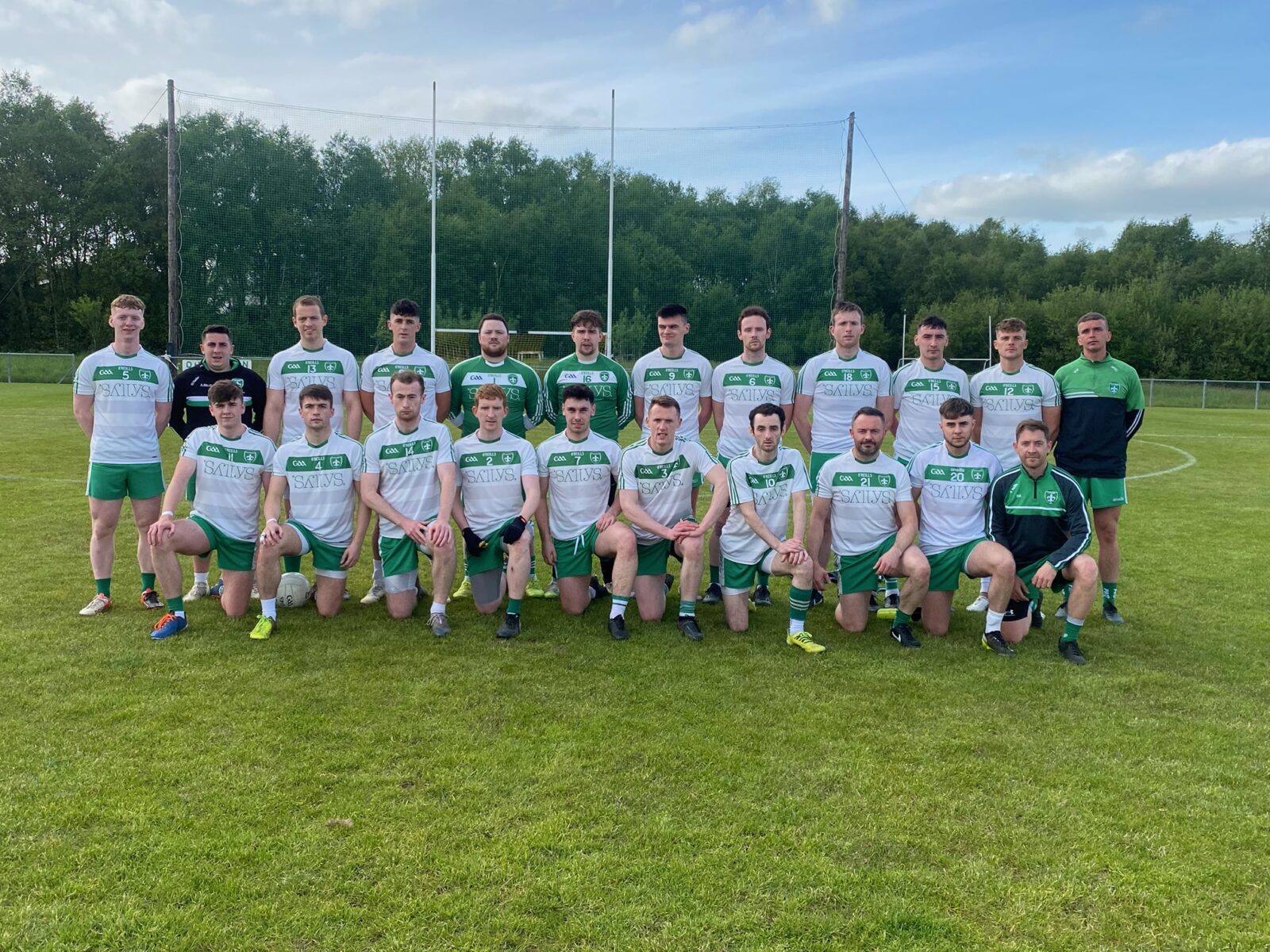 The Drumragh team before their league game in Augher last Friday

Drumragh senior men suffered a one-point defeat away to Augher in the league on Friday evening.

It was a low scoring opening quarter with Andy Colgan and Eamonn Kerrigan doing well defensively early on for Drumragh.

Tommy Murphy put Drumragh ahead with a good score from play although Augher quickly equalised with one of their own.

Shane Devine won a high ball into the full-forward line, where he was fouled with Tommy Murphy stepping up to put Drumragh in front again.

The sides went score for score for a while. Daniel O’Neill and Alex McGlinchey both kicked wonderful points while Aaron Montgomery set up Daniel for another good score.

Shane Devine doubled Drumragh’s lead but Augher finished the half strong to take a one-point lead at the break. 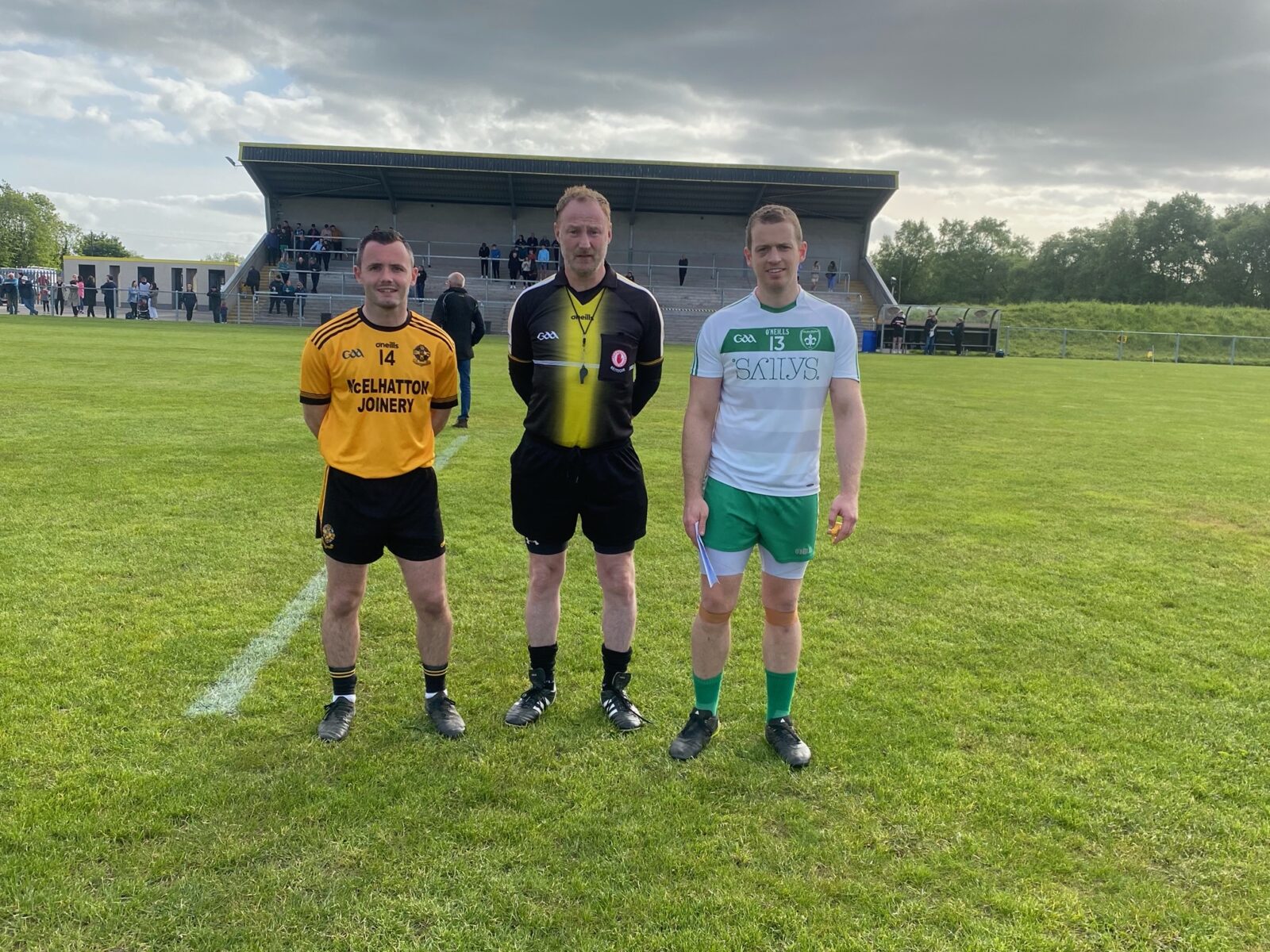 Drumragh captain Gareth Haughey with the Augher captain and referee

Tommy Murphy converted a 45 at the start of the second half and soon added a quality effort from play.

Augher responded well though and kicked 1-3 without reply to build up a six-point lead.

Drumragh, however, refused to give in and fought their way back into the game. Kian Murphy was on target, Tommy Murphy converted a placed ball after Paddy Colgan was fouled, before he added another two points from play.

Micheal Mullin won the ball back and it was moved through the hands of Kian Murphy, Tommy Mullin and Daniel O’Neill and eventually to Martin Taggart who finished past the Augher goalkeeper for a goal.

That left it a one-point game in injury time but Drumragh could not get the score they needed to take something from the game.

Drumragh U15 girls perform brilliantly at Féile Next post