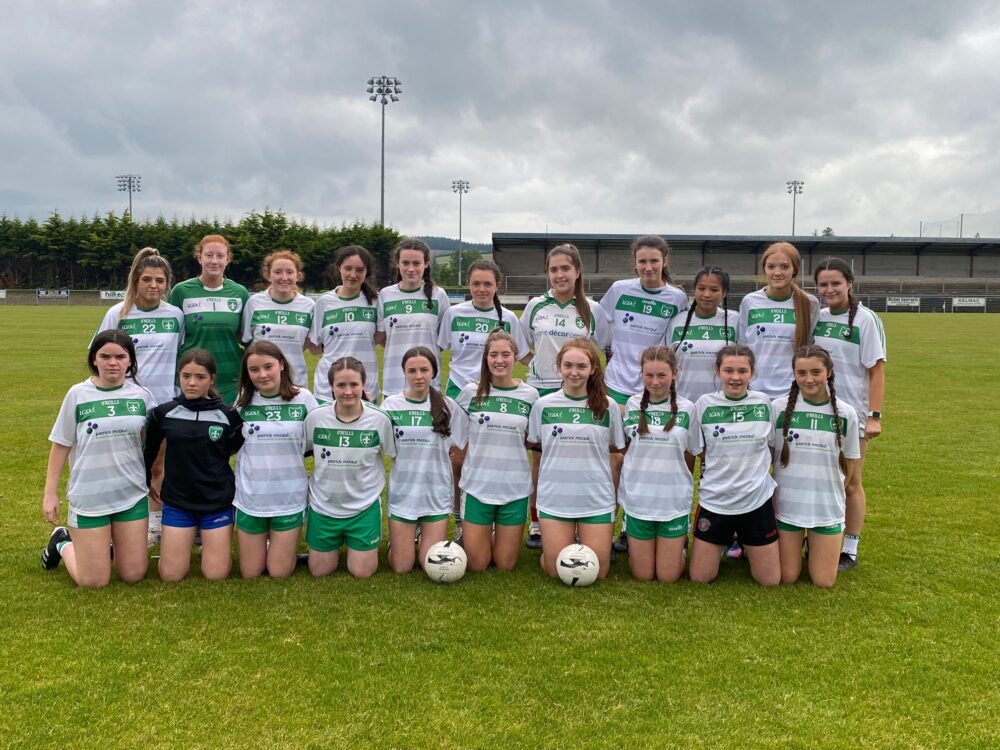 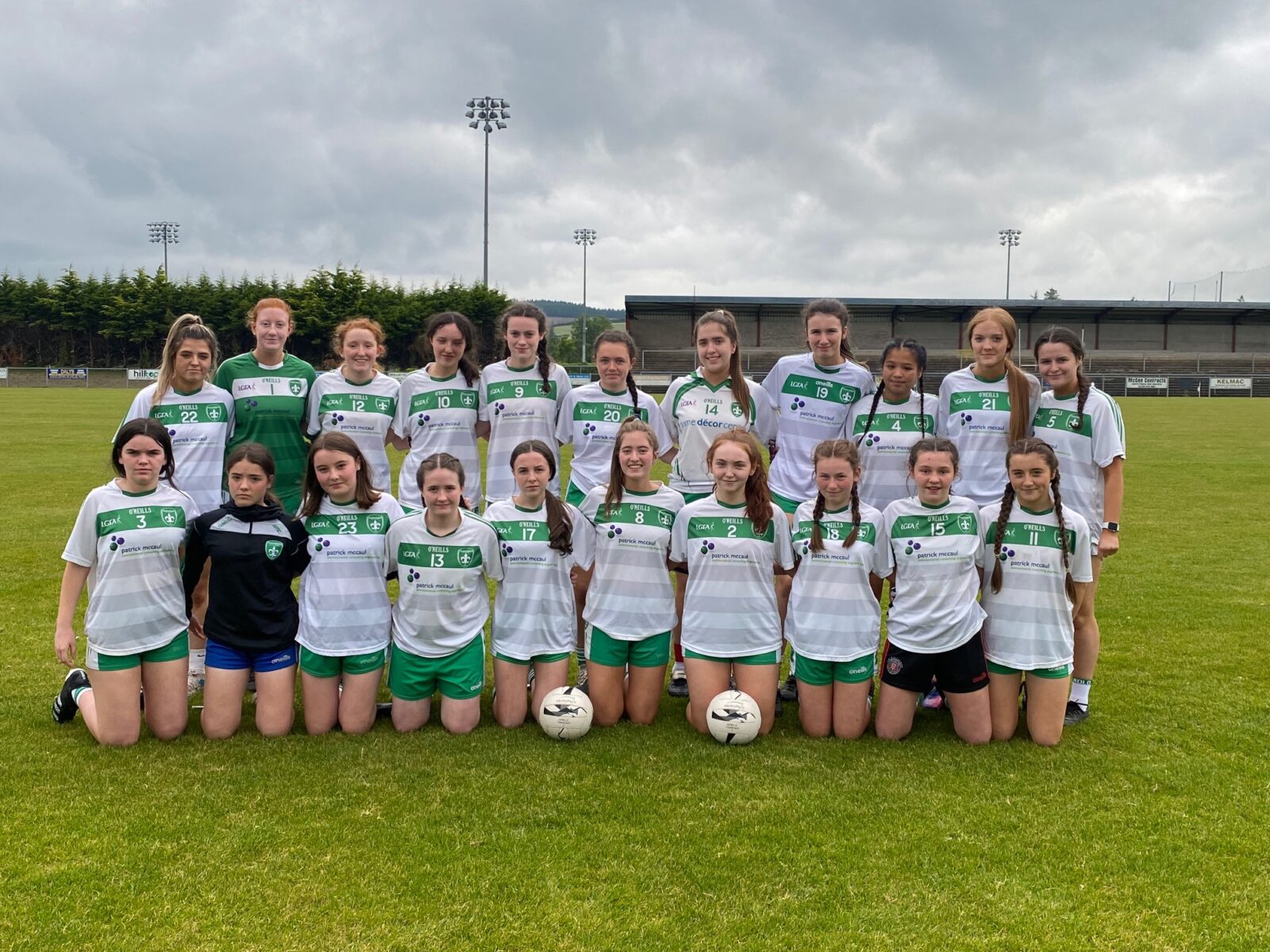 It was a cruel outcome for Drumragh who played wonderfully throughout the 60-plus minutes. Both teams deserve credit for providing an exciting, high-quality game of football where the result was in doubt right up until the final whistle.

The home side opened the scoring with a point and had the opportunity to extend that lead when they were awarded a penalty. But Drumragh goalkeeper Aine MacRory produced a brilliant save with full-back Genevieve Norris completing the clearance. And that started a counter-attack that ended with a fine score from Caoimhe McCarron.

Rihanna Mullin intercepted the kickout that followed and put Drumragh ahead. Galbally answered back quickly and soon built up a lead with a couple of goals. They had other chances too but good defending from Lily O’Kane and Cora Walsh prevented further scores.

However, back came Drumragh. Iona Mills and Evie Gallagher combined to create a chance for Caoimhe McCarron and she made no mistake. Emma McCloskey then scored a goal when she reacted fastest to the rebound when Emma-Cait Gallagher’s initial shot had hit the post. That score came about after a text-book dispossession from Mia Feeney in midfield had stopped a dangerous Galbally attack.

The teams exchanged frees – Caoimhe McCarron responsible for Drumragh’s after Rihanna Mullin had been fouled – before Drumragh took the lead again with their second goal. A brilliant run from Caoimhe took her past a couple of players and her pass inside was finished expertly first-time on the ground by Rihanna Barrett. It was a great goal.

Galbally replied almost immediately to take the lead again and nearly had another goal but were denied by a brave block from Cara Kerlin. And then, a good support run from Evie Gallagher allowed her to put the ball over the bar, leaving a point between the sides at the break. 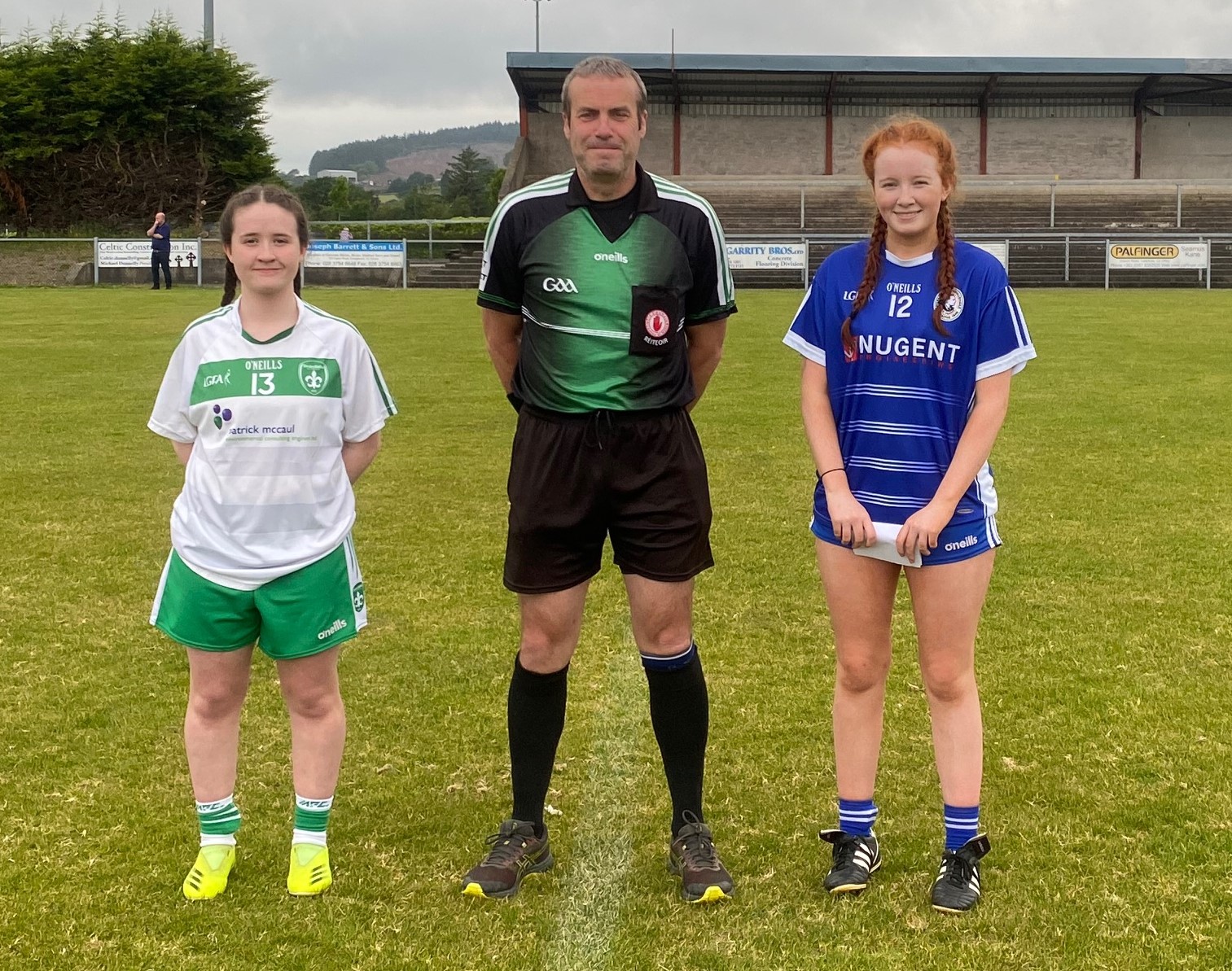 Drumragh goalkeeper Aine MacRory was called into action early in the second half but again stood tall with a good save, Josie Hughes alert to clear the rebound.

A few minutes later Galbally did score a goal to stretch out their lead. Caoimhe McCarron kicked a free – as did Galbally – but Drumragh got right back in the game with a Rihanna Mullin goal. Drumragh’s subs were having an impact and it wasn’t long until Rihanna brought the teams level with a point after good play from Caoimhe McCarron and Aoibhinn Gallagher.

While Galbally went ahead again with a goal and a couple of points, Drumragh just refused to give in. Emma-Cait Gallagher scored a goal with a brilliant finish while the same player was fouled allowing Caoimhe McCarron to put a free over the bar.

That left a point in it. Drumragh pushed for an equaliser but were not able to get it to force extra-time, despite a brilliant effort from every player.